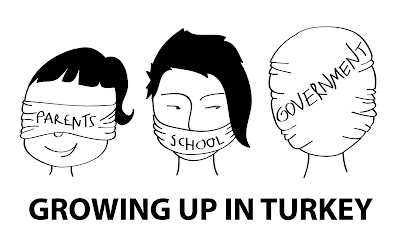 Turkish state personnel knew Dink was to be killed, presidential board says

from Today’s Zaman, your gateway to Turkish daily news :: Columnists by LALE KEMAL
?State officials became aware of a threat against Dink?s life, but failed to take the necessary measures. Had they done so, they could have prevented him from being killed. ? The lack of coordination between the National Police Department and gendarmerie intelligence led to Hrant Dink?s death.? These are some of the striking excerpts from a recently released 653-page report prepared by the Presidency over the killing of Turkish-Armenian journalist Hrant Dink in İstanbul in 2007.

State control board says emperor has no clothes

from Today’s Zaman, your gateway to Turkish daily news :: Columnists by MARKAR ESAYAN
?A ruling by the European Court of Human Rights [ECtHR] dated Dec. 14, 2010, regarding the Dink v. Turkey case, concluded that the applicant?s right to life was not effectively protected by Turkey, the right to a fair trial was breached, an effective investigation into the failure to protect his right to life was not carried out and relevant remedies were not properly offered. In the face of this, allegations against public servants that they acted negligently in this case were verified, and criticisms were raised suggesting that the negligent public servants were favored during this process that resulted in the murder of Dink; and this made the content and outcomes of the administrative investigations into the murder questionable.?

Dink murder case should be reopened

Now it is the judiciary?s turn to fix the Dink case

from Today’s Zaman, your gateway to Turkish daily news :: Turkish Pre by HASAN CEMAL
The summary of a report prepared by the State Audit Institution (DDK) regarding the murder of Turkish-Armenian journalist Hrant Dink has revealed that mistakes were made in the investigation of public officials who were suspected of having acted negligently in preventing the murder.

from Hurriyet Daily News
The European Court of Human Rights ruled against Turkey in the case of Erbil Tuşalp, a Turkish journalist..

from Hurriyet Daily News
The first female Turkish justice at the European Court of Human Rights has urged Turkey to maintain a balance between freedom of expression and anti-terrorism measures while also warning Ankara about the number of cases pending before the court.

from Bianet :: English
CHP member Onur asked in a parliamentary question how “bonus points” were going to prevent arbitrary custodies. Onur addressed Minister of the Interior Şahin with the question whether this system was applied in the Ergenekon, Hopa, KCK and Oda TV operations.

from Bianet :: English
Minister of Justice Ergin announced that the number of child political prisoners increased from 17 in 2005 to 1,023 in 2010.

from Today’s Zaman, your gateway to Turkish daily news :: Columnists by YAVUZ BAYDAR
At the current juncture of Turkish politics and transformation, which to a large extent has defined and shaped national politics, it would be misleading to think that all the doors to the ?old regime? are completely closed. The elements of the past are very much vital to the present and in some areas visibly excessive. The sense of being in the middle of the old and new can be perceived as hopeful or threatening, depending on which one you identify with.

ECtHR’s decision and the cases against Ergenekon by Atilla Yayla*
Today’s Zaman
by Atilla Yayla
The European Court of Human Rights (ECtHR) has issued an interim decision concerning an application filed by Tuncay Özkan, a defendant in the Ergenekon cases, a clandestine organization nested within the state trying to overthrow or