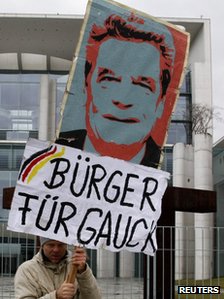 10 things the EU should probably know about social media

from Blogactiv by Mathew Lowry
The ever-excellent For Immediate Release (episode 638) put me onto 10 things you still need to know about social media / social business, by Olivier Blanchard (aka the Brand Builder), which sounds like every other post you?ve ever hear of. But it?s worth a read (the hint is in the use of the word ?still?).

The New Federalist: ACTA and the EU: Dangerous bedfellows?

from Bloggingportal.eu – Today’s posts
Thousands of protesters took to the streets of Europe and beyond last weekend to protest against the Anti-Counterfeiting Trade Agreement (ACTA). Citizens in several cities including Vilnius, London, Sofia, Valetta and Tallinn rallied together and par…

Joachim Gauck, a former anti-Communist human rights activist in East Germany, is set to become the next German president – the third in less than two years – following the resignation on Friday of Christian Wulff amid accusations of impropriety.

from euro|topics
The civil rights activist Joachim Gauck will succeed Christian Wulff, who resigned on Friday, as German president. This was the agreement reached on Sunday evening by the ruling parties and the opposition Social Democrats and Greens. The appointment of Gauck, who is regarded as a moral authority, is a smart move on the part of the chancellor, even if he won’t be an easy president to deal with, commentators write.

Following the resignation of Germany’s President Christian Wulff last week after a long drawn out affair involving an undeclared loan from a businessman (not the most salacious scandal ever), Protestant pastor and DDR human rights activist Joachim Gauck has been nominated as his replacement by the governing CDU/CSU and FDP coalition, with support from the opposition SDP and Green parties. This means he is virtually guaranteed to secure the position after a parliamentary vote (German Presidents are not directly elected).

from euro|topics
Criticism is growing over the second rescue package for Greece passed on Tuesday. IMF head Christine Lagarde wants to see reforms before she allocates more money, and several national parliaments have yet to agree to the plan. Immediate insolvency would spare Greece and the Eurozone much suffering, some commentators write, while for others the greatest danger lies in the total control being exerted over Athens.

from Ideas on Europe by Ronny Patz
Some weeks ago, the Commission refused to give its agreement to the merger of Deutsche Börse and the New York Stock Exchange (NYSE). I?m not in the position to judge this decision, but the public minutes of the College meeting of 1 February where this decision was taken reveal an interesting argumentation concerning lobbying and leaks in the context of this decision.

The European Union and truth

from FT.com – Analysis
As the woes of Monte dei Paschi di Siena throws its home town into turmoil, its fate will test Italian willingness to adjust to change, writes Rachel Sanderson

from Ideas on Europe by European Geostrategy
By Luis Simón
Last Friday, French President, Nicholas Sarkozy, and British Prime Minister, David Cameron, met in Paris to take stock of the progress made by the military agreements signed by the two countries at Lancaster House in November 2010 and renew their political commitment to the cause. With the caveat of the many hurdles that remain on the way, Friday?s declaration is as systemic as anything we?ve seen militarily in Europe in the past twenty years. It included a range of concrete and far-reaching proposals, namely a commitment to develop jointly a new strike drone with potentially inter-continental reach; an integrated maritime fleet incorporating assets from both countries by the early 2020s; a high level expeditionary exercise in the Mediterranean involving sea, land and air forces, to accelerate the development of the Combined Joint Expeditionary Force by 2016, supported by a Joint Force Headquarters; greater industrial, research, technological and civil and military nuclear collaboration; as well as co-operation in a number of critical capabilities (including submarine technology, strategic airlift, maritime mine countermeasures and satellite communications). The message was loud and clear: notwithstanding their spats over the Euro, France and the United Kingdom are intent on deepening their geopolitical relationship.

from Ideas on Europe by ecfr
Last week Mark Leonard travelled to Stockholm to find out why Sweden was one of the ?leaders? when it comes to European Foreign Policy ? an issue that might also be of interest for policy makers in Bulgaria.

from open Democracy News Analysis – by Dionyssis G. Dimitrakopoulos
Elections in France in 2012, Germany in 2013, the European elections of 2014 and the ongoing negotiations for the reform of the EU?s multi-annual financial framework for the 2014-2020 period are opportunities. Whether socialists and social democrats will take advantage of them or not, remains to be seen.
The financial crisis, the subsequent economic crisis and the crisis in the Eurozone can be seen as both a confirmation of the decline of socialist and social democratic parties as well as an opportunity for them to return to their roots, draw on their past achievements, learn from the errors, and begin to create a credible alternative, which Europe desperately needs.

Marine Le Pen: What she means for Europe (News)

As part of an ongoing series, EurActiv France is profiling major candidates in the 2012 French presidential elections, analysing in detail what their political action, programmes and policies mean for the European Union. We start with Marine Le Pen, leader of the far-right National Front.

“Austerity and Growth” by Paul Krugman

UACES member, Simon Usherwood recently presented aUACES Arena seminar at Edelman | The Centre in Brussels to an audience of over 50 representatives from European institutions, think tanks and pressure groups. An article arising from the seminar has since been published by E!Sharp.

from euro|topics
The euro finance ministers resolved early on Tuesday morning to grant Greece new loans amounting to 130 billion euros. In addition, private creditors have signalled their willingness to waive more than the planned 100 billion euros in debts. Although even this hefty bailout package won’t solve Greece’s problems, a collapse of the Eurozone would be more costly, commentators write.

Many questions around the second Greek bailout remain unanswered

by Open Europe blog team
We finally have an agreement on the second Greek bailout?in principle. It only took eight months. If you?re of the belief that a disorderly Greek default would have triggered Armageddon, the deal that was agreed (as ever ?agreed? is used loosely) by Euro finance ministers in the early hours of this morning is broadly good news.

from Global: Henning Meyer | guardian.co.uk by Henning Meyer
We must consider what kind of eurozone we actually want, how we get there and how we avoid damaging democracy on the way
The eurozone finance ministers agreed a new bailout for Greece last night; but this will not end the eurozone crisis. Over recent months, it has become increasingly challenging to keep track of what is going on, but as far as I can see we are caught in three overlapping crises that are becoming increasingly difficult to solve: a structural crisis, a policy crisis and a democratic crisis.

from Blogactiv by Konstandinos Diamandouros
On 15 Febuary, I was listening to Nigel Farage?s intervention in the European Parliament about the Greek crisis  http://www.youtube.com/watch?v=W8Ayb8P1L?).

from open Democracy News Analysis – by Gábor Schein
Now whoever asks a question is arrogantly refused the moral right of posing the question at all, and is actually faced with a threat that has been openly codified in law. That?s new. But Hungary’s authoritarians still have to speak to the outside world in ?European?. Europe is key.

from open Democracy News Analysis – by Carlo Ungaro
In this new European era of technocratic majoritarianism, Italian voters are convinced by none of the political parties. They hope their new Prime Minister might fix things. And post-Monti? There are signs of a rallying around the ‘Catholic vote’.

“Greece and the Eurozone” by Henning Meyer

from Social Europe Journal » Blogs by Henning Meyer
I was interviewed by BBC Newsnight yesterday about ? you guessed it ? the Eurozone crisis. Here is what I had to say. More on the tripple crisis of the Eurozone soon in written format.

The EU antagonises both Left and Right, Chris Grey

from open Democracy News Analysis – by Chris Grey
The EU it is at once both a neo-liberal market project and an internationalist social democratic bloc. For both the Left and Right in Britain, it poses as many problems as it answers.

by Marianna Breytman
This post is part of our special coverage Europe in Crisis.
At the Luis Vives Institute of Secondary Education in Valencia (#IESLluisVives), students gathered to protest against the cuts that the Ministry is carrying out and, above all, because they have to bring blankets to the school due to lack of heating.  Many instances of tension occurred [es] at the Institute due to unjustified police attacks, instructed by the Government Delegate Paula Sánchez de León, which resulted in ten detained students.

Did Facebook Help French President Nicolas Sarkozy With His Timeline? 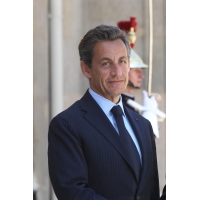 from FT.com – World, Europe
Parliament to pass legislation next week on collective action clauses to force a minority of ?holdout? investors to take losses of around 70 per cent on their holdings

New procedures regarding access to documents in the EU Council?

from Ideas on Europe by Ronny Patz
It was back in October when I discovered that on 29 June 2011 the EU Ombudsman had opened an own-initiative case against the EU Council regarding the appeals procedure (?confirmatory application?) for access to documents requests. In short, the observation was that more or less all confirmatory applications in the Council had been handled outside the basic time limits of 15 working days over the last three years.

The European Council in 2011 (publication)

by Grahnlaw
The Treaty of Lisbon, which entered into force on 1 December 2009, made the European Council (EUCO) an official institution of the European Union. It consists of the head of state or government of each member state of the EU, as well as without a vote, the president of the European Commission (José Manuel Barroso) and the EUCO president elected for two and a half years by the 27 national leaders (Herman Van Rompuy).

from Project Syndicate by Kemal Derviş
DERVIŞ: The Global Future of Europe?s Crisis The stock of financial assets worldwide has grown so large, relative to national income flows, that financial-market movements can overwhelm most countries. Indeed, the European crisis is a mere foretaste of the central political debate of the first half of the twenty-first century: how to resolve the tension between global markets and national politics.

Greek Lessons for the Arab Spring