the best alternative seems to be this: http://gen.lib.rus.ec but not good enough…

update: Some friends recommended this site. I haven’t checked it yet though… http://avaxhome.ws/ebooks

update3: Dear Kaan Öztürk has posted a “requiem” for library nu in Turkish. have a look. I found 3 more alternative sites from that post:

During the past week users of the popular book downloading portal Library.nu started to notice that the site no longer carried links to files.
Today delivered another surprise when the site suddenly began redirecting to Google books.
Initially it was unclear what motivated the site?s owners to take these drastic actions, but a statement by a coalition of the world?s largest book publishers including Cambridge University Press, Harper Collins, Elsevier and John Wiley & Sons, seems to have cleared up the mystery.

Why the Patent System Doesn’t Play Well with Software: If Eolas Went the Other Way

from EFF.org Updates by julie
Everyone, take a deep breath: it seems we?ve had a moment of sanity in the patent wars. Last week, a jury invalidated the dangerous Eolas patents, which their owner claimed covered, well, essentially the whole Internet. The patents were originally granted for an invention that helped doctors to view images of embryos over the early Web. A few years later, smelling quick cash, their owner insisted that they had a veto right on any mechanism used to embed an object in a web document. Really? The patents were obvious?now in 2012, and back in 1994, when the first one was filed. Thankfully, a jury realized that and did what should have happened years ago: it invalidated these dangerous patents.

Pirate Bay: The RIAA Is Delusional and Must Be Stopped 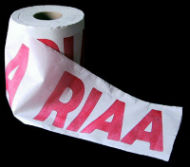 The following is a guest post by The Pirate Bay?s ?Winston? in reply to an article published by RIAA boss Mitch Glazier.
?
The Senior Executive Vice President of the RIAA (wow, what a long title), Mitch Glazier, has published a blog post on why TPB is ?one of the worst of the worst?. The piece gives us ample information on just how delusional the recording industry really is, and shows why they must be stopped.

from social media vb by PamMoore
There comes a time in life when you must acknowledge social media, Facebook, Twitter, LinkedIn are all here to stay. Yes, the social network platforms may change. Facebook will eventually become the Myspace of yesterday. However, one thing is certain, social media, mobile phones, iPad evolution and technology in general is not going away.

from social media vb by IanSmith
Today, thanks to online applications, all social media users now have the opportunity to stand out and in turn become leaders in respect to their interests. As a result, marketers and public relation professionals are forced to reassess their approach to define the notion influence on social networks.

Google Caught Tracking Safari Users: What You Need to Know

from social media vb by Anand Patel
Pinterest is a virtual pinboard in which you can “pin” images and videos – it is basically a huge image sharing website! Users create boards related to specific topics and from there pin or repin content onto these related boards. It really is like having gigantic pinboards that you can use to display magazine cutouts.

from All Facebook by Dennis Yu
Sponsored stories can counter a decline in organic impressions, while increasing engagement rates and amplifying your word of mouth. Facebook does this by taking your existing content and fan actions, then promoting it to their friends.

A Decade of Open Access (And the Challenges Ahead)

from EFF.org Updates by parker
Ten years ago this week, the Budapest Open Access Initiative (BOAI) was released to the public. This seminal document explained how technology could revolutionize academic publishing, and defined “open access” as the free and unrestricted availability of peer-reviewed journal literature online. Perhaps most importantly, the BOAI laid out a strategy for making open access a reality. In the decade since its publication, the 13 original signatories behind the initiative have been joined by a still-growing collection of over 5500 individuals and 600 organizations.

by trevor
This is the second part in an EFF series. Part I, on UK-based FinFisher and France-based Amesys, can be read here.
On Sunday, CNN reported that dozens of activists in Syria have had their computers infected with malware that allows supporters of dictator Bashar al-Assad to spy on their every move. The virus, according to CNN, ?passes information it robs from computers to a server at a government-owned telecommunications company.? Meanwhile in Iran, the government has cut off most encrypted web traffic flowing through the country, meaning ordinary Iranians have lost the ability to safely use many popular communications tools like Gmail, Twitter, and Facebook.

from Wired Top Stories by Kevin Makice
Study looks at how couples and gaming may, or may not, go together.

from Sysomos Blog by Mark Evans
A couple of weeks ago, the University of Massachusetts at Dartmouth published a report that corporate blogging was on the decline. This was based on the number of Inc. 500 companies had dropped to 37% from 49%.

Israel?s largest bank comes under cyberattack, Iranian hackers believed to be behind it

3 thoughts on “our lovely Library.nu closed down by a coalition of international publishers so that we can continue to BUY their expensive books”