from Hurriyet Daily News
Victoria?s Secret model Ana Beatriz Barros arrived in Turkey on Feb. 9 for the Istanbul Fashion Week. Speaking to press members in the airport, Barros answered the questions of press members at a press conference.

Istanbul, which went from being a cosmopolitan center in the 19th century to a faded remnant of the Ottoman Empire, is having a moment of cultural rebirth. Suzy Hansen writes about the city’s growing artistic communities for our Voyages issue.

from NYT > Turkey by By SUZY HANSEN
The capital of the old Ottoman empire is hot. The question is whether that?s all it is.

from Kamil Pasha by Jenny White
Suzy Hansen writes about ?The Istanbul Art-Boom Bubble? in the New York Times. (click here) It?s an interesting look inside the glittering, hot-money world of contemporary art in Istanbul. Hansen gives us a sense of the out-of-this world scope of activities, galleries, events, and art production, but also a critique of its limits, its lack of intellectual backbone, inability to engage with Turkey rather than the West, and a sense that its time in the sun is limited before the in-place-to-be moves elsewhere. Below some excerpts (some critiques I thought interesting) from a much broader article that I recommend reading in its entirety.

from Mavi Boncuk by M.A.M
Mavi Boncuk | In January 2012, Haydarpaşa Railway Station closed to allow for the construction of a high-speed rail line between Istanbul and Ankara. Planning for transportation in the greater region and for development of the area around the station is in formative stages, and the future use of the station has yet to be determined.

An ancient palace ruined in Istanbul

from Hurriyet Daily News
The walls of an ancient palace in the protected area of Sultanahmet have been damaged and demolished to build a hotel.

Living in Istanbul, An Interview with Stephane Pecquet

Misafir Yerliler, Local Guests, was a TV program by TRT that Istanbulians from different countries and jobs were interviewed about their life in Istanbul. In this episode Stephane Pecquet, a musician is telling us about his life in Istanbul ? in Turkish.

from Today’s Zaman, your gateway to Turkish daily news :: Interviews
Oil tanker traffic in the Bosporus Strait is a serious issue for Turkey because of occasional accidents that cause environmental, health and property damage near İstanbul.

Where does the name of towns in Istanbul come from 1 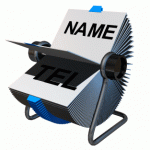 Did you know Taksim means ?shareout? in Turkish, which was the place containing a reservoir from which water is distributed to various parts of a city? We have made a list of the towns and neighbourhoods in Istanbul and translated them into English with their stories to have an idea about the background of these areas. Some of them are quite interesting, like ?Bebek? meaning baby. We hope you will find this list useful.

Is Istanbul a smart city?

from Hurriyet Daily News
Last Friday I had the opportunity to do a radio interview with IBM?s Business Development Executive Esra Çizmeci Yetkin about smart cities.

Istanbul hosts Van Gogh Alive exhibit
PanARMENIAN.Net
Net – Van Gogh Alive, an international traveling exhibition that presents the life and work of the 19th-century Dutch artist in a novel perspective, opened in Istanbul on Feb 9. According to Today’s Zaman, the exhibit will remain on display until May

Archaeology: Istanbul to launch replica of Byzantine ship
ANSAmed
The project of the Istanbul University’s Cultural Artifacts Protection and Restoration Department was recently announced by a Turkish news website and ANSAmed has received photos of the initiative from the University. Construction will start this

Istanbul leads Emerging Trends ranking for 2012
PropertyEU
For the second consecutive year, Istanbul ranked first for both investment and development. Its popularity, the report said, is due largely to its strong economic growth prospects and favourable demographics. Retail development in Turkey has