this is a breaking news. News of dismissal in Turkish here.

Toward a new setting in Turkish security bodies

The benefit of the MİT crisis

from Today’s Zaman, your gateway to Turkish daily news :: Columnists by ERGUN BABAHAN
The İstanbul Specially Authorized Prosecutor?s summoning of National Intelligence Organization (MİT) Undersecretary Hakan Fidan to give a testimony as a suspect in an investigation into a terrorist organization has led to a huge scandal.

What Turkish Pravdas Learned in the Latest Crisis

The only positive part of the latest political crisis in Turkey, which some see as the manifestation of a conflict inside the AKP government, is the way that the pro-government media reacts.

Kurdish consensus at home can serve Ankara abroad – The National

Face off in Turkish Winter

and more from Turkish politics

from NYT > Turkey by By DAVE ITZKOFF
Paul Auster, whose book Winter Journal was recently published in Turkey, responds to prime minister Tayyip Erdogan, who mocked him for refusing to visit the country ‘because of imprisoned journalists 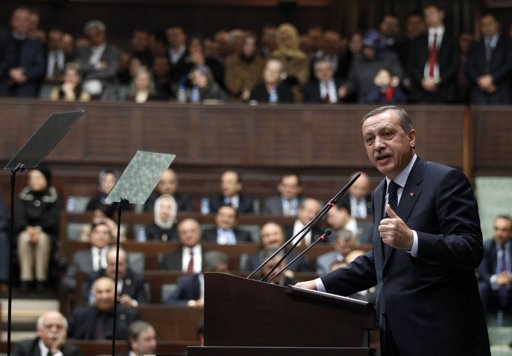 Turkey’s Prime Minister Tayyip Erdogan addresses members of parliament from his ruling AK Party (AKP) during a meeting at the Turkish parliament in Ankara February 7, 2012. Turkey is preparing a new initiative with those countries who oppose the Syrian government, Erdogan said on Tuesday, describing China’s and Russia’s veto of a U.N. resolution on Syria a “fiasco”. REUTERS/Umit Bektas

Turkish deputies duke it out as words fail in Parliament 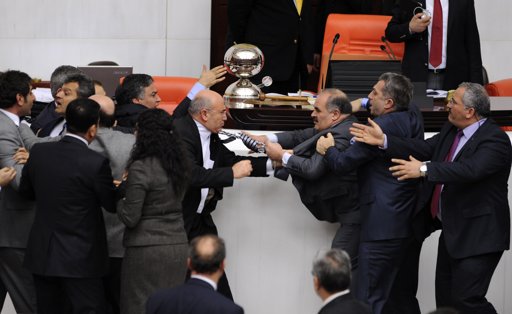 Rules draft on hold after fistfights in Parliament