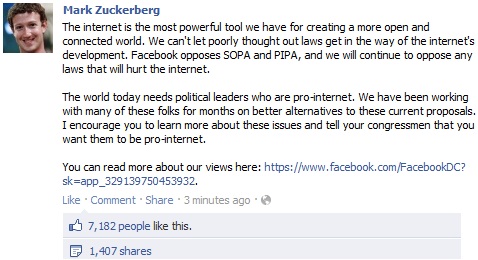 Facebook elected not to go dark to protest the Stop Online Privacy Act, unlike Google, which blocked out its logo, and Wikipedia, which actually went grey.

from Wired Top Stories by David Kravets
There’s a dancing-in-the-street mentality Wednesday in response to a widespread internet revolt against anti-piracy legislation that many believe goes too far fighting online copyright and trademark infringement. Thousands of sites, big and small, went dark or altered themselves to protest the Protect IP Act in the Senate and the Stop Online Piracy Act in the House. But by no sense of the imagination are these bills scuttled.

from Global Voices Online by Silvia Viñas
Ticoblogger [es], a network of Costa Rican blogs, has joined the global protests against the Stop Online Piracy Act (SOPA) and the Protect-IP Act (PIPA). Ticoblogger blogs like Ciencia Ficción [es], Carepicha [es], and El Infierno en Costa Rica [es] posted a message against the U.S. bills and ?censored? part of their content.

Live Tweeting From the NYC SOPA and PIPA Protest 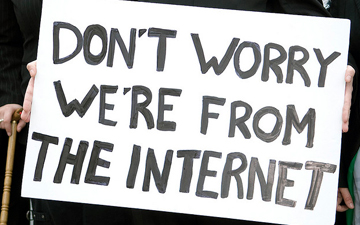 Protesting SOPA: How to Make Your Voice Heard

from Wired Top Stories by Jon Brodkin – Ars Technica
This week, “call your Congressperson” is not just a cliche. It?s one of the most important things you can do to make your voice heard.

Reddit Fights SOPA With Blackout and Call to Action [VIDEO]

You?ve likely noticed the effects or heard of today?s Internet blackout in protest of the Stop Online Privacy Act(SOPA). One of those sites participating in the protest, Reddit, has pledged to go dark for 12 hours, and it?s taken the opportunity to ditch the debates and memes in favor of calls to action.

The Berkman Community Responds to SOPA/PIPA

from Berkman Center Newsfeed by rtabasky
Today, many U.S. websites are participating in a blackout in order to express their opposition to pending U.S. legislation?House Bill 3261, The Stop Online Piracy Act (SOPA) and S.968, the PROTECT IP Act (PIPA).
The Berkman Center for Internet & Society does not take an institutional position on matters of policy. However, it encourages its faculty, fellows, staff, and community members to express their viewpoints, and invites in-depth conversations on controversial issues. Our goals are to stimulate informed analysis and to catalyze the expression of diverse opinions.

Google Thinks OPEN Is a Rational Alternative to SOPA

The tech industry isn?t against all legislative attempts to fight piracy. In fact, Google for one has even endorsed an alternative bill to SOPA called OPEN.
Explaining its opposition to SOPA and Senate doppelganger PIPA, Google?s Official Blog gave a plug for OPEN as an ?alternative approach? and included a link outlining the bill.

The Internet at its Best

from EFF.org Updates by julie
Today, we watch in awe as the Internet rallies to fight dangerous blacklist legislation, the PROTECT-IP Act in the Senate and the Stop Online Piracy Act in the House. The originality, creativity, and magnitude of action we?re seeing represents exactly what these bills would harm most: the value of a vibrant and open Internet that fosters these activities.

from euro|topics
The online encyclopedia Wikipedia shut down its English version for 24 hours on Tuesday in protest at two US draft laws on Internet copyright protection, which it sees as menacing the freedom of the World Wide Web. The protest is a victory over the US entertainment industry, some commentators write, while others find the action completely arbitrary. 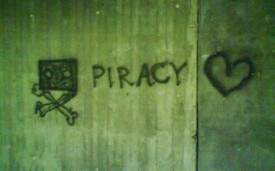 Supporters of the Stop Online Piracy Act, or SOPA (and its Senate-sister the Protect Intellectual Property Act, PIPA) legislation ? like the Motion Picture Association of America (MPAA) ? argue that legislation is needed because online piracy puts jobs and industries at risk.


Voices of the Debate: Where Media Sites Stand on SOPA

The White House & SOPA: Reading Between the Lines

from Boing Boing by Cory Doctorow
Updated: Commenters have pointed out that I’ve jumped the gun here. SOPA is shelved, but not killed. It could be put back into play at any time.

Tim O’Reilly on SOPA: it protects the wrong people

from Boing Boing by Cory Doctorow
In an interview with GigaOm’s Coleen Taylor, publisher Tim O’Reilly explains what’s so wrong about SOPA:

Why SOPA/PIPA protests should matter to people outside the USA

by Cory Doctorow
Michael Geist sez,
While there is little that people living outside the U.S. can do to influence SOPA and PIPA, there are many reasons why it is important for everyone to participate in tomorrow’s SOPA protest.

TED Takes on SOPA: Why it Would Create a ?Consumption-Only Internet? [VIDEO]

from Mashable! by Todd Olmstead

TED has posted an ?emergency? TED Talk called ?Defend Our Freedom To Share (Or Why SOPA is a Bad Idea)? by Internet writer and NYU professor Clay Shirky. Shirky gave his address yesterday at the New York offices of TED, the company that produces a popular series of conferences and lectures about ?ideas worth spreading.?

While all the PIPA and SOPA protests are still ongoing, the first statistics coming in are truly impressive.

SOPA, Internet Regulation, and the Economics of Piracy

LOLing Our Way to Internet Freedom

from Wired Top Stories by Quinn Norton
Online protests against SOPA weren’t all black bars and grim proclamations of doom. Some remembered that the internet is supposed to be funny.