Facebook Spam and Cybercrime on the Rise: How You Can Avoid It [INFOGRAPHIC]

by Joann Pan
Just how much cybercrime happens on Facebook? About 4 million Facebook users experience spam on a daily basis, 20% of Facebook users have been exposed to malware, and Facebook sees about 600,000 cases of hijacked log-ins every day.

from Berkman Center Newsfeed by rheacock
The report is available online and for download via Pew Internet.
WASHINGTON, DC?Charitable donations from mobile phones have grown more common in recent years. Two thirds (64%) of American adults now use text messaging, and 9% have texted a charitable donation from their mobile phone.

Has Google Opened the Door to New Search Rivals? 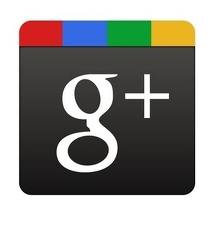 As Google scrambles to establish a strong social foothold, it has unveiled a new version of its ubiquitous search engine called Search Plus Your World.
While it may make sense for Google?s social strategy, it?s a controversial move because it arguably biases search results by putting Google+ front and centre. In particular, Danny Sullivan, one of the leading search engine analysts, has been extremely vocal about how Google?s new initiative had made its results less relevant.
Meanwhile, John Battelle has a thought-provoking blog poston how Google+ represents a conundrum for marketers and anyone interested in being found via Google search.

Search, plus Your World

from The Official Google Blog by A Googler
Google Search has always been about finding the best results for you. Sometimes that means results from the public web, but sometimes it means your personal content or things shared with you by people you care about. These wonderful people and this rich personal content is currently missing from your search experience. Search is still limited to a universe of webpages created publicly, mostly by people you?ve never met. Today, we?re changing that by bringing your world, rich with people and information, into search.

Why Google?s Social Search Is Too Much, Too Soon

Google?s recent change to its search engine is losing in the public opinion arena.

Google Plus Brings Social Media to the Heart of Search

from social media vb by David Amerland
Search, increasingly, is nuanced by social media. The socialisation of content (which is the bulk of what social media marketers post) contributes, significantly to website ranking which then leads to higher volumes of traffic and better search results. Social media then, albeit at a stretch, is search engine optimization (SEO) which, by its very nature is more accessible and thereby more popular than SEOs more arcane and decidedly unsexy practices.

from social media vb by MarketMeSuite
Jack Menzel, product management director of search, explained that now Google+ members will be able to ?search across information that is private and only shared to you, not just the public web.? It’s being dubbed “Search Plus Your World.” There’s a lot of people up in arms about it, but, the most notable opponent is the microblogging giant, Twitter.

How Google?s Social Search Shift Will Impact Your Brand?s SEO

Components Of A Good Crowdfunding Campaign

Nokia, Microsoft Build ‘Beachhead’ in War of the Mobiles

7 Educated Guesses About Social Networks in 2012

from social media vb by Bozhidar Bozhanov
2012 came, and social networks are still omnipresent. Here are some educated guesses about them in 2012. I wouldn’t call these predictions because I don’t have hard data to support them, but from my point of view of a social startup founder, they seem very likely

How Social Media Is Changing Consumer Electronics, and CES

10 Tips for Dating in the Social Media Age

How many times have you overanalyzed or misinterpreted a love interest?s text, let alone a public tweet or comment? And how come he only liked that funny picture I posted on his wall? Why didn?t he comment on it? Has he lost interest in me?

List posts are hugely popular in the blogosphere ? and for a good reason. They attract readers, and they?re easy to write.

8 Rumors About the iPad 3: What It Could Look Like, When It Could Arrive

from social media vb by Virginia Bautista
Find out what “netizens” commonly discuss in social media conversations. Listening to the 8 common types of conversations is practically the first step to building relationships with the consumers, managing the brand?s reputation, generating leads, or engaging potential product ambassadors.

from social media vb by BrianSolis

The truth is that you can create your company brand pages on every social network you can imagine and you won?t succeed unless you know whom you?re trying to reach and where, what it is they expect and value, and how these channels represent a meaningful opportunity for you and your consumers to connect.

Digital Money, Mobile Media, and the Consequences of Granularity

from Savage Minds: Notes and Queries in Anthropology ? A Group Blog by Adam Fish
Nicholas Negroponte famously insisted that the dotcom boomers, ?Move bits, not atoms.? Ignorant of the atom heavy human bodies, neuron dense brains, and physical hardware needed to make and move those little bits, Negroponte?s ideal did become real in the industrial sectors dependent upon communication and economic transaction. In the communication sector, atomic newspapers have been replaced by bitly news stories. In the transactional sector, coins are a nuisance, few carry dollars, and I just paid for a haircut with a credit card adaptor on the scissor-wielder?s Droid phone.

from social media vb by mlewis1
Engagement with your audience is one of great advantages of social media marketing, but creating meaningfuland advantageous conversations is as much an art as it is a science.

Internet Research & Ethics: The Case of the London Riots Analysis

from Boing Boing by Xeni Jardin
Cory blogged earlier about the Missionary Church of Kopimism, Sweden?s newest registered religion. Now there’s a feature about it in the New Yorker, by Rollo Romig:

from Wired Top Stories by Scott Gilbertson
Browser makers have tapped everything from The Beach Boys to Godzilla to name their offerings. If you’ve ever wondered why Safari is named Safari or what Opera has to do with singers, we’ve got your answers.