Skip to content
New Report: Where people get information about restaurants and other local businesses 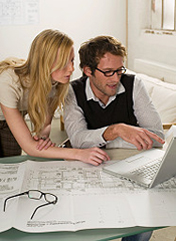 Social media use has become so pervasive in the lives of American teens that having a presence on a social network site is almost synonymous with being online. Fully 95% of all teens ages 12-17 are now online and 80% of those online teens are users of social media sites. Many log on daily to their social network pages and these have become spaces where much of the social activity of teen life is echoed and amplified?in both good and bad ways.

Report: The internet as a diversion and destination

Report: Why Americans use social media

Two-thirds of online adults (66%) use social media platforms such as Facebook, Twitter, MySpace or LinkedIn. These internet users say that connections with family members and friends (both new and old) are a primary consideration in their adoption of social media tools. 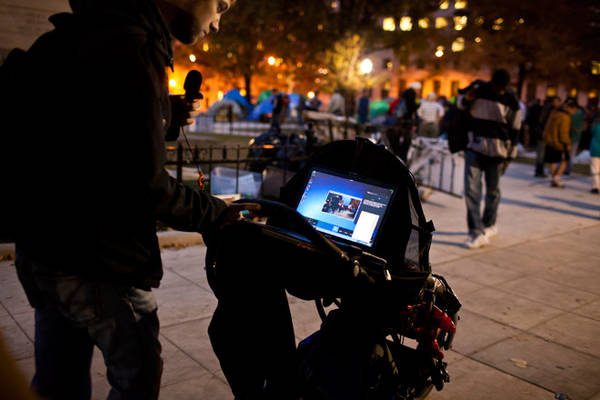 The New America Foundation’s Open Network Technology Initiative, a US State Department-funded project to build an “Internet in a suitcase” that can be dropped into repressive zones where protesters need network access and the state is trying to take it away. The project — a very complex piece of technology — has gotten to the point where it needs a live test, and lucky for the Open Technology engineers, Occupy DC is just down the street, and that’s a great testbed.

Why SOPA is unconstitutional

by Cory Doctorow
The Electronic Frontier Foundation’s Corynne McSherry looks at the revised version of the Stop Online Piracy Act that is going to markup today, and finds that it does not address the substantive First Amendment issues raised by scholars who’ve weighed in since its introduction.

by DOĞU ERGİL
The politics of the 21st century are shaping up with the outcomes of the Russian and Egyptian elections. Both countries have been run by authoritarian regimes and can hardly be labeled liberal. However, the populace is making its views known in both countries, forcing the administrations to heed the voice of the people rather than obey the agendas of their leaders who have little doubt that they know best.

from BBC News | Europe | World Edition
Statistics reveal a widening gulf between net use in the online-friendly north of Europe and the more web-averse south and east. 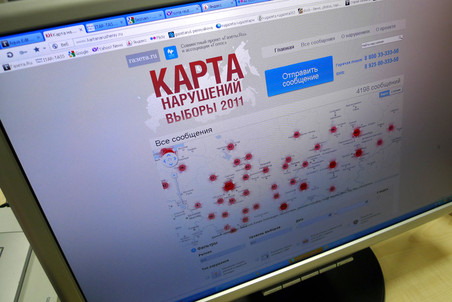 Russia’s blogosphere has until recently been largely written off as a politically blunt parallel space. The Facebook mobilisation of 50,000 protestors has challenged such assumptions, writes Julien Nocetti.

from Material World by Haidy L Geismar
?Tell the truth. Uncover a few secrets”
Giustina Trevisi, Digital Anthropology MSc, UCL
My MA was a study of emerging Colombian communication systems, specifically Facebook. I employed a variety of online and offline ethnographic methods followed by the analysis of mediated content/output. It was discovered that youths in Columbia are implementing quite elaborate secret communication systems in Facebook. Through this research I have exposed three types of strategically crafted secret messaging systems. The first type of secret communication is Fake relationship status or untrue information regarding their relationship status that has a particular meaning to their social group. The second, Secret codes or ?encrypted? communications are public posts that have a secret meaning that deliver a precise message that leads to a particular action and can only be deciphered by a particular person, and third, Indirect messaging system, or public posts understood by most of their Facebook Friends but have a special meaning to the targeted receiver/receivers.

by Cory Doctorow
My latest Guardian column, “The pirates of YouTube,” documents how multinational copyright-holding companies have laid false claim to public domain videos on YouTube — videos posted by the nonprofit FedFlix organization, which liberates public domain government-produced videos and makes them available to the world. These videos were produced at public expense and no one can claim to own them, but multinationals from CBS to Discovery Communications have done just that, getting YouTube to place ads on the video that deliver income to their coffers. What’s more, their false copyright claims could lead to the suspension of FedFlix’s YouTube account under Google’s rules for its copyright policing system. This system, ContentID, sets out penalties for “repeat offenders” who generate too many copyright claims — but offers no corresponding penalties for rightsholders who make too many false claims of ownership.

How SOPA will destroy Internet security

from Boing Boing by Cory Doctorow
Last week’s SOPA hearings were punctuated by facepalming moments in which learned members of the House Judiciary Committee dismissed the distinguished engineers who say the bill weakens Internet security. They said things like, “I’m no nerd, but I just don’t believe it.”

by Cory Doctorow
The Guardian profiles the Deterritorial Support Group, a secretive guerrilla humour protest group whose goals include “full communism, with lulz as a transitional demand.” They’re an interesting blend of radical politics, po-faced irony, sectarian haters, and media pranksters — The Yes Men by way of the Weather Underground.