A traditional Turkish coffee is served at a coffee house in Istanbul. Photograph: Fatih Saribas/Reuters

by Kaya Genç
As Turkey’s coffee culture arrives in London, it provides an opportunity for proper discussion about culture and politics
The coffee house was invented almost five centuries ago, in Istanbul. But it wasn’t Turks who turned the concept into a global business model, it was the Americans. While Turkish waiters kept on serving traditional coffee and water pipes to their loyal customers at cheap prices, Americans designed menus full of delicacies and calories, decorated their coffee houses with comfy chairs, and offered free Wi-Fi. Nevertheless they will still find it hard to convince loyal Turkish coffee addicts like me into giving up our die-hard drinking habits: for us, the siren logo represents terrible coffee consumed over comfortable furniture and the flavour of Turkish coffee remains indispensable.

from Kamil Pasha by Jenny White
There has been a dramatic decline over the past decade in very young women giving birth. (click here) The reasons aren?t give, but we can assume greater education, more prosperity, desire for upward mobility, perhaps greater access to and acceptance of birth control. (In a recent national poll (TESEV, by Carkoglu and Kalaycioglu, I believe), more than half of the respondents wished for birth control to become even more available.

About the Difficulty of being a Child in Turkey

by Fréderike Geerdink
DIYARBAKIR ? Thousands of people are leaving the city of Van in the southeast of Turkey, after it was hit by two earthquakes in less than three weeks. According to Turkish media, the migrants say that the city is no longer livable: there is not enough electricity, and life in tents is increasingly difficult now […]

by Zoe Wood
In Istanbul’s grand bazaar you can smell the money changing hands as tourists go into battle over carpets and fake designer handbags. Cash is king here ? haggling prowess sets the price, rather than the beep of a barcode scanner. But that could be about to change, as young Turks embrace technology that could consign banknotes and tense verbal exchanges to the dustbin of history.

Many hunters hunted in the Feast of Sacrifice in Turkey

from Hurriyet Dailynews by ISTANBUL – Anatolia News Agency
Some 470 people who were injured while slaying animals for the Muslim holy Feast of Sacrifice have been treated by emergency services in hospitals across Istanbul. 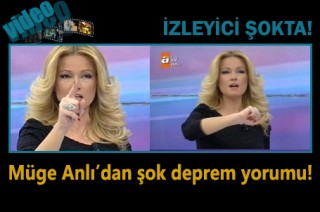 by KLAUS JURGENS
As much as objective commentators are right to applaud Turkey?s rapid modernization process — think new roads, hospitals, schools, alignment with EU legislation, an emerging civil society, economic strength, regional political influence, its anticipated and soon to be drafted civilian constitution and so many other issues — we should not refrain from addressing one major obstacle which must be overcome before the entire length and width of the nation can be considered ready for the future: the quite considerable economic gap between Turkey?s east and its west.

Turkish Students in US

by M.A.M
A UNESCO (United Nations Educational, Scientific and Cultural Organization) intergovernmental board met for one week in Bali, Indonesia to discuss “living” cultural practices, examining oral traditions, art forms and generational rituals. This cultural traditions were evaluated based on their importance to their originating society and their danger of becoming extinct. Those selected were then added to the “List of Intangible Heritage in Need of Urgent Safeguarding.” ‘Respect,’ ‘Harmony’ and ‘Cultural Values’: These traditions are crucial not just from a historical or aesthetic perspective, but from a very pressing cultural one. They bind communities together, convey a country or people’s outlooks and ideals and can even serve very practical, social purposes.
Mavi Boncuk |

Keskek (Turkey): Ceremonial meat or chicken cooked in wheat or barley stew. Found in Iranian as well as Turkish cuisine, it is a common meal consumed during religious festivals, weddings and funerals.