from Yahoo news
ANKARA, Turkey ? Officials say Prime Minister Recep Tayyip Erdogan of Turkey has undergone successful abdominal surgery. Monday?s statement from his office was the first indication by the government that Erdogan had undergone laparoscopic surgery on his digestive system on Saturday. It says the prime minister is in good condition but did not provide further details. Read full article

New constitution sure to be postponed

by YAVUZ BAYDAR
With the first anniversary of the so-called Arab Spring slowly approaching and its progress being symbolized by a high turnout at the Egyptian elections, the spotlight is now on Ankara. Not only that. The expected pull-out of American troops from Iraq and an ugly escalation of the Syrian crisis — now in defiance of the Arab League — also add to attention being drawn to Turkey.

Book | The Militant Kurds: A Dual Strategy for Freedom 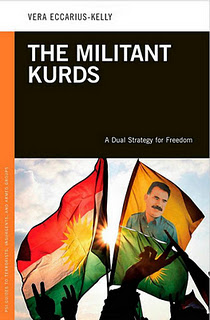 from FT.com – World, Europe
The current prime minister’s apology for the Dersim massacres has sparked a furious debate about the founding of modern Turkey

The shadow of the present over Dersim

by HDN
What started as an intra-party row within the main opposition Republican People?s Party (CHP) has reignited debate over the controversial Dersim killings (1937-38) and turned into a debate between the opposition and the government.

Danger of restoration and the AK Party

by MARKAR ESAYAN
I frequently say that, contrary to the commonly held assumption, Kemalism was a successful strategy. Kemalism is not an ideology, say, like Marxism. It is not based on a theoretical framework focusing on original ideas and offers. Kemalism is a radical imitation where the shallow views of the positivist-Darwinist and Committee for Union and Progress (CUP) pashas played a key role, and a strong admiration of the West was visible.

Recommence the speech where it ended

by CENGİZ AKTAR
I have spent the last two weekends working in Diyarbakır. First I attended an international conference on the economic and social history of Diyarbakır and its surrounding areas between 1838 and 1938.

Segmenting the CHP with Dersim

from Hurriyet Dailynews by HDN
It should be accepted that the Dersim debate did not start with opposition Republican People?s Party (CHP) Tunceli Deputy Hüseyin Aygün, but with those people who regard themselves as ?strictly? Kemalist.

by FATMA DİŞLİ ZIBAK
Prime Minister Recep Tayyip Erdoğan received widespread praise for an apology he offered on Wednesday on behalf of the state for the tragic incidents in Dersim in the early years of the Turkish Republic.

Regarding Dersim: What about 1915?

by ORHAN KEMAL CENGİZ
There is a question I have heard countless times from Westerners and other foreign diplomats visiting Turkey: ?Why is it so difficult for Turks to discuss the Armenian situation??

by FATMA DİŞLİ ZIBAK
All eyes were on Republican People?s Party (CHP) leader Kemal Kılıçdaroğlu on Thursday to see whether he would join Prime Minister Recep Tayyip Erdoğan in apologizing for the tragic incidents that took place in Dersim, later renamed Tunceli, in the early years of the Turkish Republic.

by ERGUN BABAHAN
I am reading Walter Isaacson’s stunning biographical account on Steve Jobs. And of course, the book narrates the story of how Jobs was shaken by the news that he was given away for adoption by his Syrian father and German mother when he was quite young and had to deal with this pain throughout his life.

Dersim apology as a milestone

by MARKAR ESAYAN
Prime Minister Recep Tayyip Erdoğan has an interesting personality. He makes striking surprises at unexpected times, most probably because of this personality.

by YAVUZ BAYDAR
I was reading a critical analysis in The Guardian by Jon Henley about German Chancellor Angela Merkel titled ?Angela Merkel: Europe’s savior — or biggest problem?? (Nov. 22) when my attention was drawn to a man on the TV, Recep Tayyip Erdoğan, the prime minister of Turkey.

AKP takes over the republic

by ETYEN MAHÇUPYAN
Religious circles in Turkey have never had any problem with the republican regime itself; tension between the regime and religious people came about from the exclusionary administration of a clique that monopolized the republic and the imposition of a top-down superficial modernization.

Is a new constitution so far away?

by FATMA DİŞLİ ZIBAK
It seems that Turkey has lost its enthusiasm for preparing a new, democratic and civilian constitution to replace its current coup-era Constitution, which is criticized for being anti-democratic and outdated.

Confusion in the house of opposition

by DOĞU ERGİL
The ongoing debate among the ranks of the main opposition party, namely the Republican People’s Party (CHP), as regards the ?Dersim affair? (suppression and annihilation of defiant Kurds) exposed two characteristics about the ideological and organizational character of the party. The CHP is the creation of the founder of the republic, Mustafa Kemal Atatürk. It had been the single party between 1923 and1945 and the ruling party until 1950. Hence, its dominance lasted for 22 continuous years.

Will Sarıgül become head of the CHP?

by Sevilay Yükselir Sabah
Some friends say, ?A group of people who have no hope for the success of Kemal Kılıçdaroğlu?s Republican People?s Party [CHP] leadership is working to bring Şişli Mayor Mustafa Sarıgül to the head of the party.?

by Emre Aköz Sabah
The Republican People?s Party (CHP) is at the center of the Dersim massacre. Some neo-nationalists in the CHP are trying to hide this fact with lies and demagogy.

An apology and a confession

by Ali Bayramoğlu Yeni Şafak
Nov. 23 was an important date. No matter under which circumstances it took place or how this attitude was mainly driven by political polemics and by the intention of trapping the CHP, a prime minister, for the first time in our history, divulged an embarrassing case and all its documents.

from Today’s Zaman, your gateway to Turkish daily news :: Turkish Pre by Eser Karakaş Star
You will not believe me, but I miss the days of the Feb. 28 post-modern coup period in 1997.

Why does the Turkish military resist professionalism?

by LALE KEMAL
Turkish Prime Minister Recep Tayyip Erdoğan disclosed on Tuesday a long-awaited decision that thousands of young men and their families have been waiting to hear concerning exemption from compulsory military service.

by NICOLE POPE
The matter was hotly debated for months and a decision eagerly awaited, but Prime Minister Recep Tayyip Erdoğan’s announcement of the terms for paid army duty exemption has not put an end to the controversy. The new provisions have yet to be approved by Parliament.