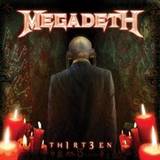 Megadeth’s latest CD features the return of longtime bassist David Ellefson to the fold. After a lull in the late ’90s/early 2000s, the band has been firing on all cylinders their past few albums. Th1rt3en doesn’t break much new ground, but has all the elements Megadeth fans will enjoy. 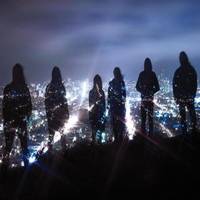 After September’s list was packed with big names, the bands on this month’s list are a little more low-profile, but the albums are still first-rate.  Hammers Of Misfortune might not be on everybody’s radar, but the  band has delivered another spectacular album that tops our list this month.  Check out our list of the best metal CD’s released in October.

Manowar are making history by touring the UK this very week! Hammer scribe Dom Lawson worships at the altar of Manowar, and so should you, so he?s given us another ten (and a bit) reasons why we love the Kings of Metal.

When it comes to the new wave of thrash metal bands, Warbringer has shown they are one of the up and comers of this generation.  They now have three

from Metal Injection by RobInjection
It is with a very heavy heart that we report the tragic news that GWAR guitarist and producer Cory Smoot, aka Flattus Maximus was found dead today in his hotel room. MetalSucks got the official word from GWAR frontman Dave Brockie (aka Oderus Urungus): It is with a sense of profound loss and tragedy that 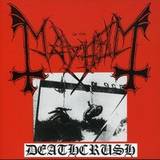 Every Friday I turn the blog over to Dan Marsicano for his Retro Recommendation, giving you a chance to learn about underrated and overlooked gems from metal’s past.  Mayhem is one of the pioneers of black metal, and the Norwegian band has had many memorable albums over their lengthy career.  However, their 1987 EPDeathcrush isn’t as well-known, and it is in the spotlight as this week’s Retro Recommendation.

Over the past two decades he’s fronted bands such as Pyramaze, Balance Of Power and Gemini, and now Lance King has released his first solo album A Moment In Chiros. He collaborated with musicians from all over the globe for the CD. In the following interview, King talks about the recording process of the album, the concept, his musical beginnings, his record label Nightmare Records and other subjects.
… 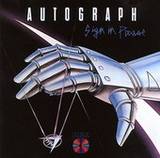 Every Friday I turn the blog over to Dan Marsicano for his Retro Recommendation, giving you a chance to learn about underrated and overlooked gems from metal’s past. Any time there’s a special on one hit wonders, Autograph’s “Turn Up The Radio” is likely to be one of the featured songs. The hair metal band released a few albums in the heydey of the genre, but that was the only one that broke through to the mainstream. Their 1984 debut album Sign In Please, which included “Turn Up The Radio,” is this week’s Retro Recommendation.

Anthrax is on tour with Testament and Death Angel, and I had the opportunity to see them in Charlotte, North Carolina. All three bands sounded great, with Anthrax sounding especially rejuvenated with the return of Joey Belladonna and the success of their new CD Worship Music. Before the show I sat down backstage with bassist Frank Bello and chatted about the album’s response, the Big 4 show in New York and other topics.