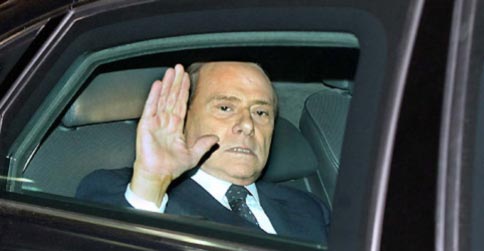 from euro|topics
After the resignation of Prime Minister Silvio Berlusconi on Saturday, Italy’s President Giorgio Napolitano on Sunday evening tasked economist Mario Monti with forming a transitional government. Berlusconi’s reign is finally over, commentators write, but Monti faces an uphill battle with the Cavaliere’s legacy.

from BBC News | Europe | World Edition
New Greek PM Lucas Papademos says the priority of his incoming coalition cabinet is to keep Greece in the eurozone by approving an EU bailout.

from Today’s Zaman, your gateway to Turkish daily news :: Columnists by YAVUZ BAYDAR
Jürgen Habermas is right. Europe’s intellectual heavyweight is spot on when he accuses Angela Merkel and Nicolas Sarkozy of alienating voters from collective decision-making processes and of choosing what he calls a ?post-democratic path.?

from Hurriyet Dailynews by PARIS – Agence France-Presse
Ratings agency Standard and Poor?s said on Nov. 10 that it had mistakenly announced to some clients a downgrade of France?s top ?AAA? credit rating, amid speculation of just such a move.

Talks on forming a new Greek government head into a fourth day, after the smallest party in coalition talks walked out of the negotiations.

The news of Italian Prime Minister’s plans to resign has done little to calm the financial markets. On Wednesday for the first time investors demanded a risk premium of more than seven percent on Italian government bonds. That is too high for Italy to be able to extricate itself from the crisis on its own, commentators write, and put the onus on the ECB.

from Hurriyet Dailynews by ATHENS / ROME / PARIS
The eurozone takes a beating from the debt crisis with top politicians abandoning their posts and the multinational currency sinking fast.

from open Democracy News Analysis – by Andrew Blick
The Cabinet Manual is as close to a written constitution as Britain has. But there are dangers that it has been written as a guide to how ministers think we should be governed, not an account of how the constitution works in practice. And will it be followed at all?

Down with the Eurozone by Nouriel Roubini*

from Today’s Zaman, your gateway to Turkish daily news :: Interviews
NEW YORK ? The eurozone crisis seems to be reaching its climax, with Greece on the verge of default and an inglorious exit from the monetary union, and now Italy on the verge of losing market access. But the eurozone’s problems are much deeper. They are structural, and they severely affect at least four other economies: Ireland, Portugal, Cyprus, and Spain.

Welcome to ?Bitter Britain?: repression of student demo is a sign of the times, Luke Cooper

from open Democracy News Analysis – by Luke Cooper
The London student demonstration on 9 Nov showed how the movement has transformed since the tuition fees protests last winter, and how the British state is hardening in its efforts to maintain control.
Still here, still fighting. That was the message from as many as ten thousand students on the streets of London yesterday. Exactly one year after the fateful Millbank protests against the massive fees hike and the abolition of EMA, our resistance is very far from over.

by Grahnlaw
A group of Spanish eurobloggers has launched an appeal for More Europe, in order to overcome the crises in the eurozone and the wider European Union. I have mentioned their initiative to start a virtuous circle of development for the citizens of the union: announcement, free movement, EU symbols.

by Grahnlaw
In order to overcome the crises in the eurozone and the wider European Union, a group of Spanish eurobloggers has launched an appeal for More Europe.

So what exactly is the CDU?s policy on the eurozone? 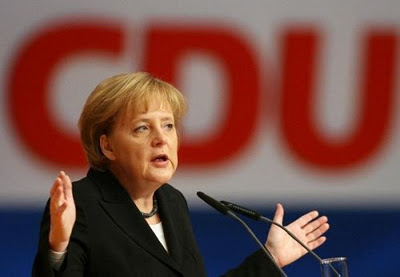 Of all the political-party actors in the long-running yet constantly mutatingeurozone crisis (as opposed to governments and institutions), AngelaMerkel?s CDU is probably most important, given that it forms the bulk of Germany’s three party coalition government. So it surely cannot be a good thing that the party?s policy for addressing the eurozone crisis seems to be all over the place.

from euro|topics
The independent Lucas Papademos will be sworn in as the head of a new transitional government in Greece today, Friday. After days of negotiation the conservatives and socialists agreed on Thursday on the former vice president of the ECB. Papademos now faces a Herculean task and if he fails his country must leave the Eurozone, commentators write.

from Ideas on Europe by Protesilaos Stavrou
Italy is facing increasing market pressures at the moment that could transform, if prolonged, its liquidity crisis into a solvency crisis. Amid this increasingly bleak environment most analysts agree that the European Central Bank should step in and act as a lender of last resort by monetizing debts. I myself have long been in favor of the ECB acting as a real central bank that above all protects the currency it issues. Though this would be beneficial for the eurozone at the moment, I realize there are a series of obstacles that prevent the ECB from taking action. Those are moral hazard, potential inflation and the politics involved. I did not include any legal barriers, since theEU Treaty articles do not prevent the ECB from monetizing debts ? debt monetization can be done via interventions in the secondary markets, without violating the ?no-bailout? clause.