by Amira Al Hussaini
This post is part of our special coverage Egypt Revolution 2011.
Activist and blogger Alaa Abd El Fattah has been detained for 15 days, after refusing to be interrogated by the Military Prosecutor, in protest against its legitimacy.

As you already suspected, the CIA is reading your tweets and Facebook status updates

by Xeni Jardin
According to this Associated Press story, the tinfoil beanie hat crowd was right all along: “In an anonymous industrial park in Virginia, in an unassuming brick building, the CIA is following tweets ? up to 5 million a day. At the agency’s Open Source Center, a team known affectionately as the ‘vengeful librarians’ also pores over Facebook, newspapers, TV news channels, local radio stations, Internet chat rooms ? anything overseas that anyone can access and contribute to openly.”

by Rob Beschizza
Wikileaks’ founder will be deported to Sweden to face rape allegations within a month. Assange has 14 days to seek to appeal to Britain’s supreme court. [Guardian]

Fresh German police-malware uncovered; everything the police said in defense to date revealed as lies

by Cory Doctorow
More revelations on the official police-spread malware that Germany’s Chaos Computer Club discovered in the wild and reverse engineered: pretty much everything the German police said in their defense turns out to be a lie. Another trojan has been uncovered, and it confirms the German police’s depraved indifference and incompetence in their cyberwar efforts.

Half of adult cell phone owners have apps on their phones

The share of adult cell phone owners who have downloaded an app nearly doubled in the past two years?from 22% in September 2009 to 38% in August 2011?according to a new survey by the Pew Research Center?s Internet & American Life Project.  When adults whose phones came preloaded with apps are also accounted for, fully half of U.S. adult cell phone owners (50%) now have apps on their phones. In May 2010, that figure stood at 43%.

Changing the face of net activism in the Arab World

from Editors Weblog – all postings by Farah Wael
Young bloggers, experienced journalists and human rights activists debated the role of net activism in the Middle East and North Africa on Wednesday, at a conference entitled “Internet and democratic change – Net activism, empowerment and emancipation”, also going under the Twitter hashtag of #net4change. Following the dramatic events of earlier this year in Tunisia, Egypt and Libya, the phenomena of net activism is spreading across the region, and the whole world, possibly changing the face of activism forever.

Anonymous vs. Zetas: is #OpCartel a flop, hoax, or honeypot?

by Xeni Jardin
[Video Link] Over the last few days, word has spread of a purported #antisec operation by Anonymous against the most brutal of all Mexican drug cartels, Los Zetas. What was unusual about the way this story spread, however, was the speed at which it was amplified by credulous reports from larger media outlets. This op got lots of press, fast. Faster, in fact, than it got support from Anons.
Geraldine Juarez and Renata Avila were two of the earlier voices I read expressing doubt about the prevailing storyline?a report by Juarez is here. Some I spoke to within Mexico wondered if the Mexican government (no bastion of purity) might be involved.

by Geraldine Juarez
In recent days many media outlets have widely publicized news about a video by Anonymous Mexico threatening the Zetas cartel as a response to the kidnapping of one the former’s members during#OpPaperStorm (‘Operation Paper Storm’) in Veracruz.

New Paper: Why parents help their children lie to Facebook about age: Unintended consequences of the COPPA

Why Parents Scoff At Facebook?s Age Limit Of 13

Okay, maybe it?s not as bad as parents buying beer for their kids under age 21 or cigarettes for those under 18, but Microsoft Research Senior Researcher Danah Boyd examined why so many parents allow their children under the Facebook age limit of 13 to join the social network.

from FP Passport by Kedar Pavgi
A recently discovered video from online hacker group, Anonymous, has threatened to expose collaborators of the Los Zetas Mexican drug cartel in retaliation for the kidnapping one of the members of the online collective. The video claimed that they would release the names of journalists, taxi drivers and others who have worked with Los Zetas in the past.

Where Is Yahoo Headed? Its Product Chief Has a Clue [INTERVIEW]

Google Could Be Planning to Completely Disrupt the TV Business [REPORT]

by VIRGINIA – The Associated Press
In an anonymous industrial park in Virginia, in an unassuming brick building, the CIA is following tweets up to 5 million a day.

Vice President Biden To Address the London Conference on Cyberspace 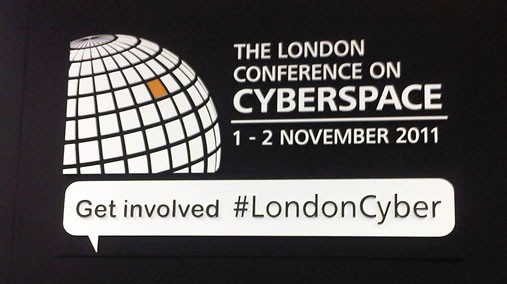 from Atlantic Community RSS-Feed
NATO: Since the cyber attacks against NATO member Estonia in 2007, cyber threats have rapidly evolved in frequency and sophistication. The development and use of cyber tools can threaten and destabilize national and Euro-Atlantic security and stability. NATO is advancing its efforts to confront the wide range of cyber threats targeting the Alliance&#8217;s networks on a daily basis.

from BBC News | Europe | World Edition
The EU and US carry out their first joint cybersecurity stress test to help co-ordinate their defences.