Main website for the Rock Concert here. On 30 October in Istanbul… 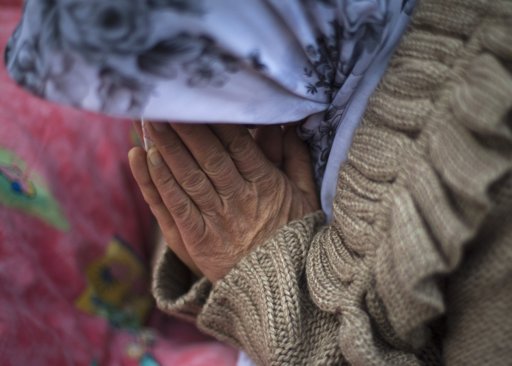 Relatives of victims of an earthquake cries on a street in Ercis, Turkey October 24, 2011. Rescuers pulled survivors from beneath mounds of collapsed buildings and searched for the missing on Monday after a major earthquake killed at least 264 people and wounded more than 1,000 in mainly Kurdish southeast Turkey. REUTERS/Morteza Nikoubazl

Prime minister says Turkey has not learned enough from past earthquakes that toppled poorly constructed buildings
The Turkish prime minister, Recep Tayyip Erdogan, has compared the alleged negligence of some officials and builders to murder, saying shoddy construction had contributed to the high death toll in Sunday’s earthquake. 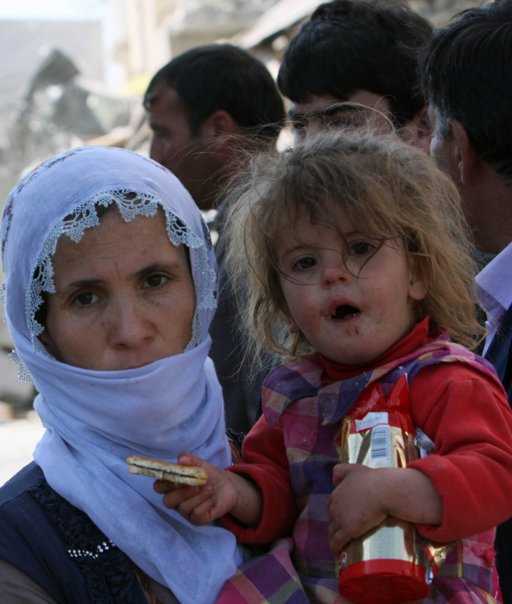 A woman holds her baby daughter as she eats biscuits near a collapsed building after a powerful earthquake in the town of Ercis in Van province, Turkey, Monday, Oct. 24, 2011. The 7.2-magnitude quake which struck Sunday killed some 270 people in eastern Turkey. (AP Photo/Selcan Hacaoglu) xxxxx in Ercis, Turkey, Monday, Oct. 24, 2011. The 7.2-magnitude quake has killed at least 217 people in eastern Turkey. Authorities, howevered, offered hope that the death toll may not rise as high as initially feared. (AP Photo/Selcan Hacaoglu)

VAN, TURKEY – OCTOBER 25: A woman and child walk past a collapsed building, as a soldier stands guard after an earthquake, on October 25, 2011 in Van, Turkey. Media are reporting more than 400 people have been killed in the 7.2 earthquake that struck in Eastern Turkey on October 23. The earthquake has left up to 40,000 people homeless in almost freezing conditions. (Photo by Ahmad Halabisaz/Getty Images)

As the death toll from Turkey’s earthquake rises into the hundreds, the rescue of two-week-old baby Azra has become a symbol of hope. Eastern Turkey is struggling with the aftermath of a Sunday’s 7.2 magnitude quake, which has left hundreds dead, reports the New York Times. Rescuers in Ecris, the hardest hit city, pulled two-week-old Azra Karaduman alive from the arms of her mother, Semiha, who … 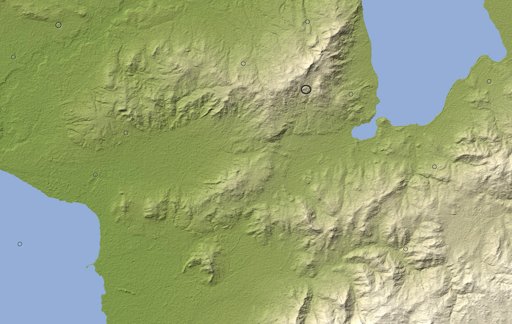 The epicentre of the 7.2 magnitude quake to hit southeast Turkey is marked with a large circle to the left of Lake Ercek (R) on this image released by NASA on October 24, 2011. Rescuers searched the rubble of collapsed buildings on Monday for survivors and victims of the major earthquake that killed at least 279 people and injured more than 1,300 in mainly Kurdish southeast Turkey. The circles are scaled to mark the magnitude of the main earthquake and the aftershocks. REUTERS/NASA/Handout

The death toll from a deadly earthquake in eastern Turkey over the weekend has risen to more than 360, the government said Tuesday.

PKK? OK, But Where Is Our 20 Billion Dollars?

by YAVUZ BAYDAR
There is such a huge difference between causes of death. Just a week or so ago the country was traumatized by an abominable attack that killed 24 soldiers. Two days ago, retaliatory action resulted in — according to military sources — the deaths of 270 Kurdistan Workers? Party (PKK) insurgents. There were Kurds, as I wrote in my previous article, among the soldiers and many of the militants were Kurds from Turkey.

HDN in the quake zone: Unrest flows in quake zone

HDN in the quake zone: Controversy rises over aid distribution

by VAN – Hürriyet Daily News
Voices of concern were raised recently over the inability of the government to provide sufficient aid to quake zones.

from World news: Turkey | guardian.co.uk
Rescue teams in eastern Turkey continue digging for survivors at the sites of dozens of collapsed buildings in the cities of Ercis and Van 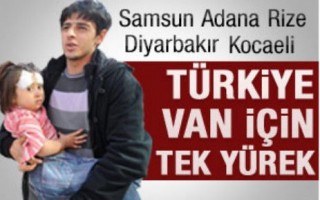 A student, a teacher and a woman trapped under a five-story building were rescued on Wednesday, but the death toll from Sunday?s earthquake continued to rise.

by By THE ASSOCIATED PRESS
Turkey?s state-run news agency says an 18-year-old university student has been pulled out injured but alive from the ruins of a building 61 hours after a devastating earthquake struck

by VAN – Hürriyet Daily News
Survivors of the 7.2-magnitude earthquake in Van looted the aid trucks arriving in the quake-hit city yesterday night.

by ERCİŞ – The Associated Press
Turkish Prime Minister Recep Tayyip Erdoğan today said that shoddy construction contributed to the high casualty toll in Turkey’s earthquake, and he compared the alleged negligence of some officials and builders to murder.

Why I am in Istanbul and not in Van

by Fréderike Geerdink
I?ve been asked these days why I didn?t hurry to the earthquake area in the east of Turkey but stayed in Istanbul. In different tones of voice: angry, interested, surprised. I thought it might be interesting to answer this question in a blog post, to give some insight into the daily realities of a freelance […]