As detailed in yesterday?s article, if a VPN provider carries logs of their users? activities the chances of them not being able to live up to their claim of offering an anonymous service begins to decrease rapidly.

There are dozens of VPN providers, many of which carry marketing on their web pages which suggests that the anonymity of their subscribers is a top priority. But is it really? Do their privacy policies stand up to scrutiny? We decided to find out.

from AL JAZEERA ENGLISH (IN DEPTH)
On eve of the awards, Al Jazeera interviewees young blogger who documented Tunisia’s uprising as it happened.

My colleague Christopher Ahlberg, CEO of Recorded Future, recently got in touch to share some exciting news. We had discussed our shared interests a while back at Harvard University. It was clear then that his ideas and existing technologies were very closely aligned to those we were pursuing with Ushahidi?s Swift River platform. I?m thrilled that he has been able to accomplish a lot since we last spoke. His exciting update is captured in this excellent co-authored study entitled ?Detecting Emergent Conflicts Through Web Mining and Visualization? which is available here as a PDF.

from Mashable! by Dan Klamm

Nobody can accuse Wikileaks of being afraid of the spotlight. The whistleblower organization hit the headlines again this month as the un-redacted US Embassy cables became available online, and old arguments about its status as an institution resurfaced. Many have scrambled to have their say, but few have given the matter as much thought as Charlie Beckett.

7 Things I Want To See In Facebook?s Timeline 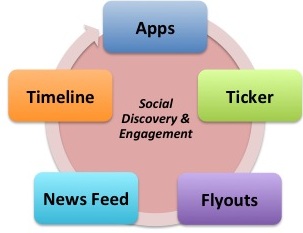 by Amira Al Hussaini
Twitter is abuzz with excitement tonight as the names of Arab netizens are being circulated as possible candidates for the Nobel Peace Prize for the roles they have played in the Arab revolutions.

by David Cohen
Despite its 800 million-plus members, Facebook is not the only game in town when it comes to social gaming, especially when venturing outside the confines of North America.

from EFF.org Updates by dan

Our recent security audit of libpurple and related libraries got us thinking about the general problem of open source security auditing, and we wanted to share what we?ve learned. Free and open source software that happens to be community-supported can be challenging from a security perspective. There is a fair amount ofrecent literature on this topic, and it is debatable whether openly readable source code helps defenders more than it helps attackers. The key issue is not about source code but the fact that community-based open source software projects often lack the organized resources of their corporate cousins. If large corporate projects choose to prioritize security, they can usually afford to hire experts to do regular security reviews; community projects need to find and coordinate volunteers with this specialized focus. In an environment where developers are stretched thin and often have a wide array of responsibilities, the search for security bugs may be less organized and lag behind. How do we combat this problem? How can we ensure good security in a world where vulnerabilities in important open source software can have disastrous consequences for users all over the world?