Ankara threatened to send its navy yesterday (15 September) to intervene in a dispute involving oil and gas exploration around Cyprus, an EU member state whose northern territory is occupied by the Turkish military. EurActiv Turkey reports.

Turkey to freeze EU ties if Cyprus gets presidency

ANKARA (Reuters) – EU-candidate Turkey will freeze relations with the European Union if Cyprus is given the EU presidency in 2012, Deputy Prime Minister Besir Atalay was quoted as saying by state-run news agency Anatolian late on Saturday. 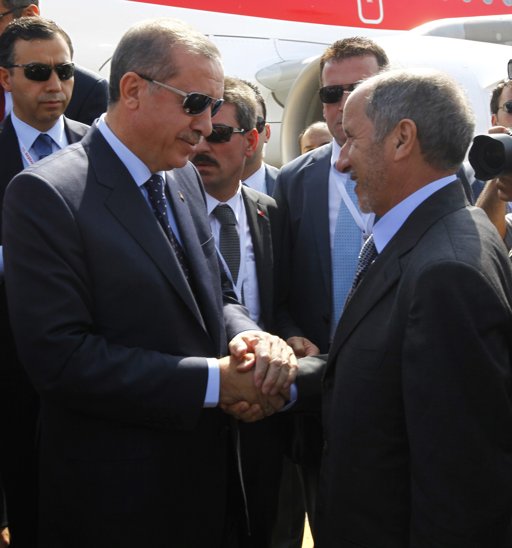 Erdoğan to head to Tunisia

Erdoğan stops at Tunisia for the Arab Spring tour

from Hurriyet Dailynews by TUNISIA- AFP

Turkish Prime Minister Recep Tayyip Erdogan on Thursday fired his visit to post-revolution Tunisia with the kind of trademark warning to Israel that has earned him hero status on his “Arab Spring tour”.

Turkey-Israel tension: High stakes for US

Prime Minister Recep Tayyip Erdoğan recently said Israel is acting like a ?spoiled child.? From the US government’s perspective, however, Turkey and Israel are both looking like spoiled children lately. Israel has refused to apologize for the terrible actions of its military when they killed nine Turkish civilians during the Mavi Marmara raid. And Turkey seems to be more than ready for a fight. Seriously? Is this high school or something?

I read this article in full in the Wall St. Journal when it first came on the web today, but it has since retreated behind a paywall (here, excerpt below). Nevertheless, it indicates an interesting contradiction between the Egyptian Muslim Brotherhood?s expectations of the Turkish ?model? ? that it?s Islamic ? and Erdoğan?s insistence that the Turkish model is secular, protecting all religions equally. To make his point, Erdoğan, who is in Egypt, visited the elderly Coptic patriarch. The Muslim Brothers, who had been happily following him around until his secularism remarks, were not amused.

from Hurriyet Dailynews by İSTANBUL – Radikal

A recent survey showed that most Turkish people believe Turkey is on the right side in the ongoing crisis with Israel, however only around half supports the government?s policies on the issue.

Turkey-Israel: ?Who is bluffing who? | PKKH.tv

from Today’s Zaman, your gateway to Turkish daily news :: Columnists by KERİM BALCI

Many Westerners have been questioning Turkey’s intentions in its recent activism in the Middle East. Is Turkey trying to use the winds of the Arab Spring to fill its sails? Has the era of Turkey started — or say, restarted? Should we expect the Turkish tires — it was horseshoes in the past — to roll down the roads of the Arab Middle East? And what about the Balkans, the Turks’ traditional zone of influence?

Why crisis between Turkey and Israel is hurting everyone

The recent downgrade in Turkish-Israeli relations is not beneficial to either country, leaving Israel more isolated and depriving Turkey of its role as a mediator at a time of acute instability and change in the region, argue Emiliano Alessandri and Joshua Walker of the German Marshall Fund of the United States.

Israel’s foreign minister is planning a series of measures to retaliate against Turkey in an apology row, including military aid to the terrorist Kurdistan Workers’ Party (PKK), a news report that appeared in Yedioth Ahranoth has said.

One can only watch with bewilderment and concern at how patchy and shortsighted so-called ?super power politics? in the face of major issues have now become. Take the race for who-will-visit-Libya-first, for example.

The UN Palmer Report, which largely exonerated Israel for murdering nine unarmed Turkish civilians in international waters on May 31, 2010, seemed in some ways like the last straw.

Some foreign newspapers have compared Turkish Prime Minister Recep Tayyip Erdoğan to the 12th century ruler Saladin because of the former’s attitude during his visit to Egypt, Libya and Tunis. We don’t know yet if French President Nicolas Sarkozy will be compared to Saint Louis or Napoleon Bonaparte or the British Prime Minister David Cameron to Richard the Lionheart when they visit the region. Thankfully, we have not read comparisons to Attila the Hun or Hannibal yet. 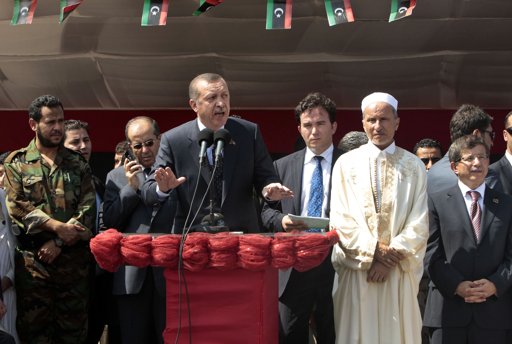 We are living in times of such rapid change that the concept of the status quo is approximating irrelevance. The Arab Spring has changed the region to such a degree it is sometimes difficult to fully digest the monumental shifts taking place.

Turkey to site Nato missile shield radar in its south-east

An early-warning radar will be stationed in Turkey’s south-east as part of Nato’s missile defence system, the Turkish foreign ministry has said.

The system is aimed at countering ballistic missile threats from Turkey’s neighbour Iran, which last week warned Turkey that deployment of the radar at the military installation would escalate regional tensions. Turkey insists the shield is not targeting a particular country and the ministry statement on Wednesday made no mention of Iran.

Turkey blamed after defector is returned to Syria

The first senior military officer to defect during the Syrian uprising has been arrested by regime forces after disappearing from Turkey and was set to appear on state television on Thursday night, prompting opposition activists to claim he had been betrayed by his hosts as part of a deal.