?Evil can murder a person, but never defeat a whole people?

from Savage Minds: Notes and Queries in Anthropology ? A Group Blog by simone

Recent events in Norway have been utterly shocking. The mass killing of young, politically-engaged people at summer camp means that the effects of the murder travel back to each district of the country, as party members travel home, or fail to return. Since the killings, there have been vigils and demonstrations against the violence, and there is clearly a period of collective shock and horror that spreads beyond the immediate location of the bombing and shooting. The public responses have been marked by mass expressions of grief, political defiance, but also of love. 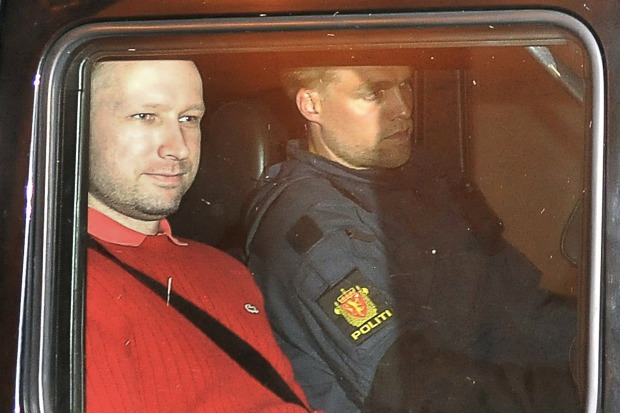 ?It is not disputed that Breivik technically did it: the question, surely, is who is going to have made him do it? Europe awake. Yestermorrow there will was be going to have been Jihadi retrocausality to contend with.?

by OSLO – From wire dispatches

Five days after an attacker incensed by Norway?s culture of tolerance horrified the world, Prime Minister Jens Stoltenberg on Wednesday issued a quiet call of defiance to his countrymen: Make Norway even more open and accepting.

Norway’s response so far holds the hope of a measured counter-terrorism strategy. But the media and policy makers elsewhere also need to maintain a measured approach to terrorist attacks, argues Jaffar Al-Rikabi.

Hundreds of thousands of Norwegians gathered on Monday to mourn the 76 killed in last Friday?s terrorist attack,  laying flowers and sending moving messages of peace, diversity and tolerance. ?In the middle of all the tragedy, I am proud to live in a country which has managed to stand tall in a critical time,? Norwegian Prime Minister Jens Stoltenberg told mourners at one church. ?Our response is more democracy, more openness and more humanity, but never naïveté.?

The deadly attacks in Norway are fuelling debate about multiculturalism, immigration, security and radicalisation. But more attention must also be paid to the behaviours and attitudes that underlie extreme political violence, says Sara Silvestri.

The rise and fall of Geert Wilders’ ideology

After years of capitalizing on the fear of Islam, Dutch right-wing politician Geert Wilders? ideology has been severely dented by the Arab Spring and far-right terrorism in Norway.

The deadly attacks in Norway were inevitable with ?European politicians competing to exclude the ?other,? says expert Riva Kastoryano. ?Europe has a problem with Muslims because they challenge the homogeneous understanding of the nation and the established understanding of secularism?

Some European nations are renewing calls for more internet spying as a way to prevent another Oslo-style attack.

Islamophobes distance themselves from Breivik

As the media discovers more about the man behind the Norway attacks, connections to outspoken US Islamophobes are found.

The suspected perpetrator of the Oslo and Utøya attacks admitted his responsibility for the deeds in court on Monday. Norwegian police figures currently put the number of people killed in the attacks at 76. The conservative media reject right-wing populism or Christian fundamentalism as motives for the attacks, which the liberal media regard as a hypocritical and dangerous stance.

Letter from a Norwegian in Vienna, Ine Gundersveen

from open Democracy News Analysis – by Ine Gundersveen
“We are a people in mourning.” So we are. Wherever we are.
The poverty of words is striking right now. As I sit here I stream news from the Norwegian broadcasting corporation NRK over the internet while trying to come to terms with the enormity of the crimes committed by Anders Behring Breivik on Friday 22 July 2011. 93 people are now confirmed dead. Several more are badly injured in hospitals. He actually managed to kill nearly a third of the kids at the Labour Party’s youth camp on Utøya. A third. He killed them with a coldness I am unable to fathom.

from BBC News | Europe | World Edition
The lawyer defending the man who carried out Norway’s mass killings says he believes his client is insane but it is too early to decide on a defence.

Terror in Norway: Utopia no more

from FT.com – Analysis
Terror in Norway: As a nation struggles to deal with an attack at the heart of its polity, some say far-right extremism has been ignored too long, write Martin Sandbu, Andrew Ward and Robin Wigglesworth

Anders Behring Breivik and the influence industry of rage

from washingtonpost.com – Op-Ed Columns by Eugene Robinson
Was the Norway killer inspired by Internet hate?

Terror in Oslo: Who cares about Christian right wing extremism?

from antropologi.info – anthropology in the news blog by Lorenz
While politicians and social scientists have directed all their attention towards ?islamist? terror groups, right-wing extremist milieus were able to grow unnoticed.

from Global Guerrillas by John Robb
Two recent attempts at revivals of the Knights Templar.
One:  Norway.  In this video posted by Anders (the Oslo bomber) before his attack.  He makes a plea for a revival of the Knights Templar at the end of the video (the first part is an attack on liberalism/multiculturalism and islamic immigration).  His bloody attack was an attempt to jump start a revival through what’s called “a plausible promise.”

from FP Passport by Robert Zeliger
Among the many questions that remain over why and how a gunman was able to kill at least 76 people in Norway on Friday, perhaps nothing is more infuriating than the cushy fate that seems to await Anders Behring Breivik, the suspect. If you’re going to go on a maniacal murder rampage and then not have the decency to include yourself in the body count — Norway is the place to do it.

from euro|topics
The presumed perpetrator of the attacks in Oslo and on Utøya island is to be brought before the magistrate today, Monday. The 32-year-old, who has been classed as a Christian fundamentalist, has already confessed to killing at least 93 people on Friday. Europe’s right-wing populists are the intellectual instigators of this attack, say some commentators, while others say more attention should be paid to the fears of Islam and multiculturalism.

from FT.com – World, Europe
Judge denies Anders Behring Breivik a platform for his extremist views before ordering him to be held in detention for eight weeks

The myth of Eurabia by Ingmar Karlsson*

from Today’s Zaman, your gateway to Turkish daily news :: Interviews by *Ingmar Karlsson
The Norwegian mass murderer Andres Behring Brevik has been obsessed with the idea that Europe is undergoing a rapid process of Islamization and changing into a ?Eurabia? where Christians and Jews would be forced to live as oppressed minorities and where churches, cathedrals and synagogues are replaced by mosques and minarets.

Norwegian hitman was obsessed with Turkey

A fundamentalist Christian who massacred 93 people in Norway had strong feelings against Turkey and Turks.