In year 2000, Turkish authorities intervened the ongoing “death fast” protest by radical left wing political prisoners. the protest was against the new F-type prison system. A soldier confessed after 11 years: “The detainees wanted to get out of the burning cells and surrender but the doors were not opened, the fire brigade did not intervene”.

A photo gallery of the operation here.

Burnt Alive – No Chance to Surrender

from Bianet :: English
A soldier who was on duty at the Bayrampaşa prison during the “Return to Life” operation confessed after 11 years, “The detainees wanted to get out of the burning cells and surrender but the doors were not opened, the fire brigade did not intervene”.

In other human rights issues:

Yet another report: Internet disconnections a “disproportionate” penalty
Ars Technica
The report was prepared by Yaman Akdeniz, a law professor at Istanbul Bilgi University in Turkey, and it’s a scorcher?coming to many of the same conclusions reached by UN Special Rapporteur Frank LaRue last month. Reports, even when they come from 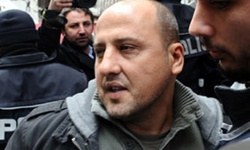 Press freedom awards by Journalism Association of Turkey were given to Ercan İpekçi and Ahmet Şık.

Journalists held without due process in Turkey
CPJ Press Freedom Online
Zekeriya Öz, the chief prosecutor then overseeing the probe into Ergenekon, said in a statement after ordering the raids that the investigation of the journalists was not as a result of their work but based on evidence that cannot be published because

Defence in Kurdish at Court

Former Yüksekova Mayor Yetişkin is tried because of a speech given at a sapling planting campaign. At the hearing on 25 July, she was allowed to defend herself in Kurdish. An interpreter translated her speech into Turkish.

from Bianet :: English
The “Black Band” platform researches, documents and discusses cases of censorship in arts. The website will function as a network that advocates for freedom of expression.