According to a Pew survey, Turks are mostly satisfied with the state of affairs in Turkey… All we hear is just some noise, everything is fine, it seems:)

Turkey’s Prime Minister Tayyip Erdogan speaks to media after casting his vote at a polling station in Istanbul June 12, 2011. Turks began voting in an election on Sunday that is expected to return Prime Minister Tayyip Erdogan to office for a third consecutive term and could give him a mandate to rewrite the constitution. A Muslim democracy and European Union-candidate, Turkey has become an economic powerhouse and influential player on the global stage since Erdogan’s AK Party swept to power in 2002 REUTERS/Murad Sezer

from Hurriyet Dailynews by ISTANBUL – Hürriyet Daily News
Turkish people are increasingly satisfied with the direction of their country and a majority says the Turkish economy is in good shape, according to a new survey.

Orhan Kemal, acclaimed Turkish novel writer, has been commemorated on the 41st anniversary of his death. The commemoration ceremony took place in the Orhan Kemal Culture Center with the participation of Doğan Hızlan, Hürriyet daily columnist and writer and İnci Aral, Turkish literature contemporary writer

First it was China. Then India. Now Turkey is fast becoming the country du jour on the contemporary-art circuit. A slew of shows at prominent galleries in Europe, record-setting auctions at Sotheby’s and Christie’s, and a host of new venues in the country’s cultural capital, Istanbul, suggest that modern Turkish art is finally coming of age. At the ‘Confessions of Dangerous Minds’ exhibition of contemporary Turkish art, a first-of-its-kind show held at London’s trendsetting Saatchi Gallery in April, half the works by 19 mostly emerging artists were sold before the doors opened. ”

A family consultant and life coach for Istanbul municipalities has suggested legalizing polygamy, citing both secular and religious arguments in support of her position.

from Turkish Muse by Barbara J. Isenberg
Tomorrow morning Jeff and I will be on our way to Paris to celebrate our 5th wedding anniversary. I am beyond excited at this point, though I’m still in the “can’t-quite-believe-this-is-real-am-I-actually-finally-going-to-Paris?” stage. I’ve wanted to visit Paris for a loooooooong time and I can’t think of any other way to do it than with Jeff. 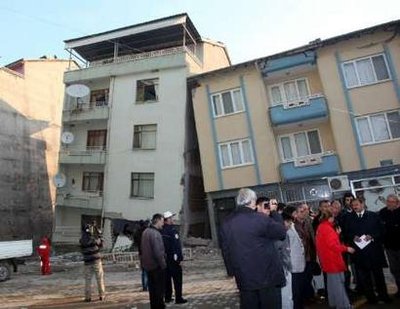 Turkey’s Environment Minister Veysel Eroglu (2nd R) speaks to the media in front of damaged buildings in the town of Simav, near the city of Kutahya, May 20, 2011. An earthquake which shook northwest Turkey on Thursday night killed two people and injured 79, Eroglu said on Friday. REUTERS/Selma Kocabas/Anatolian

The case of Ayşe Paşalı has become a symbolic one. Women?s organizations held a vigil in 15 provinces including İstanbul, Ankara and İzmir for the case, saying that in cases like this the suspect is generally given a lighter punishment for being subject to ?unjust provocation.?

My Favorite Thing About Turkey: The Kindness of Strangers

from Turkish Muse by Barbara J. Isenberg
The Turkey lovefest continues today! Today’s guest post is brought to you by Phyllis Nobles.
I?ve been in Istanbul teaching English for 14 months now. And while I?ve studied successful blogs and started up a half dozen of my own, there?s always the morning that I wake up and take everything down. I even blogged from Venice in February, but once back in Istanbul felt I sounded so Elizabeth Gilbert [editor’s note: EG is an American writer best known for her 2006 memoir “Eat, Pray, Love”) that I deleted 26 of the most beautifully photographed posts you will never see.

Turks Are Not Sex Maniacs, Thanks to AKP 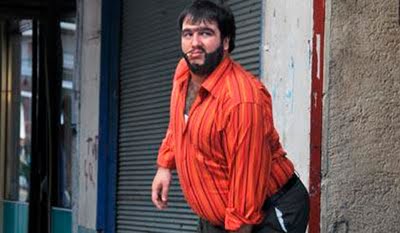