This week wasn’t that fruitful:) Only, it was good to rediscover Annihilator… 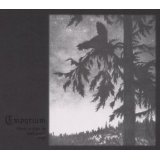 Where at Night the Wood Grouse Plays
by Empyrium

Down In The Groove
~ Bob Dylan

From the Cradle
by Eric Clapton

Twelve years ago, Jayme “Dusty” Murphy, then 17, thought satan told him to torch a church near Williamstown, Kentucky. So he and some friends tried to do just that. After serving 39 months of a 5-year jail sentence, Murphy, aka “Reverend Dred,” is now the lead singer of a Christian heavy metal band called Datum Point. He’s also an ordained Pentecostal minister. Here’s the kicker, from a profile in the Cincinnati Enquirer: 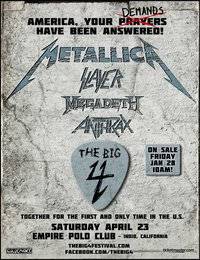 Instead of a tour,  the “Big 4” of thrash metal will play just one U.S. show.   From the Metallica official site: “You’ve probably heard us all say it . . . the vibe was just so incredible at last year’s Big 4 shows that we can’t stop now!! So we’re finally bringing the love to our home turf on April 23, 2011 with ‘Tallica, Slayer, Megadeth, and Anthrax in Indio, CA at the Empire Polo Club (yes, the more observant of you will note that this is the same spot where the Coachella Festival takes place the weekend before).”