from Today’s Zaman by YAVUZ BAYDAR

What do a Turkish and a Greek Cypriot journalist do when meeting over dinner in Marrakech? Without a doubt, risking torment over the subject, they talk about the fate of the settlement talks between the two leaders of the divided island.

from Yahoo news
Turkey on Thursday said it was disappointed with a European Union (EU) report on the country’s progress in 2009 in its accession bid to the 27-nation bloc but reiterated commitments to EU membership. The European Parliament (EP) adopted the report on Wednesday, which urged Turkey to start prompt withdrawal of troops from Cyprus, a Mediterranean island divided into the Turkish north and Greek …
EP expresses concern over Sledgehammer, Ergenekon
Today’s Zaman
The European Parliament ?is concerned about the alleged magnitude of the Ergenekon criminal network and the Sledgehammer Plan; urges the Government and the 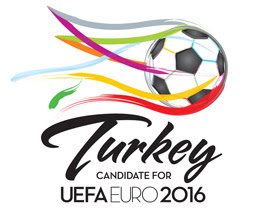 The Quote of the Week: ?Mediterranean Union? by Atila Eralp and Cigdem Ustun

Excerpt from Atila Eralp&Cigdem Ustun (2009) ?Introduction? in The European Neighborhood Policy and the Southern Mediterranean: Drawing from the Lessons of Enlargement edited by Michele Comelli, Atila Eralp and Cigdem Ustun, METU Press, Ankara.

The RAND Corporation has released a new report, “Troubled Partnership U.S.-Turkish Relations in an Era of Global Geopolitical Change on the U.S.-Turkey Relationship,” in which RAND analyst F. Stephen Larrabee lays out the basic framework of the two countries’ bilateral relations. Among Larrabee’s recommendations for United States’ policies are:

by SUAT KINIKLIOĞLU
On Jan. 25, 2010, Justice and Development Party (AK Party) member Mevlüt Çavuşoğlu was elected the new president of the Parliamentary Assembly of the Council of Europe (PACE).

from EurActiv.com by Herve

Isar was speaking after an event in the European Parliament marking the launch of Istanbul’s year as European Capital of Culture for 2010 (2 February), at which he was one of the keynote speakers.

AMANDA PAUL – Does anybody really believe the Cyprus problem will be resolved?

The Cyprus issue is one of the longest-running problems on the agenda of the UN, with the organization being involved since 1950 and spending thousands of hours and huge sums of money on it.

Foreign policy and conflict resolution expert Ulrike Dufner said the European Union can do more to pressure the Greek side to solve the Cyprus issue, but it does not.

by AMANDA PAUL
Turkey and Armenia have lived under a shadow of mutual dislike and distrust for decades. They have no diplomatic ties, and their common border has been closed since 1993. Almost from the moment they are born, Armenians are taught about the genocide, while Turks feel little love for a nation that has branded their grandfathers murders.

Turkey can save the pompous European has-been

The Copenhagen Climate Change Conference was an unmitigated disaster for the European Union. Instead of the EU claiming center stage, as its leaders assumed it would, the key actors were the United States, Brazil, South Africa, India and China. Indeed, when the accord was reached, the EU not even in the room. Copenhagen exposed the demise of Europe not only as a global power, but even as a global arbiter.

Forget about Super Bowl or the record breaking snowfall in Washington DC. Another snow job was in the works by the usual stormtroopers of Armenian cause. here we go again. View the sponsors.

Turkish hand me down Olli Rehn to the Rescue to help Greeks. He was currently serving as European Commissioner for Enlargement.Rehn presided over the accession of Bulgaria and Romania in 2007, as well as continuing negotiations with Croatia and opening them with Turkey, the latter being perhaps the most significant and the most hotly debated future accession. Rehn favours Turkish membership but has controversially suggested permanent restrictions on the free movement of workers from Turkey, “in case serious disturbances occur in the labour market within the EU as a result of Turkey?s accession”.

The European Court of Human Rights (ECHR) has ruled that religion cannot be listed as a field on Turkish national identification cards, which all Turkish citizens are required by law to carry. In 2006, Turkey began allowing people the right to leave the field blank or change their religious designation by application, though the ECHR ruled that the new regulation did not go far enough. The ECHR decision also said it was not the duty of the state to collect religious information about its citizens, which the Turkish Statistical Institute collects all the same regardless of whether religion is left blank or entered on the ID card.

from Yahoo news
Turkey wants to expand its influence throughout its surrounding region, creating a peaceful, stable environment in which its economy can prosper.

1 thought on “EP reports on Turkey, nothing more than self-satisfaction for EP MEPs…”