Yıldırım: We Learned of Coup Attempt from Kith and Kin The chief of Turkey’s National Intelligence Agency (MİT), Hakan Fidan, has come under fire for not informing high level officials of the July 15 failed coup attempt

Power’s always swung between mosques and military. But the brutality of this clampdown is at a new level – and I’ve been jailed before. We need Europe’s helpThe coup attempt took place on a Friday night. By Sunday evening a list of 73 journalists to be arrested had been leaked by a pro-government social media account. My name was at the top.

A Greek court has sentenced each of the eight Turkish officers who fled to Greece after the failed coup attempt of July 15 to two months in prison, on charges of illegally entering the country

The European Union has expressed its concern at Turkey’s decision to impose a three-month state of emergency as the country’s president revealed the armed forces would quickly be restructured and “get fresh blood”.

World news: Turkey | guardian.co.uk by Philip Oltermann in Berlin and agencies in Istanbu

German authorities believe there is a growing likelihood that thousands of Turks could apply for political asylum in the coming weeks or months, potentially creating a new influx of refugees this summer. Turkish Cyprus has declared that it has designated the Fethullahist Terror Organization (FETÖ) as a terrorist organization, after the group allegedly tried to topple the Turkish government with a failed coup attempt on July 15

NYT > Turkey by By MARK LANDLER

Rumors that America was behind the failed military action threatened the safety of U.S. citizens in Turkey, Mr. Obama said, and could damage the nations’ ties. 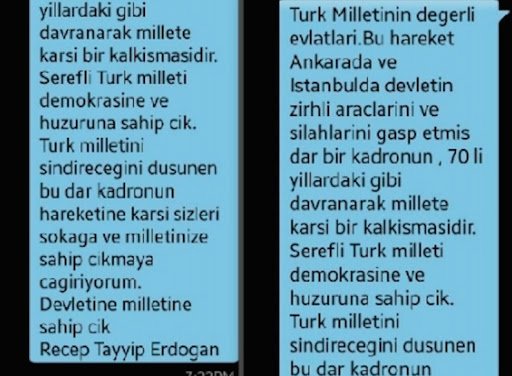 Text message attributed to Turkey’s president calling citizens onto the streets in defense of their democracy. Widely shared.

The European Union expressed “concern” on July 21 over Turkey’s decision to impose a state of emergency following the failed coup attempt, urging the country to respect human rights and the rule of law

The opposition Peoples’ Democratic Party (HDP) will organize a rally against the July 15 failed coup attempt in the Sultangazi district of Istanbul. The rally, titled “No to Coups, Democracy Now,” will be organized on July 23 at 1:30 p.m.

The Turkish Education Ministry is set to close over 600 private education institutions allegedly linked to the outlawed Gülen movement, as the massive crackdown continues on the followers of the organization who have infiltrated into a number of public institutions, as well as the military and the judiciary

Netizen Report: What do Zimbabwe, Kashmir, and Turkey Have in Common? Internet Censorship. 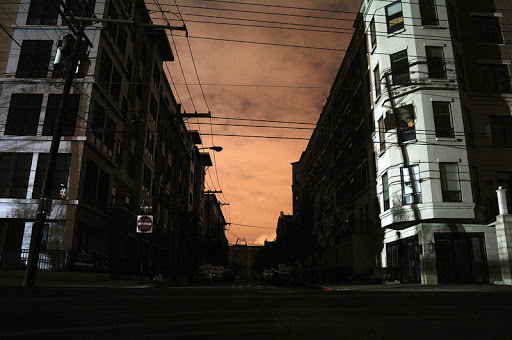 Turkey Adds Wikileaks to a Long List of Blocked Websites 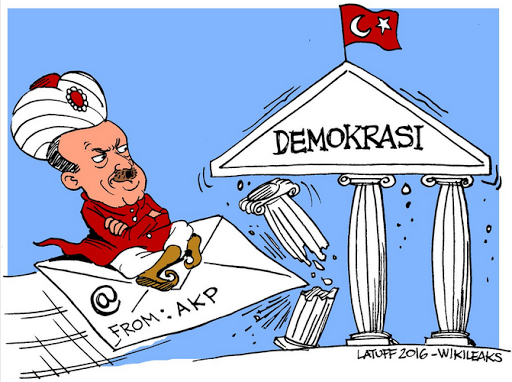 Cartoon rendering of Erdogan riding an email into a pillar of democracy. Cartoon by Carlos Latuff/Wikileaks.

World news: Turkey | guardian.co.uk by Patrick Kingsley
Supporters and opponents of the Turkish president were united in condemning the coup attempt, but there are still many who do not trust him, and the inevitable reprisals could alienate even more
10 amazing things about Turkey’s failed coup
RT
Erdogan may be forgiven for questioning Wikileaks‘ claim of impartiality (the emails released were attributed to ‘akparti.org.tr’, the primary domain of the Turkish government). The leaked documents could ultimately prove severely embarrassing for the Turkey will follow France’s example in suspending temporarily the European Convention on Human Rights following its declaration of a state of emergency, Deputy Prime Minister Numan Kurtulmus said on Thursday (21 July), according to broadcaster NTV.

Failed Turkish Coup Accelerated a Purge Years in the Making President Recep Tayyip Erdogan, whose officials had compiled lists of those with questionable loyalties, has labeled many civil servants as potential enemies of the state. After the failed coup, the crackdown. There are very real fears among Turks about what will come next. More than 50,000 people have been detained, sacked or suspended from their jobs amid a crackdown in Turkey following last week’s failed coup. One of the leaders of the Turkish expatriate community in Germany, Gökay Sofuoğlu, spoke to EurActiv Germany in the aftermath of the failed coup in his homeland about the impact of Ankara’s domestic policy on Turks living abroad.

Erdogan targets more than 50,000 in purge after failed coup Turkey vowed to root out allies of the US-based cleric it blames for an abortive coup last week, widening a purge of the army, police and judiciary yesterday (19 July) to universities and schools, the intelligence agency and religiousauthorities.

Azerbaijan and Turkey: Caught in a Bad Bromance

‘Turkey has changed’: Women on the failed coup Turkish women talk about the mood in the country after Friday’s attempted coup.

Turkey coup attempt: ‘I was run over by two tanks’ CCTV footage shows the moment government supporter Sabri Unal was run over by tanks during the attempted coup in Turkey.

Turkey: of coups and popular resistance

The construct of ‘the people’  thrives on and demands homogeneity of values and unity of purpose and banishes diversity and difference to the realm of the evil ‘other’.

Supporters of Turkish President Erdogan at a rally in Kizilay main square, in Ankara, July 20, 2016. Hussein Malla /Press Association. All rights reserved.The morning of Saturday 16 July, the sun rose over a different Turkey.

Can and should NATO learn from the EU?

When a group within the Turkish military attempted a coup to overthrow the current government under the leadership of Recep Tayyip Erdoğan and his Justice and Development Party (AKP) last Friday, the world knew that chaotic times will be ahead. This was however not the first coup d’état in Turkish history. While Erdoğan is now ‘able to do whatever he wants’ and working on restoring his power in Turkey, it would be interesting to see how the international community deals with the country. And even more striking would be to see and hear the reactions by the two organisations most important for Turkey, NATO and the EU. The lack of NATO’s responses and measures suggest that it may have to learn a lesson from its counterpart, the EU. Will not be televised The failed coup, Wikileaks and a State of Emergency; we take a look at Turkey’s turbulent week as played out digitally. How have Turks online responded to the crackdown? Turkish prosecutors are targeting those online who supported the failed coup, but varied opinions about the crackdown still exist in the country. Turkey’s President Erdogan has accused the Gulen movement of being behind the failed coup – but what is the movement and what does it want?

How does society react to the post-coup crackdown? Nearly a week on from the failed coup attempt in Turkey, society is divided over President Erdogan’s crackdown.

The Strange Death of Turkish Secularism

Turkey’s failed coup is likely to reinforce the illiberal democracy emerging under President Recep Tayyip Erdoğan, in which majoritarian rule runs counter to pluralism, human rights, and freedom of speech. The stability of such a system in Turkey – where hostility to Erdoğan is strong – remains to be seen.