National Security Experts Weigh in on the “Apple v. FBI” Battle – “If [the FBI is] lying, that would be a very, very big deal.”
Upvoted by Nick Dyen

“Apple is being mischievous here,” two national security experts at the Brookings Institution warned in a blog post last week, “and the company’s self-presentation as crusading on behalf of the privacy of its customers is largely self-congratulatory nonsense.” 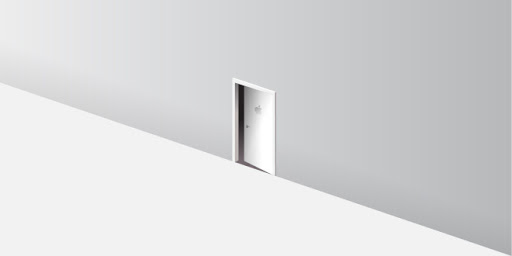 The FBI’s spin has a lot of people thinking about its Apple fight all wrong. The post The Apple-FBI Fight Isn’t About Privacy vs. Security. Don’t Be Misledappeared first on WIRED. Apple has published a letter explaining why it’s not complying with the FBI’s request to develop a unique version of iOS that would make it trivially easy for the FBI to unlock an iPhone. The FBI has a terrible record of abusing its power, and Apple doesn’t want to enable them:

America Backs the Feds in the Apple Encryption Fight, and So Does Bill Gates (Sort of)
MIT Technology Review
Opinions are flying fast in the dispute between Apple and the FBI, but new evidence suggests the feds haven’t told us the whole story.
Bill Gates: Microsoft would backdoor its products in a heartbeat
Boing Boing by Cory Doctorow Bill Gates has joined Donald Trump in condemning Apple for refusing to backdoor its products at the behest of the FBI, promising that the company that he founded, a waning firm called Microsoft, would happily compromise its security on demand for the US government. (more…) Netroots movements — grassroots programmers who pitch in on political campaigns — have been significant factors in US electoral campaigns since the Howard Dean era, and indeed, some of the key players from that era are still deeply involved in campaign tech, but the netroots that’s pulling for the Sanders campaign is a significant advance on the netroots of years gone by. (more…)

Two lawmakers are reported to be planning to unveil details of a major encryption bill Wednesday, as the FBI’s battle with Apple continues and a debate grows over what role government should play in regulating technology.

Do you need a quick organization chart to show the hierarchy of employees in your business? Well, just open a blank Google Spreadsheet, put the employee names in a column and your org charge should be ready in minutes. Here’s a sample org chart created with nothing but Google Sheets.

Twenty years ago, large chunks of the Web went dark. These sites were changing their layout, or in some cases even going offline, to protest the Communications Decency Act, signed on February 8 by President Bill Clinton as Title V of the landmark Telecommunication Act. By some estimates, more than 5% of sitesonline on the early Web took part.

The Next Web by Natt Garun

Facebook may be the go-to social network in many parts of the world, but in Japan, it seems users are preferring to stick with 140 characters or less. A new report by the Wall Street Journal indicates that Twitter is quickly outgrowing the likes of Facebook by approximately 10 million users in Japan. Twitter this week revealed it has 35 million monthly active users as of the end of 2015, compared to Facebook’s 25 million. “We’ve seen more than a five-fold growth in usage in a really short time,” Shailesh Rao, Twitter’s vice president of Asia-Pacific, Latin America and emerging markets, tells…
Internet Users in Emerging Markets Flock to Social Networks (Report)
All Facebook by David Cohen

Obviously, fewer people in developing and emerging countries have access to smartphones and the Internet, but those who do are ravenous social network users.

According to a new study by Pew Research Center, 76 percent of Internet users across the 40 countries it surveyed used social networking sites, with the most avid users coming from regions with less access to the Internet:

Meet the ‘Pirate’ Journalist Hunted By the Music Labels

Three and a half years ago TF stumbled across a little goldmine. For reasons best known to IFPI their Latin America intranet had started spewing private anti-piracy related documents onto a public facing webpage.

We published several reports on the information IFPI had inadvertently revealed to the world, which included an interesting presentation on how pre-release music piracy could be reduced.

Instagram now shows numbers of likes at 4 instead of 11. Can you manage?

The Next Web by Natt Garun

Back in my day, the mark of a successful Instagram post had a number on it – specifically, 11 or higher. This week, that changes, because the number has dropped down to four. In an extremely minor update, Instagram will now show a number count for photos with at least four likes or more rather than name the first few users who liked your photo. Me when I get over 11 likes on Instagram https://t.co/v8Q2mtT2oJ — El Bramwell (@bellamuxrte) February 15, 2016 Kendall Jenner gets paid $125K-$300K per instagram post & I’m here trying to get 11 likes to change the names to…

What’s Next for Wearable Tech?

The wearables market is just starting to explode, but we’re already taking it for granted. And it’s hard not to wonder where it will go next – especially considering where we’ve been.
The Sony Hackers Were Causing Mayhem Years Before They Hit the Company
Wired Top Stories by Kim Zetter

More prolific than previously believed, hackers behind the Sony attack appear to be responsible for some 45 different malware families used since 2009. The postThe Sony Hackers Were Causing Mayhem Years Before They Hit the Companyappeared first on WIRED.

Creating stellar B2B content is tough but essential. That’s a good thing, because content marketing will cease to be valuable the moment it becomes easy. Tough strategies create profitable competitive advantages. So, quit whining about how hard it is to create content and start solving the problem. It’s most helpful to tackle this B2B content […]