We’ve got our hands on the final pre-summit draft of the UK’s “new settlement” deal, sent to member states by Donald Tusk, the summit’s host, in the early hours of this morning.

There are not many changes from Tusk’s first version, published two weeks ago. A lot of the political issues have been left to the summit of EU leaders this evening. We’ve annotated a version of the main text, which you can view here.We’ve also run through the decision setting up an emergency brake for non-euro countries, which is here. I’m afraid Tusk provided no track marks in these drafts, making it difficult to see where the changes were made, but we hopefully spotted all the main issues and revisions. There are two particularly interesting tweaks: Britain will vote on its membership of the European Union on June 23, Prime Minister David Cameron said Saturday (20 February) as he began the daunting challenge of persuading the country to stay in.
Facing facts about the EU referendum
Ideas on Europe by Jon Danzig Key dates in Britain’s relationship with the EU

EurActiv.com by frederic.simon
Prime Minister David Cameron could agree a reform package at a summit in Brussels starting Thursday (18 February), paving the way for a referendum on whether Britain should leave the European Union as early as June.

Sign reads, “Once there was a huge spectacle. They called it the school for sheep. Those got the highest accolades, who didn’t speak, but only bleat.” (Excerpt from a poem by Sándor Weöres.) Image: István Huszti / Index.hu. Used with permission.

Research suggests that the UK media are failing to adequately inform the British public, ahead of the country’s referendum on EU membership. The BBC, in particular, has a duty to step up its game.

Before the end of 2017, perhaps as early as June of this year, voters in Britain will decide whether to remain part of the European Union. Whilst the majority of commentary so far has focused on the economic implications of Brexit, leaving the European Union would also have consequences for many other aspects of British life.

European Union Struggling With How to Keep Britain in the Fold
NYT > Turkey by By STEPHEN CASTLE and JAMES KANTER
The leaders of the 28 nations are meeting in Brussels to confront issues over Britain and the migrant crisis that challenge the longtime goal of “ever closer union.”
VIDEO: ‘The deal is a fair one’ – Juncker
BBC News | Europe | World Edition David Cameron says the EU reform deal has “delivered on the commitments” he made at the start of the process.
A hard-headed calculation to avoid Brexit
BBC News | Europe | World Edition Why Cameron’s EU peers went for a deal in the end
Debate: EU partners want to prevent Brexit
euro|topics
The leaders attending the EU summit on Thursday and Friday plan to reach a deal with Prime Minister David Cameron in the hope that this will keep the UK in the Union. The British will vote either this year or at the latest in 2017 on whether to stay in the EU or not. What would a Brexit mean for Europe?
EU summit: What EU reporters make of Brexit talks
BBC News | Europe | World Edition What EU reporters make of Brexit talks
The UK, EU and Brexit: Who wins and who loses?
AL JAZEERA ENGLISH (IN DEPTH) We look at what the European Union will look like without Britain and how the UK will fare without the EU.
EU summit: High stakes and missed meals
BBC News | Europe | World Edition How talks on a new deal for Britain in Europe unfolded
Cameron’s lose-lose strategy
EurActiv.com by Samuel Morgan
This will go down in history as the losers’ European Council. David Cameron has fashioned a lose-lose  game plan in which both the UK and the EU will emerge weaker from his plebiscite politics, writes Denis MacShane.
VIDEO: Is Europe’s Schengen zone doomed?
BBC News | Europe | World Edition Laurence Peter looks at what the end of the Schengen zone could mean
Reporting on migration: How the media is shaping the conversation
Journalism.co.uk
What should be the role of news organisations and social media in making sure the refugee crisis is portrayed fairly and accurately?
Refugees vs economic migrants: Europe changes rhetoric
AL JAZEERA ENGLISH (IN DEPTH) Are European migration policies being driven by efforts to quickly classify new arrivals as either migrants or refugees?
DiEM25: ten years to save Europe?
open Democracy News Analysis – by Precarious Europe

Precarious Europe was in Berlin for the launch of Democracy in Europe Movement 2025, kicked off by former Greek finance minister Yanis Varoufakis. The BBC’s Ben Wright reports from the media centre of the European Council in Brussels, as talks on reform of the UK’s place in the EU enter a second day.
Debate: EU lifts sanctions against Belarus
euro|topics
The European Union will let most of its sanctions against Belarus expire on the grounds that ahead of Lukashenko’s re-election in 2015 the number of human rights abuses in the country decreased and political prisoners were freed. But is lifting the punitive measures the right solution?
Why Now Is the Time for a Unified Response to Europe’s Migrant Crisis
RAND: Commentary by RAND Staff Some EU member states are re-instating temporary internal border controls in an attempt to control the flow of migrants. If the EU is to develop a coordinated plan to successfully manage the crisis, it needs to achieve a more balanced redistribution of migrants and establish more efficient processing of asylum applications.
Debate: The state of public broadcasters in Poland
euro|topics
Critics in Poland and abroad have accused the Polish government of turning the country’s public media into an instrument of propaganda through a series of restructuring measures. Is the accusation justified? Two Polish media outlets state their views.
Debate: Finland wants to curb family reunification
euro|topics
New legislation will require asylum seekers and Finns who want spouses living in non-EU countries to join them in Finland to provide proof of a net income of at least 1,700 euros per month in future. The Finish press criticises the draft law currently being put together by the government in Helsinki.
Migrants in Europe have become fair game
EurActiv.com by Georgi Gotev
As the European Union summit starts today (18 February) in Brussels, the UN Special Rapporteur on the human rights of migrants, François Crépeau, warns that it has become impossible in Europe to have a meaningful discussion about migrant rights, diversity, and integration.
Debate: Anti-Semitism in Europe
euro|topics
According to recent polls 57 percent of the Jews living in France are thinking about moving to another country. Statistics released by London’s Metropolitan Police also show that hate crimes against Jews were up 61 percent in 2015. How should Europe react to growing anti-Semitism?
Debate: London and EU partners haggle over reforms
euro|topics
The EU summit in Brussels is turning into a showdown on the Brexit issue. Will Prime Minister David Cameron manage to secure enough concessions from his EU partners to persuade his countrymen to stay in the EU?
Debate: Eastern Europe’s call for more borders
euro|topics
The Visegád states’ “plan B” continues to fuel debate on the eve of the EU summit. These countries want to shut down the Balkan route if Greece doesn’t manage to seal its EU external border. Who is isolating themselves here, the Eastern Europeans or Angela Merkel?
Anti-Muslim hatred from the margins to the mainstream
open Democracy News Analysis – by Joe Mulhall

Whatever local Muslim communities do to remind society that these extremists don’t represent them, there are media commentators, as well as right-wing politicians, constantly fostering a narrative of collective responsibility. 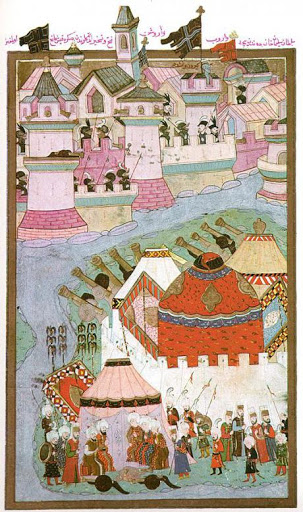 Greece accuses EU partners of hypocrisy and lying about Greece’s handling of the huge migrant influx from Turkey.