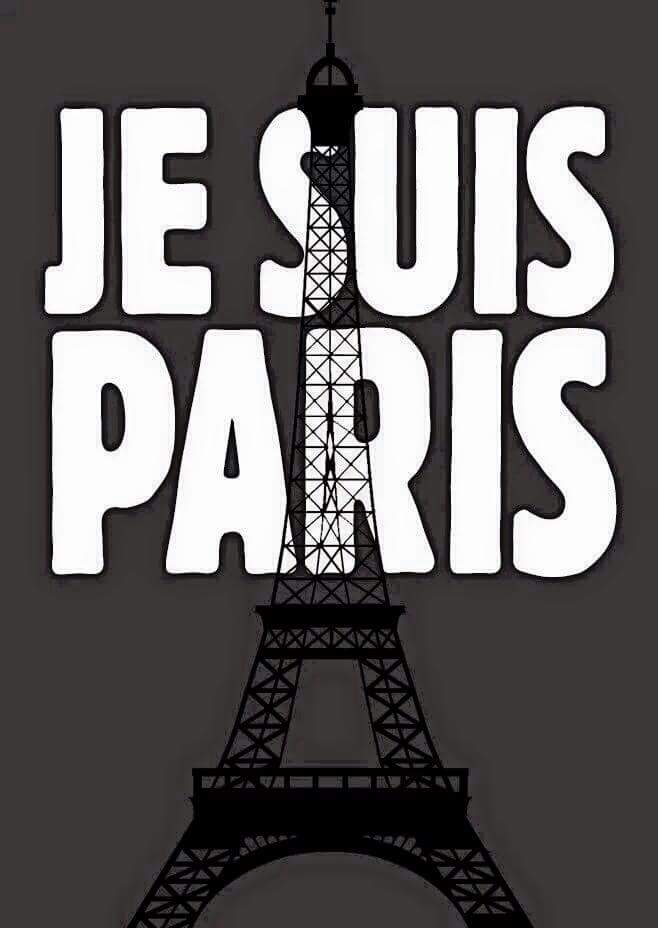 Paris attacks were ‘act of war by IS’

The last few hours have been a whirlwind, trying to…

VIDEO: ‘There was a whole pile of bodies’
BBC News | Europe | World Edition

An eyewitness to a gun attack in Paris has describes seeing a a “pile of bodies” outside a cafe in Paris, following a gun attack.

Map: Where the Paris attacks happened

AL JAZEERA ENGLISH (IN DEPTH)
The locations and casualties of the shootings and blasts in the French capital.

After a wave of attacks in Paris, French President François Hollande declared a state of emergency and closed the country’s borders, saying the attacks were of “unprecedented scale.” At least 120 people are dead, according to reports

The sound of an explosion has been recorded at a football the match at the Stade de France in Paris.
Obama on Paris bloodshed: An ‘attack on all of humanity’
Mashable! by Juana Summers

BBC News coverage following reports that many people have been killed in shootings and explosions in Paris.
VIDEO: Obama: ‘We stand with France’
BBC News | Europe | World Edition

US President Barack Obama condemns a series of attacks in Paris which have left dozens of people dead.

In the wake of coordinated terror attacks that left at least 120 dead in Paris late Friday and early Saturday, people across the globe took to social media to express support for the victims of the carnage.

Facebook has activated its “safety check” feature in the wake of the terror attacks in Paris on Friday.

Parisians open their doors to strangers with hashtag #PorteOuverte

As Paris, France reacts to multiple terrorist attacks on Friday night, the people of the city are coming together by opening their doors to strangers

Scenes from France-Germany soccer match in aftermath of Paris attacks

It was supposed to be a day of eager anticipation for French sports fans, as France and Germany played an international soccer friendly in Paris. Perhaps, if you used your imagination, it was a preview of the Euro 2016 soccer final — France has a chance to reach the end of Europe’s most prestigious tournament while hosting the event on home soil next summer.

Sites of terror: Where the Paris attacks happened

Details continue to unfold following Friday night’s horrific acts of terror across Paris. Here’s what we know about the sites of the attacks — a famed soccer stadium, a popular restaurant and a renowned music venue

Paris is closing all of its performance spaces, concert halls and theaters, and organizers canceled a major concert with star performers, after at least 100 people were killed in a siege in one of the city’s most popular theaters, the Bataclan.

Witness accounts from people inside the Bataclan concert hall in Paris have painted a gruesome picture of what occurred as gunmen opened fire on the crowd, murdering 100 people

Parisians tweet photos in desperate search for lost loved ones

“I am looking for my little sister Soad.”

This footage shows soccer fans in paris fans sing the French national anthem as they evacuate from the Stade de France during numerous attacks in Paris on Nov. 13. [Additional reporting by Storyful] Read more…

On the streets of Paris amid a night of carnage

PARIS — I walked through the 10th arrondissement about an hour and a halfbefore the attacks. It was a beautiful fall evening in the city.