Skip to content
A Q&A with The Guardian U.S. about its new mobile innovation lab
Nieman Journalism Lab by Laura Hazard Owen

The Guardian U.S. has nabbed $2.6 million from the Knight Foundation to launch an “innovation lab” within its New York City newsroom. The lab will focus on news consumption via mobile devices. Per the release:

…Facebook? The new report on the world digital news from Oxford’s Reuters Institute for the Study of Journalism found that 41 percent of respondents, representing 12 countries including the U.S., use Facebook to read and share news during any given week. And traffic from Facebook to publishers has also increased: The report found a 42 percent growth in Facebook shares of news content in January 2015 from a year earlier. RELATED ARTICLEMore people around the world are getting news on phones, but
Nieman Journalism Lab / by Justin Ellis /
A central hub for social reporting: Why hyper-distributed Reported.ly still decided to make a website
Nieman Journalism Lab by Justin Ellis

If you jump onto Twitter at a random point on a busy news day, you may feel as if someone is shouting at you in a foreign language — it’s disorienting, hard to follow, and makes you look for the nearest exit.

The Intercept used a screenshot of the Sunday Times front page in a story that criticized the paper for its crappy, gullible, manipulative Snowden reporting.Read the rest

Crowdsourcing The Counted: How The Guardian aims to put the audience at the heart of its journalism
Nieman Journalism Lab by Mary Hamilton

On June 1, The Guardian launched The Counted, a large-scale interactive project which counts every person killed by law enforcement officers in the United States. Because there isn’t an official tally of police-involved killings, The Guardian used data from multiple sources, including crowdsourced tips and local media reports. The reporting team have been working to pull names, images, and personal details where possible, plus causes and circumstances of death, into a comprehensive data set. We’re counting because there is no official count.

Newsonomics: In Toronto, The Star is making its own big bet on tablets
Nieman Journalism Lab by Ken Doctor

Can The Toronto Star have it both ways?

Can it maximize the value of its print paper, continuing to extend that value proposition to advertisers and readers every which way — and find a new, large profitable audience with the launch of its La Presse-like tablet news product in mid September? 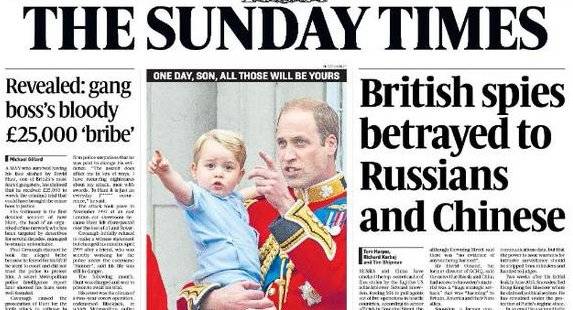 The “bleak reality of local news,” Steve Waldman writes, is that the ad-based revenue model can’t support stories that take a lot of time to write but don’t pull in clicks. The answer, he suggests, is a community service-based model grounded on lessons from “the three-decades-old movement of national and community service programs such as AmeriCorps, City Year, and Teach for America.”

The birth of breaking news
kottke.org by Jason Kottke

The completion of the US transcontinental railroad in 1869 in Utah was also the birthplace of the newsflash. The news was delivered via telegraph through a clever scheme: the famous golden spike and a silver hammer were each wired to the telegraph so that when hammer struck nail, the circuit completed and the news raced out along telegraph wires to the rest of the nation.1

A blow for mobile advertising: The next version of Safari will let users block ads on iPhones and iPads
Nieman Journalism Lab by Joshua Benton

RELATED ARTICLE
For news organizations, this was the most important set of Apple announcements in years
Public radio is seeing a shift in digital listening: Live streaming is slowing, on-demand is growing
Nieman Journalism Lab by Joseph Lichterman

There are early indications that the digital listenership habits of the public radio audience are changing, as fewer people listen to live streaming audio and a growing number choose to tune in on demand.