BBC Turkish has an image gallery of the changing silhouette.

ISTANBUL – Independent film festival “!f Istanbul” is showing the most eclectic and edgy independent films and award-winning documentaries of

Istanbul’s TÜRVAK Cinema-Theatre Museum is showcasing over fifty movie posters that were made in the past ninety years. The exhibition, dubbed 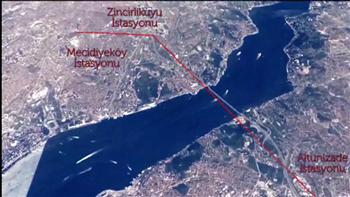 Plans to build 19 gondola (cable car) and airway projects, as well as a parking lot project, have arrived at the Istanbul Greater Municipality (İBB) council for approval

One day in Istanbul

The day started early with a bus ride, along the 10-lane highway, from Ataturk airport to the Taksim area in the heart of Istanbul, whizzing past low-rise

Two More Wounds In The Heart of Istanbul

A metro bridge over the Golden Horn is inaugurated in Istanbul today by Prime Minister Tayyip Erdogan, a day after a 400-year-old mosque near Taksim Square was reopenedby Erdogan’s deputy Bulent Arinc after an equally controversial restoration.