The media in PM Erdoğan?s plane to Berlin

The other evening, I ran across a Turkish group while entering the new favorite hotel in Berlin, the Ritz Carlton. The one among them with the long grey hair looked familiar.

Opening one negotiation chapter with Turkey during each six-month rotating presidency of the European Union is not acceptable, Turkish EU Minister Mevlüt Çavuşoğlu has said 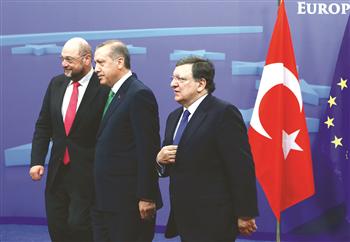 Turkish PM to seek support for EU bid in Berlin

Turks want the European Union type of liberal democracy, according to a former EU envoy. ?You cannot mould the minds of people anymore.

Al-Qaeda chief Ayman al-Zawahiri had already ordered the group in May 2013 to disband and return to Iraq, and announced that the al-Nusra Front, was al-Qaeda’s official branch in war-torn Syria

The Foreign Policy Programme (TESEV) January 22, 2014 By Olgu Okumuş * Growing domestic energy demand and the objective of being an energy transit hub have shaped Turkey?s energy sector in the last decade. To meet the growing demand while managing its effects on national budget deficits, Ankara has liberalized the energy market and diversified [?]

After a week of talks, the first round of the Syria peace conference comes to an end today in Geneva. Unfortunately substantial results are not to be expected, according to UN mediator Lakhdar Brahimi. These show-talks can’t bridge the wide gaps between the Assad regime and the opposition, commentators criticise, and pin their hopes on the US and Iran.

A disagreement over transit passes between Turkey and Bulgaria has resulted in the closure of the frontier to their respective neighbor?s trucks

Clashes have been ongoing between ISIL and Syrian Turkmen groups for over ten days around the Çobanbey town, mostly populated by Turkmens 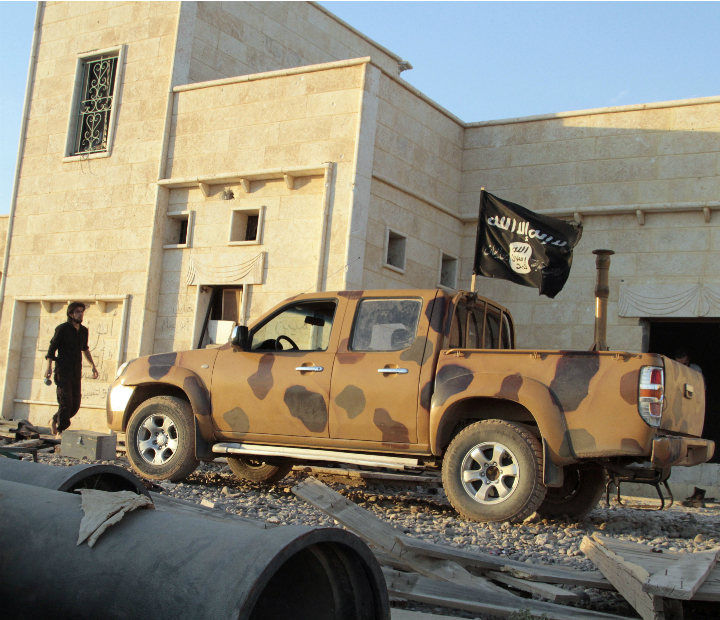 For more than a decade, al Qaeda has been aggressively extending its reach through a sort of franchising strategy, signing up an ally here and a subsidiary there to fight its global jihad.

Turkey and the EU, a critical turn in relations

Opinión CIDOB, nº 219, February 3, 2014 Barcelona Centre for International Affairs (CIDOB) Kivanç Ulusoy * On the 21st of January the Turkish Prime Minister Recep Tayyip Erdogan paid his first visit to Brussels in five years when the then French president Nicolas Sarkozy invited him. After this long interval and a growing estrangement between

A shift ahead for German-Turkish relations?

Deutsche Welle (Germany) 03.02.2014 Regina Mennig Turkey?s crackdown on protesters and Germany?s plans for a revised dual citizenship scheme have put a strain on German-Turkish relations. But there is hope for finally turning this around, experts say. No small task lies ahead for Turkish Prime Minister Receop Tayyip Erdogan and German Chancellor Angela Merkel as

Turkey and Germany: Forging the next phase of strategic dialogue

Hürriyet Daily News (Turkey) February 3, 2014, p. 7 Bülent Aras * The burden of the future design of EU foreign policy seems to be shifting to Germany?s shoulders ? whether it likes it or not. Germany?s foreign and security policies, its assets and capability to pursue these policies are likely to be more visible