Turkey’s judges and prosecutors board body on Jan. 10 slapped down the government’s plans to curb its powers, calling the proposed reforms unconstitutional

Turkey’s strong economic growth over the past decade, bringing relative prosperity to previously neglected parts of the country, has underpinned the popularity of the prime minister, Recep Tayyip Erdoğan, and his mildly Islamist Justice and Development party (AKP).

A Race for More Than the Mayor of Istanbul

As a corruption scandal has imperiled Prime Minister Recep Tayyip Erdogan?s hold on power, the spotlight is shifting to the race as the first step by opponents to challenge him at the ballot box 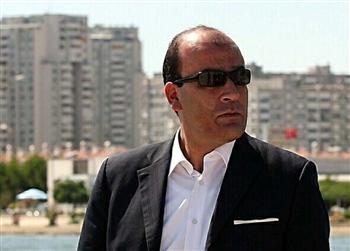 Borsa Istanbul shuts down due to technical problem

An unexplained technological problem shut down trading at Turkey?s stock exchange Borsa Istanbul as of 10.51 a.m. during the morning sessi

Sultanateminister of Public Enlightenment and Propaganda in action again

Just like during the Gezi protests, it has fallen to Finance Minister Mehmet ?Nominal? Şimşek, who is moonlighting as Minister of Enlightenment and Propaganda, to clean up the economic debris