brookings.edu ? Peter W. Singer ? 1/3/14 ? In Foreign Policy magazine, John Hannah, a former national security advisor to Dick Cheney, suggests that ?the end? of Recep Tayyip Erdoğan, the Turkish prime minister, may ?suddenly be within the realm of 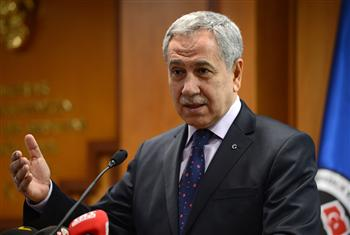 Amid a grand graft probe involving the government that kicked off on Dec. 17, PM Erdoğan gathered with his inner circle for an unannounced meeting in Istanbul

Erdoğan isolates himself in power

On the road to have more control over ruling the country, Turkish Prime Minister Tayip Erdoğan seemingly isolates himself in power; in his own government?s power

Turkey?s judiciary must revisit convictions given in the Ergenekon and ‘Balyoz’ coup-plot cases and terminate special courts, bar unions maintains

On Turkish State TV, You Can Laugh, But Not Drink

While censorship and self-censorship remain as serious problems for the Turkish media, the public broadcaster hits the headlines with another “booze-related” incident.

CHP’s former head Deniz Baykal is holding surprise meetings in Ankara and confirmed that he will meet President Abdullah Gül on Jan. 4