While continuing denial in graft probe, three members of the Turkish cabinet stated 3 different amounts [in Turkish] Turkey supposedly lost during the current crisis. Ali Babacan (L), Minister of Economy, 49 billion dollars , PM Erdoğan: 120 billion dollars, Efkan Ala, new Minister of Interior Affairs, 104 billion dollars. And none of them may actually be true…

2013 was not a very good year for Erdoğan

Perhaps the peak of Turkish PM Erdoğan?s power since his AK Parti took the government in 2002 was his meeting with US President Obama in the White House 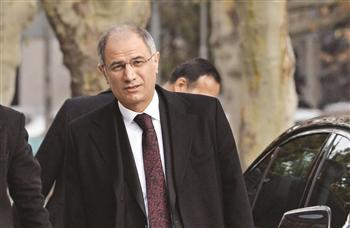 Two deputies, who met with Öcalan and KCK leaders successively, set to meet with justice minister and Interior Minister Efkan Ala, who is expected to hold a key role in the peace process on Kurdish issue

A basket stuffed with rotten apples

The corruption affair is still shaking Turkey. It?s a week ago now that the sons of three Ministers and some businessmen, among whom the filthy rich real estate magnate Ali Agaoglu, were taken into custody, suspected of corruption. That was followed by a wave of policemen getting fired: the government sees the affair as a