An anonymous reader writes with this bit from The Next Web “Bitcoin hit a new milestone today, passing the $1,000 mark for the first time. The virtual currency is currently trading above the four-digit figure, with its highest at $1,030 on Mt. Gox, one of the largest exchanges.

Earlier this month, mathematics vlogger Vi Hart posted a ringing denunciation of the new integration of Youtube comments with Google Plus, arguing that the ham-fisted change had brought Youtube comments to an even lower low. Hart said that the new system gave precedence to people who were able to provoke lots of replies with trollish and insulting behavior, crowding out good commenters.

The Future of Cloud Computing Now Runs on All Versions of Linux
Docker wants to help developers run their applications anywhere and everywhere. This week, the project got a little closer to that goal by bringing the platform to all major versions of the Linux operating system.

As the Anonymous collective branches out into public street-level operations and gains momentum, a digital activist discusses some of the philosophy and strategy behind the online activities of the movement. Dutch Anonymous-affiliated digital activist .

Although bitcoin was initially touted as an anonymous system, law enforcement is generally able to track breadcrumbs left behind by the currency. You’d normally expect criminals to adapt once law enforcement figured this out, and they likely did

A new Snowden leak reveals that the NSA targeted “radicalizers” of Muslim faith, mining their Internet connections for pornography usage. They compiled lists of targets who could be blackmailed, discredited and compromised by targeted leaks of this information, and circulated the lists to officials in the Departments of Justice and Commerce and the Drug Enforcement Administration. Only one percent of the targets of this program are alleged to have any connection to terrorists; the rest were targeted because of their political beliefs.

OJR.org: An opportunity to watch a spamblog be built in real time 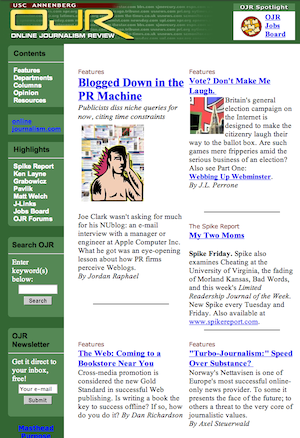 In case you didn?t see my story posted late in the day yesterday, the Online Journalism Review ? a 15-year-old chronicler of the evolution of digital journalism ? has been turned into a spamblog. 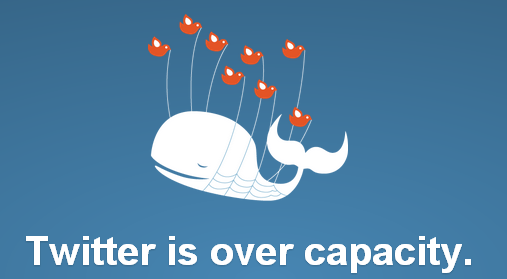 There was a time when the sight of the Fail Whale was common on Twitter, back when the growing startup struggled to keep pace with its users and the sheer volume of tweets. Much has changed since then ? including many more users and, of course, Twitter?s recent IPO? and now the company has admitted it killed off the cult whale this past summer.

Twitter appears to be experimenting with predicting viral tweets

It looks like Twitter is experimenting if they are able to predict which tweets are going to go viral with a new account that?s extremely similar to previous experiments @magicrecsand @eventparrot.

Dega704 writes with news that Edward Snowden is believed to have a collection of highly sensitive classified documents that will be released in the event he is detained, hurt, or killed. According to Reuters, “