This past weekend the world got to witness the first ever YouTube Music Awards. Yes, internet giant Google has decided to make a move into the awards show arena now as well? except this one you watch on your computer. Some people questioned why Google would do such a thing, but it seems to make sense since music videos are rarely watched on television channels like MTV or Much Music anymore in favour of watching them on-demand online. And the main site that people choose to watch music videos on now is, of course, YouTube.

The Singapore government said Monday it was on ?heightened vigilance? following threats from the activist hackers’ groupAnonymous, but denied that any of its websites had already been compromised. The statement by the Infocomm Development Authority …

All that and more in a new Pew/Knight study based on survey data and a multiyear dataset of tweets around news events.

Lots of interesting numbers in there, but they add up to explain why Twitter is bullish about its advertising possibilities.

Inspired by Snowden, more NSA insiders are blowing the whistle 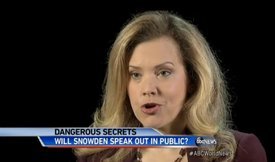 Jesselyn Radack is a civil liberties attorney with the Government Accountability Projectwho has been in contact with Edward Snowden. In an ABC News interview, she reported that other NSA insiders have been inspired by Snowden’s bravery and sacrifice and have come forward with further revelations about the organization’s excess, criminality and lawlessness. She says that the Obama administration’s war on whistleblowers has backfired, squandering the administration’s credibility with its own operatives and inspiring them to speak out.