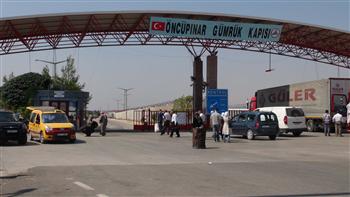 A new bill set to replace a resolution passed last year by the Turkish Parliament authorizing cross-border military operations in Syria might include some amendments, PM Erdoğan said

Assad and the Death of the International Criminal Court

Numerous commentators argue that Syria?s President Bashar al-Assad should be tried for war crimes before the International Criminal Court. If anyone ought to be prosecuted for war crimes, it?s this reviled leader, who almost certainly directed poison gas attacks against civilians. But as Joshua Keating explained in Slate, it?s not going to happen. This, just the latest blow to the ICC, illustrates once again why the prospect of international justice through global courts is ever receding?and why the court?s own days may be numbered.

Division and indecision over Syria

The deal on chemical weapons reached by Russia and the United States marks the latest chapter in the West?s effort to stay out of Syria?s civil war. After Russia?s diplomatic initiative, a military strike has been avoided. The White House says that diplomacy backed by a credible military threat has succeeded, and European leaders claim that their appeal for a UN process was heard. Obama?s wish to avoid military solutions may have created new momentum for negotiations with Iran. But this moment of jubilation could be short-lived: a daunting task at the UN awaits; military action may still be needed; and transatlantic cohesion has been damaged.

The U.S. Secretary of State said it was vital that a deal on Syrian chemical weapons be enforced

Syrian Rebels Use iPads and Smartphones to Aid Weaponry 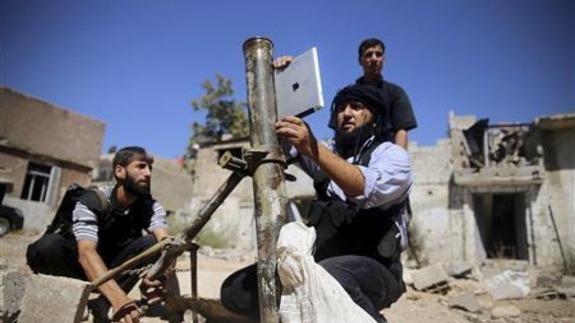 In the absence of a military infrastructure, Syrian rebels have turned tosmartphones and tablets to track, aim mortars at, and plot attacks against government troops loyal to President Bashar al-Assad, according to U.S. arms and defense experts.

Obama is criticized for right result on Syria

How did it happen that, less than a year after Barack Obama convincingly won reelection, his every move as president now draws hoots and catcalls from nearly every point on the political spectrum?

Obama is criticized for right result on Syria

How did it happen that, less than a year after Barack Obama convincingly won reelection, his every move as president now draws hoots and catcalls from nearly every point on the political spectrum?