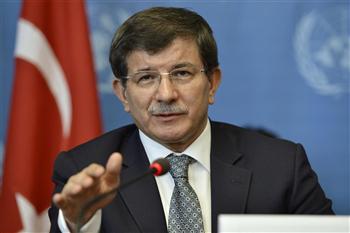 Victory of public opinion in Syria

Most of Americans against intervention: Poll

The American public strongly opposes a US military intervention in Syria, despite a majority believing that al-Assad?s regime gassed its own people, a poll showed

Obama: Russia plan on Syria arms may be ‘breakthrough’

President Barack Obama said a Russian plan to head off threatened US strikes on Syria by securing a deal to destroy the regime’s chemical weapons could be a “significant breakthrough.”

Intervention in Syria will have deadly consequences

The American government must have a short memory: in Fallujah, Iraq, U.S. forces used white phosphorus to flush out insurgents and committed war crimes in Afghanistan, both extensively documented on WikiLeaks. Furthermore, the U.S. has a long history

Assad sees himself “as a sort of philosopher-king, the Pericles of Damascus,” Maura Connelly, then-U.S. charge d’affaires in Damascus, wrote in a June 2009 secret diplomatic cable, released by WikiLeaks. Assad’s gravest challenge came when small …

FMT LETTER: From V Thomas, via e-mail A US-led strike on Syria will be futile as apart from knocking down communications towers and damaging some military installations, it will have minimal impact on the 30-month Civil War in Syria which has killed a 100,000 people and driven about two million refugees to neighbouring countries like Turkey, Jordon, Lebanon and Iraq. A so-called political

U.S. Offers Assad a Compromise, Then Takes It Back

U.S. Secretary of State John Kerry said on Monday that Syrian President Bashar al-Assad could avoid a military strike by immediately handing over all of the country’s chemical weapons. But the State Department later clarified that Kerry was making a “rhetorical argument,” not a genuine offer.

The U.S. Ignores the U.N. Charter Because It?s Broken

Whether or not President Obama executes the planned military attack on Syria, one thing will be clear: The United Nations charter rules regulating the use of military force lie in ruins. Obama, Secretary of State John Kerry, and U.N. Ambassador Samantha Power have all said that the Security Council cannot block American action.

What to do in Syria?

The war in Syria is illegal. If a criminal had poisoned someone, our concern would be how to protect the public from future poisonings and how to arrest the criminal and bring him (or her) before a court of law. And civil society needs to be directly involved in the talks.