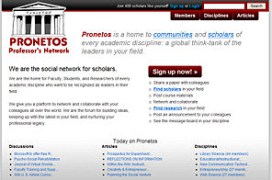 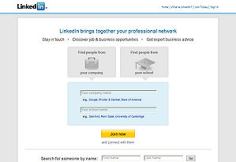 I have recently registered in three social network sites that were discussed in the listserv of the Association of Internet Researchers (AoIR), the three beingPronetos, Academici, and LinkedIn, two of which are primarily for academics. My initial, admittedly superficial reaction was: ?Web 2.0 is a good place to be lonely, if you?re an anthropologist?. In Pronetos, I am the only anthropologist, and in fact I had to create the anthropology discipline so that I could join it?and I reign in that kingdom in glorious solitude, talking to myself (as I am accustomed). In Academici, I cannot find other anthropologists, nor in LinkedIn where I cannot even find other academics, of any discipline, from my home institution (Concordia University, Montreal).

Slavoj ?i?ek Responds to Noam Chomsky: ?I Don?t Know a Guy Who Was So Often Empirically Wrong? 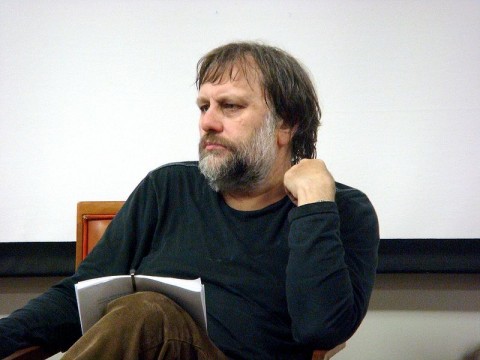 Earlier this month we posted an excerpt from an interview in which linguist Noam Chomsky slams the Slovenian philosopher and cultural critic Slavoj ?i?ek, along with the late French theorists Jacques Lacan and Jacques Derrida, for cloaking trivial ideas in obscure and inflated language to make them seem profound.

On vocabularies of neoliberal economy – The Kilburn Manifesto

At the foundations of contemporary economics, we have neoliberal terms and definitions. In what way has this shaped our thinking, imposed its own logic on economic experience, and in what way can we subvert these terms to help us overcome the crisis we are in?

Joyce Carol Oates is often described as America?s foremost woman of letters. Since 1963 she has published more than 50 novels and a great many short stories, plays, essays, poetry and children?s fiction ? all of consistently high quality. Her productivity was legendary, almost from the start. When her former Syracuse University classmate Robert Phillips interviewed Oates for the Paris Review in 1978, he recounted rumors that circulated among the students that she would finish a novel, turn it over, and begin composing the next one on the other side?only to throw it out when both sides were covered and begin again. Oates didn?t deny the rumor. ?I began writing in high school,? she said, ?consciously training myself by writing novel after novel and always throwing them out when I completed them.? But sheer quantity was never the point, as Oates told Phillips: