The Postage Stamp That Has France in a Frenzy 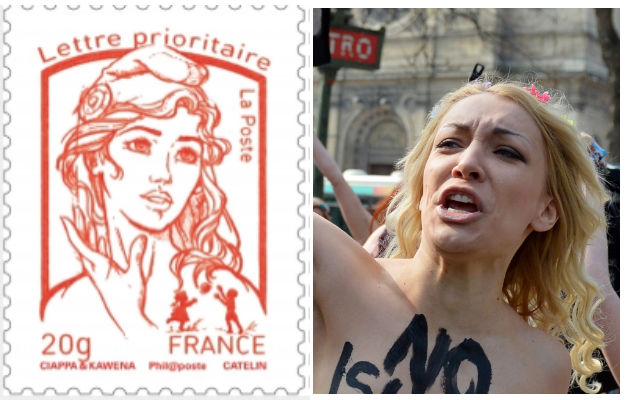 Not everyone in France is thrilled with the new postage stamp featuring a youthful Marianne, one of the symbols of la République Française, that François Hollande unveiledat the Élysée Palace on Bastille Day — as part of a tradition in which each new French president chooses an image of Marianne to appear on stamps.

UK has most high-paid bankers in EU

More British bankers earned more than one million euros each in 2011 than the rest of the European Union put together, according to the European Banking Authority.

Spain’s PM says he will not give in to blackmail, amid calls for his resignation over alleged links to a man at the centre of a payments scandal.

Do not look to Europe to protect our data

US beats Europe in crisis-era securities

US deals in ABS, which typically package together revenue streams from loans for houses, cars or credit cards and sell them on to fixed-income investors, have grown to nearly 10 times the size of European deals

Spanish Prime Minister Mariano Rajoy yesterday (15 July) rejected calls to resign over a financing scandal in his ruling centre-right People’s Party, saying he would not allow the matter to hold back his reform plans.

The political pressure mounted on Rajoy as the former treasurer of the People’s Party gave new testimony before a judge looking into the affair, saying he had made ?90,000 in cash payments to Rajoy and party secretary-general Maria Dolores Cospedal in 2009 and 2010.

A deadline of July 21 has been set to reach an agreement, but a wide gulf separates the two sides and expectations of a successful outcome are low

Why European air space was closed to the Bolivian President

While European leaders have expressed outrage about the US eavesdropping on the communications of its citizens, for them to symbolically challenge the US is one thing; to challenge it substantively is another thing altogether.

In response to growing collusion between the far-right and the police in Athens, a new initiative seeks to map, on a rolling basis, violent attacks on migrants in the city.

Britain is failing Wales, Scotland and the regions. It’s time for change.

Why is London seen as Britain’s priority at the cost of other regions in the UK? On July 1st 2013 the leader of Plaid Cymru, Leane Wood, spoke at an IPPR North Seminar in Manchester on the need for Britain’s politics to change.

Spanish PM refuses to step down in slush fund scandal

Among the EU?s less successful policies, the one governing biofuels looms as a particular case study in unintended consequences.