This is Turkey’s public news agency, AA’s Twitter account. In one hour, it sent 5 Tweets about the anti-CNN protest in New York. In Turkish version, it said masses attended the protest….

Here is the actual photo of the protest. 5 of the same family seem to have attended the event:

via @GurbetName Oh here is another photo where 9 protesters can be seen:)

A pro-government Yellow Press daily Takvim published this pro-CNN photo instead the actual one above.. 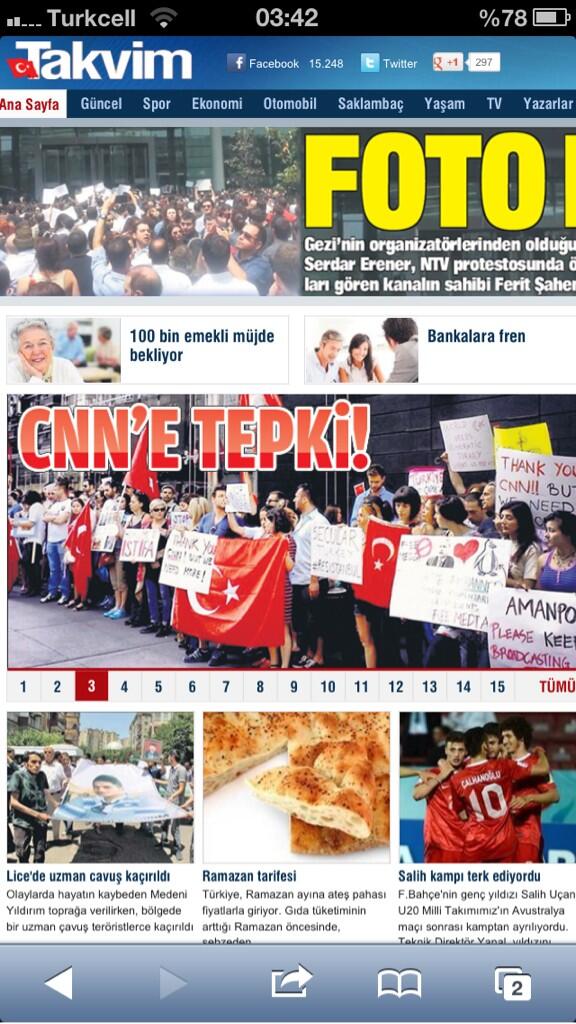 As you can see in the photo, banners are supporting CNN but Takvim seems to be believe that its readers are not intelligent enough…

In the mean time, here is a photo from yesterday’s demonstrations. Police is keen to protect the heart of Square: 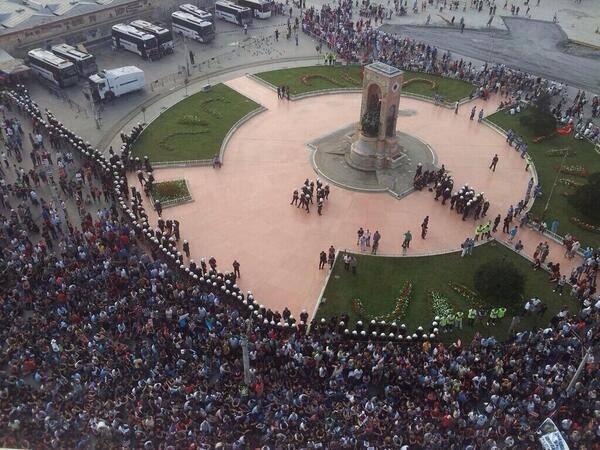 Thousands of protesters marched to Istanbul’s Taksim Square on Saturday chanting slogans against the government and police after security forces killed a Kurdish demonstrator in south-east Turkey. 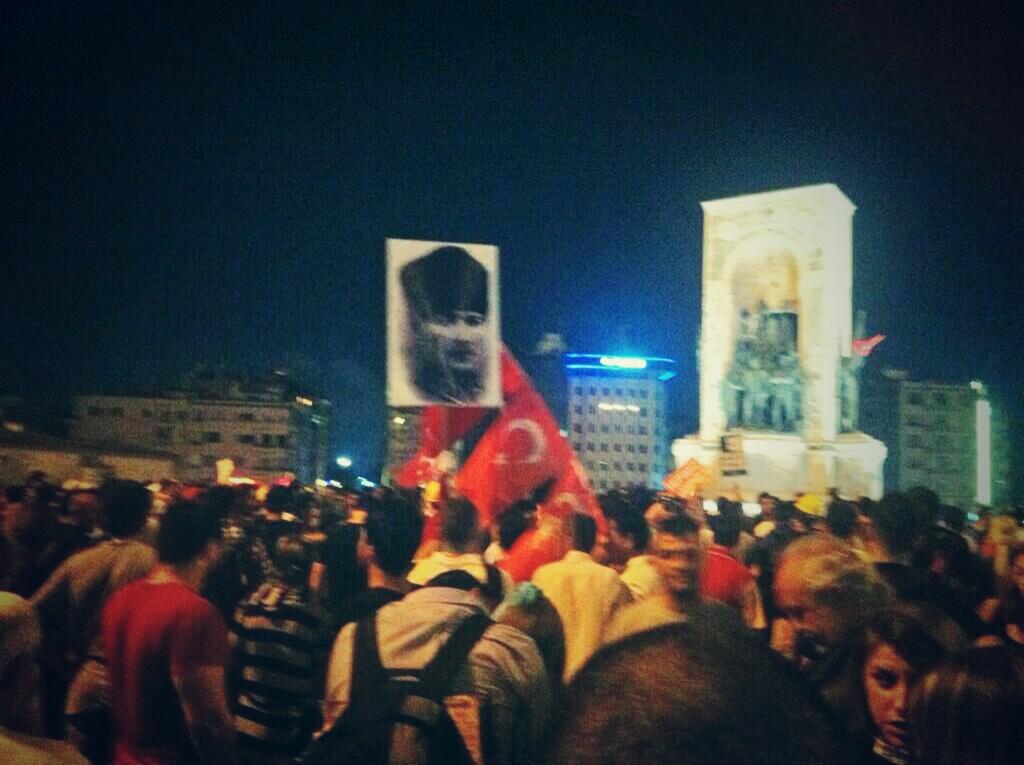 Taksim Square midnight. via Tuğba Tekerek
Police detain protesters as thousands gather at Taksim Square
Thousands of protesters have gathered at the Taksim square to denounce the government’s response to the Gezi Park protests under extreme security measures
Lice clashes victim?s cousin was also victim of unsolved murder
The sister of the Lice victim said her cousin was also killed 19 years ago on the day of her brother’s birthday
Turkey’s Erdogan: His own worst enemy?
Turkish Prime Minister Recep Tayyip Erdogan addresses members of parliament from his ruling Justice and Development Party (AKP) during a meeting at the Turkish parliament in Ankara on June 25, 2013. Erdogan yesterday praised the police “heroism” in handling several weeks of unrest that threw up the biggest challenge yet to his government after more than a decade in power.
In Brazil, Turkey, and Chile, Protests Follow Economic Success
The anti-government uprisings in Brazil, Turkey, and other emerging economies illustrate the high price of progress

Soon after PM Erdogan`s comment on Twitter, detentions started for users who shared comments critical of the government or the police

Gezi protests started as a small, localised environmental protest against the destruction of one of the few remaining green spaces in central Istanbul. Though what made thousands join the protests has been the sheer police violence against the peaceful protesters in Gezi Park – just another sign of the government`s attitude of ?anything goes, once you are elected democratically?.