Ten days ago, we wrote a blog asking, “Will the closure of the public broadcaster set the scene for a coalition showdown in Greece?” Yes, it has. And it’s looking nastier by the day

Angela Merkel Discovers the Internet — and Inspires a Meme 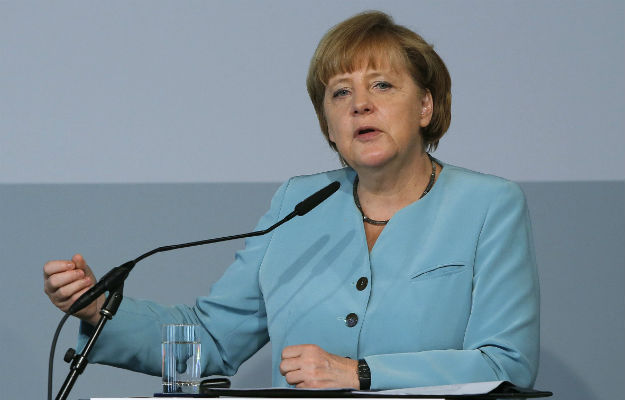 Barack Obama’s visit to Berlin may have sparked a wave of commentary and analysis, but it was an offhand remark from German Chancellor Angela Merkel that gave birth to a meme. Responding to questions about the National Security Agency’s PRISM program during a joint press conference with the U.S. president, Merkel noted that the “Internet is new territory, uncharted territory to all of us.”[[BREAK]]

Google faces a fine of several million euros if it does not address within three months EU data protection regulators? privacy concerns 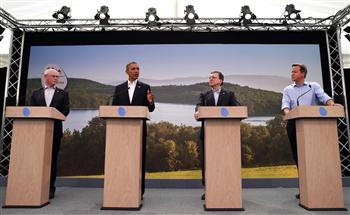 The United states and the European Union leaders who are part of Group of Eight.

At their summit in Northern Ireland the G8 states have agreed on developing a common set of rules for combating tax dodging and advancing the free-trade agreement between the EU and the US. On the question of Syria too, the states came closer to each other and are now calling for a transitional government. Some commentators see the results as a success. Others say that without China the G8 won’t be able to achieve anything.

Germany versus the Euro

The German Constitutional Court‘s recent hearing to consider the legality of the ECB‘s outright monetary transactions program was peculiar, for the scheme is the most successful monetary-policy measure of recent decades ? not just in Europe, but anywhere. Why do so many Germans want to kill what has saved the common currency?

EU edges towards compromise on bank recovery and resolution plans

Tomorrow and Friday will see the next round of meetings between eurozone and EU finance ministers respectively.

The meetings will focus on a number of issues, but the key ones will arguably be the Bank Recovery and Resolution Directive (BRRD) and the plans for a single eurozone resolution mechanism.

Bulgaria’s parliament dismissed a powerful media figure from his post as head of national security hoping the move will put an end to protest rallies.

The appointment of a controversial deputy from Bulgaria’s ethnic Turkish political party as the head of the country’s National Security Agency has set in motion a huge wave of protests throughout the country. Against the only two-week-old government. 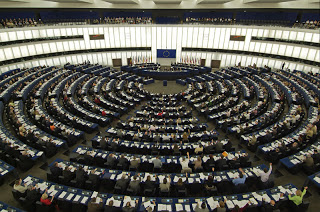 After the umpteenth round of talks on the next long-term EU budget between negotiators from the Irish Presidency, the European Parliament and the European Commission, Ireland’s Deputy Prime Minister Eamon Gilmore announced yesterday,

The incoherence of British Euroscepticism

There are three main arguments for how Britain would cope with a role outside the EU – it is hard to say which is the most misguided.

People in Bosnia-Herzegovina are crossing the country’s deep ethnic divides by the thousands to protest against the government’s failure to remedy a lapse in the law that is preventing newborns from being given an identity number and, by extension, travel papers and healthcare.

In mid-May the European Commission has made one more step towards the EU Strategy for the Danube Region (EUSDR) implementation. In order to bring contribution to the economic development of the region, six scientific clusters have been initiated, focusing on: the Danube water nexus; land and soil nexus; air nexus; bio-energy nexus; the Danube reference data and service infrastructure (DRDSI); and the support to research and innovation strategies for smart specialisation in the Danube region.

As we reported last week in our press summary and which the FT is today reporting on(and presenting as a bit of a scoop), Cypriot President Nicos Anastasiades has sent ascathing letter to the EU/IMF/ECB Troika slamming the terms of the Cypriot bail-out/bail-in package and calling for it to potentially be re-examined.

All quiet on the Italian front?

After the seemingly unending crisis that followed this February’s elections, Italian politics seem to have finally found some stability. And yet, recent events may be the sign of greater trouble to come.

Democracy on ice: a post-mortem of the Icelandic constitution

In spite of clear popular support, Iceland’s new crowd-sourced constitution was recently killed by politicians. An ex-member of the constitutional council sheds some light on what happened – and why there might still be some hope for this unique experiment.

“Europe In Depression: Even Worse On The Periphery” by David Lizoain

Paul Krugman recently shared a graphic from Eurostat that shows just how bad the employment situation is in Europe on the whole.