I am interviewed here in Voice of Russia (English), Rusyanın Sesi (Turkish) This is how barricades are made:

A u-turn in Turkish politics? Gezi Park in perspective

The simmering dissent and dissatisfaction unleashed at Gezi Park may not be enough to topple AKP‘s majority, but it threatens their political agenda as well as Turkey‘s democratic consolidation.

Why Turkey is Rebelling

Turkey?s economy has been booming for a decade, earning praise not only from financial markets, but also from development economists like Jeffrey Sachs. Why, then, have peaceful demonstrations turned into a nationwide protest movement, with hundreds of thousands of people taking to the streets?

Should Cameron, Obama, Hollande and Merkel remain tight-lipped about the disorder spreading across Turkey, we must conclude it is because they regard the measure of police force as an expedient that they themselves could ultimately resort to.

Make no mistake, revolutionary struggle in Turkey is up and running!? A reply to Juan Cole

Turkey will not tolerate, let alone a Saudi-type sharia law, but even a much more ?palatable mildly Islamist neoliberal conservatism, which is, incidentally, a? direct descendant of the American religious right rather than any Islamic political ideology.

The protests the Turkish press isn’t talking about

What’s happening in Turkey? If you’re actually in the country, that may be hard to tell, since many Turkish news outlets have stayed relatively quiet on the spread of protests and clashes with police across the country. While scenes from Istanbul have been splashed across the front page of U.S. newspapers, the news has been relegated to later pages in Turkish dailies. Photos posted on social media (like the one above) have shown side-by-side comparisons of CNN International and CNN Turk, the news network’s Turkish affiliate. While the global broadcast showed a live feed of protests, the Turkish channel offered up a cooking show and a documentary, Spy in the Huddle, about penguins.

The Turkish revolution will be Vined 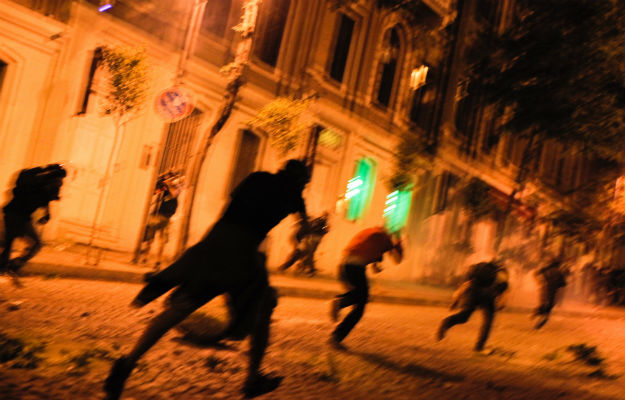 What began as a protest in Istanbul over a government plan to develop the city’s last central green space has mushroomed into nationwide protests marked by violent clashes between protesters and police, who have used tear gas and water cannons to disperse demonstrators. The unrest has continued into Monday and shows no signs of abating.

Mobile internet users in Turkey are routing around suspected censorship by its government by downloading software that encrypts and hides their connections to the outside world, as the unrest in the country grows.

Protests, Rights and Democracy in Turkey 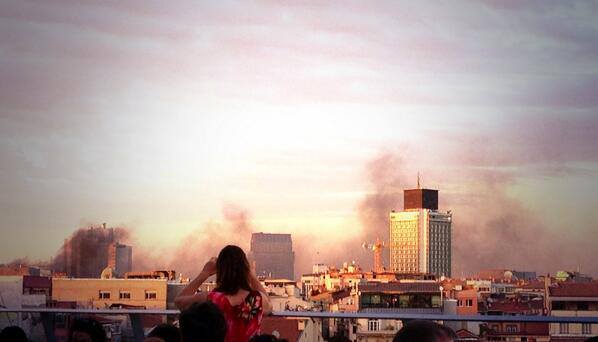 Like millions inside and outside of Turkey, I spent the last four days and nights glued to my phone switching between my Facebook and Twitter accounts. Whilst local news channels showed a beauty contest, a couple of cooking shows and perhaps ironically a bunch of penguins, hundreds and thousands of people took to streets all over the country.

Rene from the German site Nerdcore sez, “A friend of mine who is staying in Istanbul right now contacted me this morning and I had the opportunity to interview a girl who is occupying Gezi Park in Turkey right now. The situation calmed down, but she told me that actually the whole city of Istanbul is up on their feet roaming the streets.”

Networked Politics from Tahrir to Taksim: Is there a Social Media-fueled Protest Style? 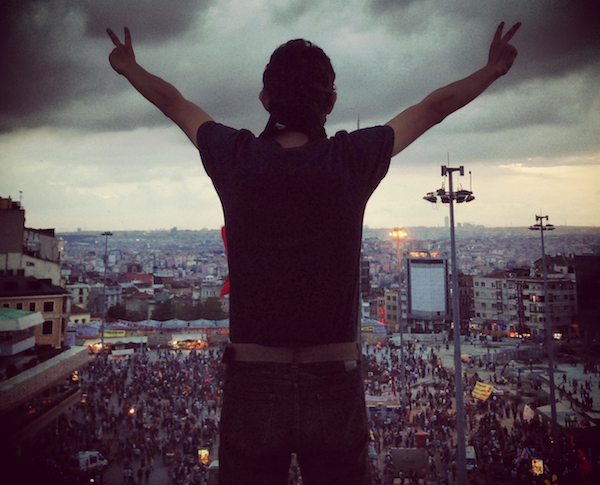 Not that easy to interpret #OccupyGezi in Turkey 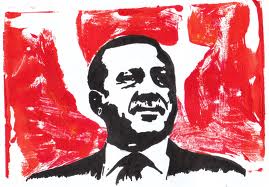 After the harsh shift in the peaceful manifestations in Taksim Square against the construction of a commercial mall and the bloody outcome, both sides have lost control in every possible respect. International media rushed to depict the image of a suppresive and under-developed ?democracy? in Turkey with a political regime that infringes human rights and the right to manifest. Social media took the tally and all the world has been witnessing the outrage of Turkish people and the condemned reaction of the police and the government. I regret to say but it is not that easy to interpret what is really going in Turkey. It is a much more complicated  situation and it is at least irresponsible to rush out and use pompous words and news headlines to describe the so-called ?dictatorship? of Erdogan?s regime.

After the mass protests in Istanbul and other cities on the weekend, the Turkish Prime Minister Recep Tayyip Erdoğan appealed for calm on Monday, calling the protests the work of “extremists”. According to commentators this misjudgement only justifies the popular demands for a modern democracy

The EU and the Turks: tough times ahead

Brutal assaults by the Turkish police on protesters in Istanbul and around the country during the last few days have invited a few expressions of ?concern? from EU capitals. Unfortunately, the EU?s ?concern? about the Turks? human rights is not substantiated by corresponding policy.

Gezi: the park that shook up Turkey

What unites the most heterogeneous opposition bloc Turkey has seen in the last two decades is a common protest against a government which interprets majoritarian democracy as ‘the tyranny of the majority’ and ignores criticism from opposition groups, says Gulay Turkmen-Dervisoglu 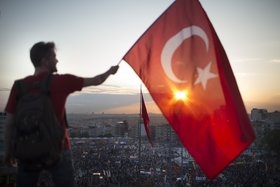 More unions to join in general strike amid Turkey unrest

The Confederation of Progressive Trade Unions (DİSK) is set to join an ongoing public sector.

Gezi Protest is a Cry and a Demand For a Right to the City in Turkey? by Dr. Gülçin Erdi Lelandais

As you may know, for more than a decade, many renewal projects have been realized in Istanbul and several of them have been conceived in a non democratic way with top-down decisions resulting on forced displacement of many inhabitants. There are several organizations which struggled against these projects and called for mobilization against the destruction of trees in Gezi Park on 27thMay. However, the violent police treatment of these peaceful protester

In a volatile political atmosphere confrontational police tactics ramp up aggression. As a football fan, I’ve seen them firsthand 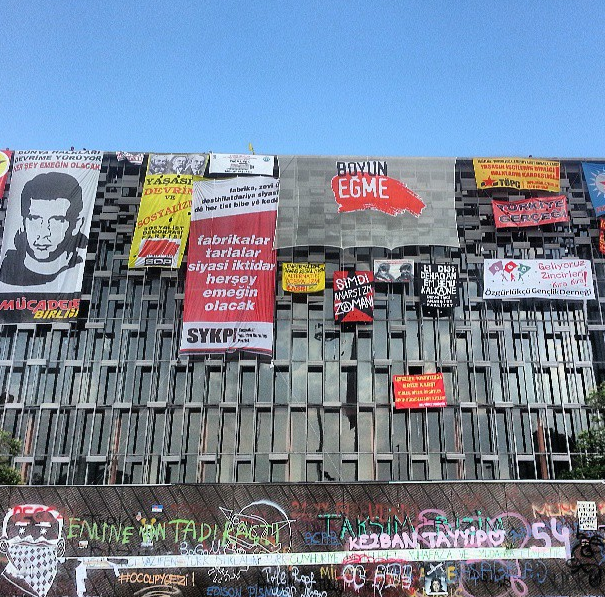 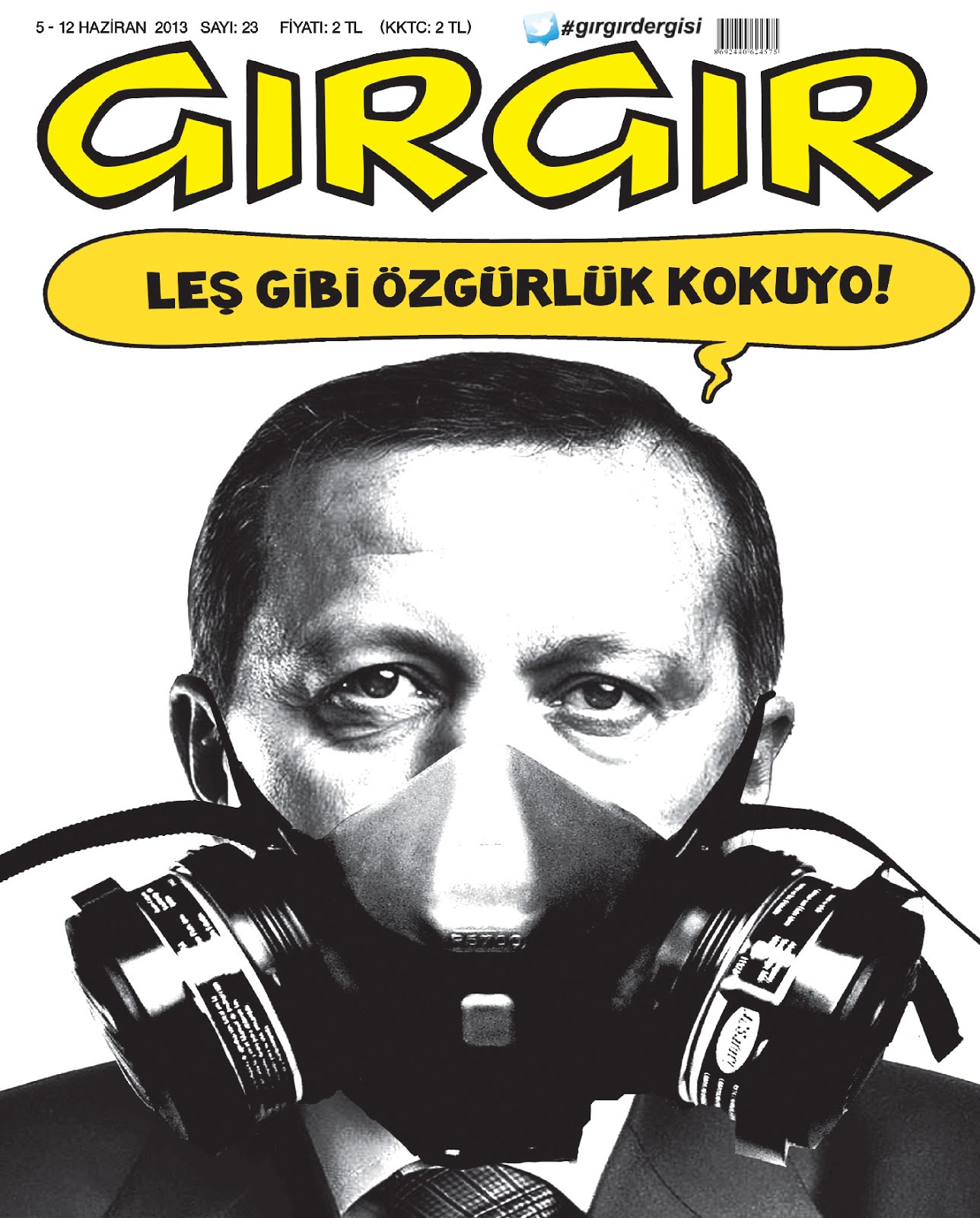 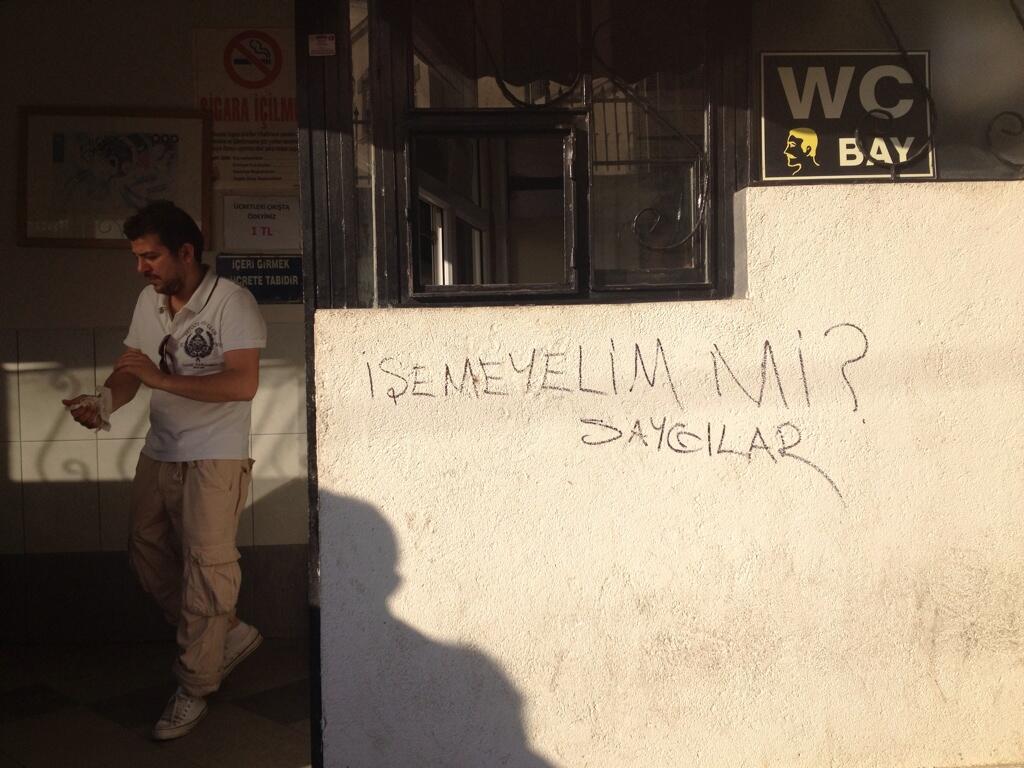 1 thought on “Look who is resisting in #OccupyTurkey – Another roundup”