The New Sick Man of Europe: the European Union

Source: Pew Research Center From Overview: The European Union is the new sick man of Europe. The effort over the past half century to create a more united Europe is now the principal casualty of the euro crisis. The European project now stands in disrepute across much of Europe. Support for

The French media called it François Hollande’s “grand oral exam”. The French President has just held a big press conference at the Elysée palace marking his first year in office. And he said a couple of very interesting things about his vision for the eurozone and Europe.

The embattled French president has pledged ?more growth and less austerity? in Europe, plus measures to fight youth unemployment and boost investment

Britain is hurtling to the exit from Europe

The prime minister?s strategy to deal with pressure for a departure is being torn to shreds by sceptics who have learnt from past mistakes

EU Privacy and the Cloud: Consent and Jurisdiction Under the Proposed Regulation

Cloud computing allows dramatic flexibility in information processing?and on a global basis. Its technology permits data transmissions that span the globe. Computing activities now shift from country-to-country depending on load capacity, time of day, and a variety of other factors. These decisions are sometimes made in real time and by machines rather than humans.

Eurofoundations, Europarties and the public

Earlier this week I tried to find signs that the Europarties, which met during the weekend, communicated openly with the public about their preparations for the elections to the European Parliament in May 2014. Now you can read Eurofoundations, Europarties and the public.

Introducing his revised NHS bill, Lord Owen calls today for transparency from Prime Minister David Cameron over the secret mandate for the EU-US Trade Negotiations which he hopes to boost at the G8 Summit in five weeks time in Northern Ireland.

According to a current survey by the US Pew Research Center, the euro crisis has deeply shaken the belief of European citizens in further EU integration. Above all the French, Greeks and Italians see little advantage in the economic union. Commentators view the survey as a clear sign that many people have been alienated by the sick man of Europe, who has been further weakened by the tough austerity policy.

Before descending further into hysteria about Europe, we’d do well to look to Germany. They tend to get their priorities rightEvery German politician I have spoken to this week watches the chaos in David Cameron’s government over Europe with somethin

Few criticisms of the state of the European Union are more pervasive than the democratic deficit of the European institutions. If so many voters feel there?s a deficit, politicians will have to work hard to improve things or be cast aside, writes Reinhard Bütikofer.

Now the Conservatives have published their EU Referendum Bill there only remains the small question of how it could become law.

EU Privacy and the Cloud: Consent and Jurisdiction Under the Proposed Regulation

Cloud computing allows dramatic flexibility in information processing?and on a global basis. Its technology permits data transmissions that span the globe. Computing activities now shift from country-to-country depending on load capacity, time of day, and a variety of other factors. These decisions are sometimes made in real time and by machines rather than humans.

What can young people do for Europe?

In response to Wat kan Europa voor de jongeren doen? (translation: What can Europe do for young people?) by Bart Staes (Belgian MEP for Greens/EFA), published in Knack on May 9, 2013.

?Ask not what your country can do for you ? ask what you can do for your country.? This sentence from the inaugural speech of John F. Kennedy has been used so often and in so many situations, and yet it can hardly be called a cliché. Also in this context it still remains true and powerful: European young people are not yet lost.

Another week, another car-crash of public policy. After last night?s vote on the amendment to the Queen?s speech ? with more than half of all Tory backbenchers voting in favour of the motion ? it is hard to see how today?s ballot for private member?s bills won?t result in thedraft bill on a referendum (or some similar measure) being selected by one or more of the lucky winners. In the meantime, David Cameron flies to the US to push (in part) on a EU-US Free Trade agreement and talks of how ?relaxed? he is about it all.

Scotland and the EU: a tale of two referenda

Scotland’s place in the Union, Britain’s place in the EU. Two referenda are on the horizon, but the debates around each are strangely divorced from each other.

The Guardian tries to explain Americans and Brits to one another

The good folks over at the Guardian embarked on an ambitious project this week: trying to explain Brits and Americans to one another. That project — dubbed English to English — comes in the form of a Tumblr that provides translations of Britishisms and Americanisms. And the results are pretty promising so far. 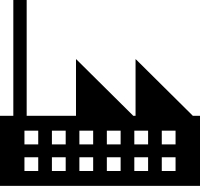 Careful reading of the 2013 French White Paper on Defence reveals that France is gradually altering its stance on the European Union?s Common Security and Defence Policy. In 2008 France was ?ambitious? for the policy but in 2013 nearly every mention of the policy is followed by the word ?pragmatism?; the French love affair with L?Europe de la défense is on the wane. For now, a more idealistic vision for the policy has been surpassed by events such as the American pivot. Asia?s rise is calling American power into question, and European allies have annoyed France over Libya and Mali. Such events actually make the Common Security and Defence Policy less desirable or necessary in French eyes.