On May 15 the EU will organise a donors? conference on Mali. It should address the underlying causes of terrorism and instability, making investment in youth a priority

In the last three years I have visited Warsaw regularly. It is interesting to follow the evolution of this country and its connection to the mechanism of the European Union. In Poland, the leaders of the institutions, corporations, unions, media, NGOs and think-tanks are concerned and discuss topics such as the euro in 2016, the

EU elite celebrated again Europe Day when they had succeed to maintain the fasade their to the score rotten creation with taxpayer money squeezed from the common people. The Day went again so that I noticed it only next day from newsreel. It might be not so exceptional as the institutions ? the commission, the parliament and the council ? and its 27 member states use the day for celebrating mainly themselves. For the rest of Europe as well for people outside elite there was not any reason to celebrate.

Does Portugal Have Its Own ?Shortage Of Japanese? Problem?

In a number of posts recently I have highlighted the impact of declining workforces on economic growth (here, for example, or here, or here) and the way the policies persued to address the Euro debt crisis are having the impact of  accelerating the movement of young people away from the periphery and towards the core (here, or here) thus accelerating the decline in their working populations and exacerbating their growth problem. This issue has been already highlighted strongly in Japan?s ongoing crisis, and has to some extent come to be known as the ?shortage of Japanese? problem following Paul Krugman?s memorable use of this expression to explain why Japan?s economic performance seemed so poor to so many.

A brief list of misused English terminology in EU publications [PDF] is a fascinating look at the emerging dialect of English that is emerging out of the EU bureaucracy, in which odd bureaucratic language has to be translated from and to many languages. It’s a good window into concepts that are common in one nation’s bureaucratic tradition, but not others’:

Scottish Independence, Europe and the Crisis of the British State

The Scottish nationalists want to win next years independence vote by saying things will not change while those opposing them paint ‘separation’ as a disaster yet call for the UK to leave the EU in order to… stay the same. What are we to make of it?

National consensus ? these words are missing from Bulgaria?s political vocabulary.  In the midst of bitter political contentions, Bulgaria?s political scene is once again marred by open confrontations, and the bad-blood of back stabbing.  Today, Saturday 11th of May, is the day before the early Bulgarian elections.  In theory, this day should allow quiet time for voters, in which they could consider their political options.  Yet, there is no ?calm before the storm,? as the public anger has just been roused by the newly discovered 350,000 empty electoral bulletins [1].  This staggering quantity amounts to 10% of the expected vote.  Still, this is the day in which to reflect on the predictions of analysts, pollsters, and politologists about the up-coming political fortunes of the Bulgarian polis.

An Italian court upheld a tax fraud conviction for former PM Silvio Berlusconi, confirming his sentence of one year in prison and a five-year ban from public office 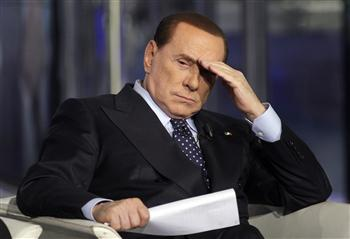 The Spanish Constitutional Court just suspended Catalonia’s Declaration of Sovereignty, which the regional parliament of Catalonia approved by majority on 23 January, 2013. Amidrising tensions between Spain and Catalonia, the decision has generated strong reactions on offline and online media.

Sweden and the European Transition

Conferences as a general rule are meant as networking events ? rarely do you attend one that provides new insights into reality. Over the last three weeks I have traveled and attended conferences in Slovakia, Switzerland and Romania. Considering that the three events I attended focused much on international security and defense policy, I was surprised to observe the persistence of two general themes: the pessimistic view on the future of the European Union and the questions marks flying up in the air whenever talking about NATO.

UKIP on the march: what role for the pro-migration lobby in Britain?

The success of the UK Independence Party in local elections indicates a lack of trust in mainstream politicians on migration. This leaves the pro-migration lobby with a bigger role than ever, and some challenging questions about how to impact on public opinion, says Zoe Tyndall.

Commission should move to structural reform of the ETS

The EU regularly describes the ETS as the centrepiece of its climate policy. This centrepiece is currently a failure. Climate change is already killing hundreds of thousands of people each year, and costing the global economy hundreds of billions of dollars. Yet European efforts to strengthen the ETS are moving at a snail?s pace.

As you are all doubtless aware, today is Europe day, the 63rd anniversary of Robert Schuman?s declaration on the creation of a coal and steel community that was to become the precursor to the current European Union. Everyone knows that, right?

Happy Europe Day! Although clearly the numbers of people happy with Europe havedropped sharply recently, so it’s not likely that you will see many events celebrating it.

European Bank for Reconstruction and Development downgrades its 2013 growth forecasts in the countries it lends to, highlighting problems with Russia, Poland and Turkey

The damage being inflicted on some emerging economies by the continuing eurozone crisis was highlighted on Friday by new figures from the European Bank for Reconstruction and Development.

The merchants of Europe

The presidents and prime ministers of Balkan countries have convinced Europe that they represent the only guarantee that the Balkans will not descend back into war. It is through this kind of counterfeit politics that Croatia has arrived at the threshold of the European Union.

The debate about austerity and the cost of high public-debt levels misses a key point: public debt owed to foreigners is different from debt owed to residents. And that distinction is particularly important in the context of the euro crisis, which the evidence confirms is not really about sovereign debt, but about foreign debt.

The roots of Italian economic decline

Reforms implemented without logic or consistency have cost Italy the economic dynamism it achieved in the 1980s. A hybrid and infertile capitalism is the outcome, writes Marco Simoni, leaving Italy with the highest number of young people in Europe who are neither studying nor employed.

Italy, sailing between Scylla and Charybdis 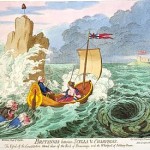 The Italian Government is threading dangerously towards evaporation or, mutatis mutandis, citizens are likely to hit the wall and lose their ?wallet?.

A new study indicates all Europeans ? from Ireland to Turkey ? have shared ancestors who were alive just 1,000 years ago. Will a reminder of their common origins help them get on better than they sometimes have in the past?