The magnitude of the disastrous Bush presidency told in 24 charts

In 24 charts, the Washington Post reveals how George W. Bush‘s presidency screwed up the country and the rest of the world for many years to come. Health, employment, the GDP, public services, the Middle East, and almost every other measurable condition of civilization’s health and welfare were severely damaged by Bush’s policies, all of which were enacted to make rich people richer. In achieving that goal, Bush’s presidency was a resounding success.

In the Washington Post, an extensive report by Dana Priest on the changing role of the U.S. in Mexico?s intelligence war on drug cartels. The article includes extensive details on how closely intertwined the CIA and other US agencies have become with Mexican law enforcement entities:

Government always claims they are protecting the downtrodden by monitoring the powerful, though nowadays through standards often written by the lobbyists of the powerful, which has a remarkable resemblance to catering to their almost every whim.

This time around we have not seen the same wave of violent attacks on Muslims that gripped the US in the wake of 9/11. Nevertheless we should be vigilant.

The motivation of the Boston Bombers

The ethnic background of the Tsarnaev family must provide some clues to mass murder.

What legal rights should Boston bombing suspect Dzhokhar Tsarnaev have?

How technology factored into the Boston bombing investigation

If you read one article on the role science and technology played in the Boston Marathon bombing investigation, make it this one in today’s edition of The Washington Post:

Your guide to the Tsarnaev family

If they are responsible for last Monday?s bombings, the Tsarnaev brothers are mass murderers. Whether they are terrorists is less clear.

One dead, one captured. This sums up the fate of the Boston Marathon bombers. But an important question remains: were the Tsarnaev brothers terrorists? If we use the traditional definition of terrorism as an act of political violence directed against civilian targets, the answer is far from straightforward. By itself, the killing of civilians does not necessarily distinguish the Marathon bombings from recent mass killings in America?s school campuses, movie theaters, or strip malls. To classify these events as terrorism, we must ask what political ends they thought could be served by killing civilians in the United States.

from Mashable! by Nextgov 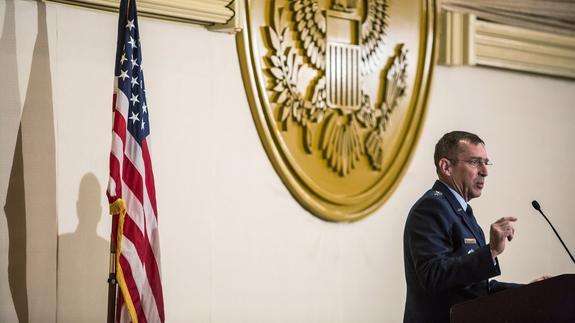 The Pentagon has for the first time detailed $30 million in spending on Air Force cyberattack operations and significant new Army funding and staff needs for exploiting opponent computers.

Expectations Run High With Immigration Reform in the United States

Blazing temperatures didn’t deter protesters, activists and community leaders from taking to the streets of Washington DC earlier this month in a show of support for immigration reform that would legalize some 11 million undocumented immigrants currently in the United States. Their cause seems to have been heard by a bipartisan group of senators who proposed a new immigration bill this week.

Conspiracy theories flourish in times of confusion and uncertainty. Claims that the April 15 Boston Marathon bombings were part of some sort of US government-led false flag operation were circulating on the English-speaking internet before the dust had literally settled, particularly on conspiracy forums and social media groups like the Citizens Action Network.

The Odd Collection of Books in the Guantanamo Prison Library

RuNet: What Does Boston Mean for Chechen Cause?

In the days since the arrest of Dzhokhar Tsarnaev, ethnic Chechen and ?Suspect #2? in the Boston Marathon bombings, there has been surprisingly little cogent analysis of the situation from Chechen bloggers active on the RuNet. Of course, some have commented on the matter, but mostly to link to viral conspiracy theories (some of these were alluded to in RuNet Echo’s original article [GV]; a more in-depth look is to follow).