ALA Announces Top Ten Most Challenged Books for 2012 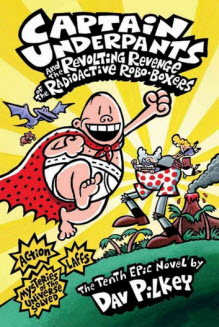 The American Library Association’s Office for Intellectual Freedom has released a list of the most banned books in 2012. Scholastic’s Captain Underpants series topped the list. The Office for Intellectual Freedom (OIF) says a total of 464 challenges were reported in 2012. This is 138 more challenged books than in 2011. A challenged isdescribed as an attempt to remove material from the curriculum or library.

The Digital Public Library of America Launches Today, Opening Up Knowledge for All

from Open Culture by Kate Rix

A group of top American libraries and academic institutions launched a new centralized research resource today,the Digital Public Library of America (DPLA), making millions of resources (books, images, audiovisual resources, etc.) available in digital format. First hatched as an idea at Harvard?s Berkman Center for Internet & Society, the DPLA is now realizing its vision of being ?an open, distributed network of comprehensive online resources that draws on the nation?s living heritage from libraries, universities, archives, and museums in order to educate, inform, and empower everyone in the current and future generations.?

Swarms need hives: Paolo Gerbaudo on the 2011 wave of protests

from RAND: Latest Publications from RAND

This update of RAND Europe‘s report on Alternatives to Peer Review in Research Project Funding includes a new framework and new examples, to help research funders develop the most appropriate approach for funding their research.

My colleagues at the United Nations Office for the Coordination of Humanitarian Affairs (OCHA) have just published a groundbreaking must-read study on Humanitarianism in the Network Age; an important and forward-thinking policy document on humanitarian technology and innovation. The report ?imagines how a world of increasingly informed, connected and self-reliant communities will affect the delivery of humanitarian aid. Its conclusions suggest a fundamental shift in power from capital and headquarters to the people [that] aid agencies aim to assist.? The latter is an unsettling prospect for many. To be sure, Humanitarianism in the Network Age calls for ?more diverse and bottom-up forms of decision-making?something that most Governments and humanitarian organizations were not designed for. Systems constructed to move information up and down hierarchies are facing a new reality where information can be generated by any-one, shared with anyone and acted by anyone.?

Ray Bradbury’s Books to be Released in Ebook Form

William Morrow announced that sixteen of Ray Bradbury’s classic titles will be released in ebook form. The publisher will release more titles over the next several months. Alexandra Bradbury, one of Bradbury’s four daughters, had this to say in a a statement: “The entire Bradbury family is excited to know that Dad’s work will finally be available to all readers: traditional print readers and the new generation of digital readers. We’re especially pleased that digital editions of Bradbury books will be available through libraries as well as e-retailers, as Ray Bradbury was an ardent supporter of our great public library system.”

Anthropology Has a Rape Problem

Within the sciences, anthropology is fairly unique in its reliance on distant fieldwork. Going to some remote, isolated site in a remote, isolated country to do research/dig stuff up is normal at some point in the careers of many if not most

The shortlist for the 2013 Arthur C. Clarke Award has been announced. Here is the list: