The Irresistible Attraction of the Turkish Yokel

Turkish yokels probably have some kind of personal magnetism, as global superstars seem to keep copying them.

Firstly, it was reported that Borat could be a plagiarized character, derived from the real-life Mahir Cagri.

Minorities seen as threat by students

According to a survey conducted by Turkey?s Education and Science Employees Union..

In the late 1990s, Turkey banned women from wearing head scarves in public institutions. This edict, unfortunately, had the effect of denying some women the ability to pursue higher education ? and thus from sharing in and contributing to Turkey’s economic development.

Turkey Wired: By the Numbers

A recent article in Variety gave some information about the TV and film industry in Turkey and about social media usage. Here?s the article. Here?s the info briefly (with my comments):

Local movies took 47% of market share last year, despite only 70 local movies produced. (Fetih 1453 ? see my review here ? made $31 million.) Average movie ticket price is five bucks. But movie attendance is low (0.6 visits per person per year; 2.7 in the UK) 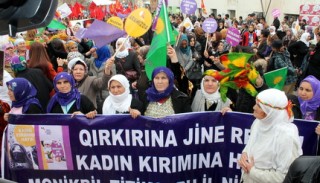 In a bid to fight suicide cases, the army has started a program to strengthen the psychological arsenal..