1988 | Margaret Thatcher Speech at dinner given by Turkish Prime Minister 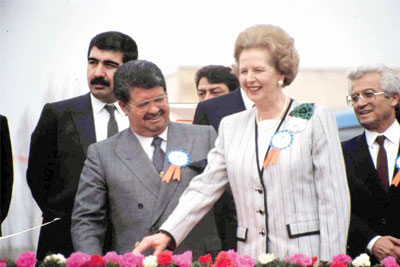 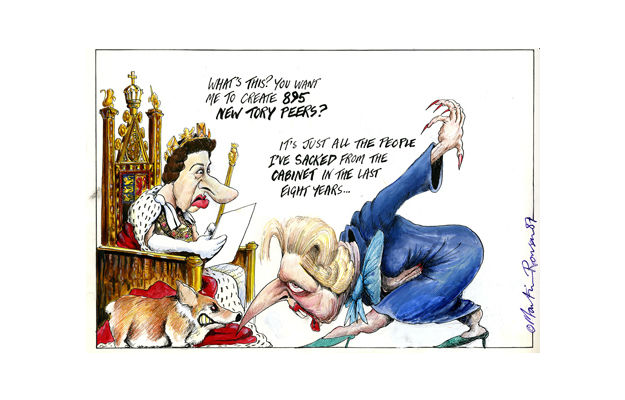 Thatcher did not seek to win over ‘hearts and minds’. Rather she attacked the social bases of collective thought and action, making building any alternative unimaginable. Throughout the long span of her life, she was a blue class warrior, through and through.

Thatcher: what the world should know

A video interview with Anthony Barnett for Al Jazeera. The cult of the leader, North Sea Oil, the sale of weapons to Saddam Hussein and more.

from FT.com – World, Europe
The troubled relationship with the EU wrote the Iron Lady?s political obituary ? and the fact that power had turned her head, writes Philip Stephens

from Sysomos Blog by Sheldon Levine

Baroness Margaret Thatcher, the woman that changed British politics, sadly died yesterday. Thatcher was the Prime Minister of the United Kingdom from 1979 to 1990 and was well known for her tough attitude, which earned her the nickname ?The Iron Lady.? While Thatcher was well known around the world during her time in office, she came back in to the spotlight a few years ago when Meryl Streep portrayed her in the critically acclaimed movie Iron Lady.

Thatcher did not save Britain from economic decline. In many respects her economic performance was poor, even with the irresponsible fire-sale of British assets. It is time her legacy reflected this.

How should we reflect on the legacies of Margaret Thatcher? A snapshot of some of the reactions across Southeast Asia provide a rather solemn albeit positive reflection on the late British prime minister.

?Divisive? ? the charge that dogs her like no other ? is the most feeble, mealy-mouthed word in politics, writes Janan Ganesh

Thatcher, Churchillism and the three words no one mentions

Anthony Barnett reflects on Margaret Thatcher’s achievements, character and the one thing pivotal to her success but frequently ignored – oil.

British Prime Minister David Cameron was due to tour Spain, France and Germany in an attempt to win support for his policy of reworking the European Union to hand powers back to national governments…

from Project Syndicate by Harold James

Margaret Thatcher’s career showed that making the case for fiscal discipline and market economics is not a guarantee of political success. In the European context, it is not only difficult domestically, but also inevitably leads to hard choices about the future of the integration process.

Beyond the simplifications, what is Margaret Thatcher’s European legacy?

Margaret Thatcher is often labelled a ‘eurosceptic’ – a modern day British Boadicea ready to do battle against all things European. But she was also today called a ?a committed European? by none less than the arch-europhile President of the European Parliament, Martin Schultz. Another EU President (Jose Manuel Barroso) added with some circumspect that she was an ?engaged player in the European Union?, ?remembered for both her contributions to and her reserves about our common project.? Confused? Here she is in her own words:

The former PM?s death is a reminder that leadership can still shape events and can often interrupt the tide of history, writes Philip Stephens

Margaret Thatcher and the EU: Neither a saint nor a sinner

from Ideas on Europe by PoliticsatSurrey

In one of those odd coincidences, I have been thinking about Margaret Thatcher recently.  I got an email a couple of weeks ago, about a chapter on her that I had written for an edited collection three years ago: The editors have just got around to final proofs for publication later this year, so I was asked to review my piece. With the news ofThatcher?s death yesterday, I find myself posting some opening comments from that chapter here, since it seems an apposite time.

What Thatcher did for Wales

Which politician did most to secure devolution for Wales? Margaret Thatcher. The miners? strike was the beginning of an era that proved time and again Welsh difference from Britain and alienation from the English.

Former British prime minister Margaret Thatcher died after a stroke on Monday at the age of 87. Some commentators pay tribute to the conservative politician for her unshakeable convictions and her contribution to the fall of the Iron Curtain. Others say her neo-liberal ideals have failed but warn that eurosceptics like Thatcher could prevail in the end.

Baroness Thatcher: Life at No 10

Thatcher was not the answer but a new direction was needed

Before advocating a return to a pre-Thatcher era of socialism and solidarity, remember the suffocating Labour years preceding her ascension. This House, playing at The National, takes us back to the last hurrah of a failing post-war consensus.

Britain debates: Is it OK to celebrate the death of Margaret Thatcher?

When I met Margaret Thatcher, she was out of office, watching with more than a touch of amusement as her successor, John Major, meandered from crisis to disappointment to sticky wicket. Major seemed in thrall to events, not in command of them. Thatcher, who had been ousted by her own Conservative Party, was feeling vindicated.

The Iron Lady as Liberator

from Project Syndicate by Yuliya Tymoshenko
For many who grew up in the Soviet Union and Eastern Europe, Margaret Thatcher will always be a heroine. Not only did she espouse the cause of freedom, but, by embracing Mikhail Gorbachev at a time when almost every democratic leader was deeply suspicious of his intentions, she became a vital catalyst in realizing it.

from washingtonpost.com – Op-Ed Columns by George F. Will

She had the eyes of Caligula and the lips of Marilyn Monroe. So said Francois Mitterrand, the last serious socialist to lead a major European nation, speaking of Margaret Thatcher, who helped bury socialism as a doctrine of governance.

Mrs Thatcher discarded social responsibility for profit, Tom Johnson built something worth while; which contributed more to the public good?

from ORGANIZED RAGE by Organized Rage

We live in Thatcher?s Britain – that statement is obvious, yet contentious and deeply divisive. And this is all the more true north of the border.