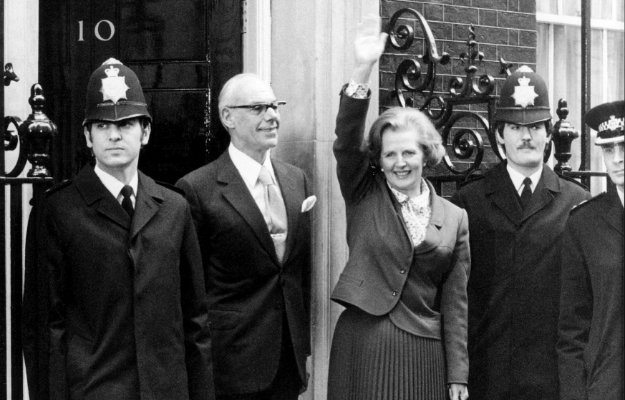 from Ideas on Europe by Osmi Anannya 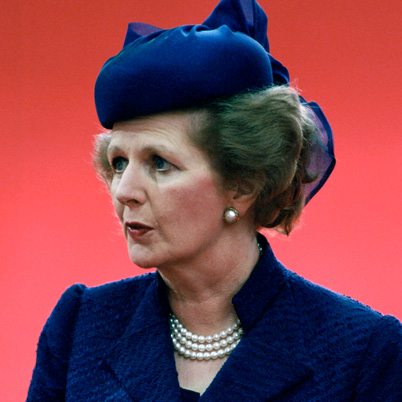 Margaret Thatcher was born in Grantham, Lincolnshire on 13 October 1925, to Alfred Roberts and Beatrice Ethel. Her father use to own two grocery shops and young Thatcher spent her childhood in a flat above the largest of those two shops. She graduated in a Chemistry Bachelor of Science degree from Oxford University in 1947, spending much of her early life being inspired by the political works of Friedrich von Hayek (famous for his defence of classical liberalism). After graduation she spent some time working as a research chemist for several companies from BX Plastics to J. Lyons and Co., and also joined the local C

The first woman to be UK prime minister, Baroness Thatcher, has died at the age of 87 following a stroke, her spokesman has said.

French forces launch one of their biggest offensives against militants in northern Mali before the start of their troop withdrawal later this month.

The UKIP factor and German politics: All eyes on Alternative für Deutschland

Germany’s new anti-euro Alternative für Deutschland party is still in its infancy but it has already generated huge interest at home and abroad. While we are not expecting it to cross the 5% threshold in September’s federal elections – not even close – with polls between the CDU/CSU and FDP vs the SPD and Greens as tight as they are (see here for latest figures), AfD’s electoral result could have a huge bearing on the nature of any coalition government that emerges from the elections, a point also made by Thorsten Junghold in today’s Welt. He cites the recent regional election in Lower Saxony, where the CDU incumbent David McAllister came up short by 335 votes while the Free Voters (a separate euro-critical movement) scored 39,000.

from Project Syndicate by Arvind Subramanian

While some observers argue that the key lesson of the eurozone?s baptism by fire is that greater fiscal and banking integration are needed to sustain the currency union, many economists pointed this out even before the euro?s introduction. The real lessons of the euro crisis lie elsewhere ? and they are genuinely new and surprising.

Yet again the eurozone crisis is butting heads with national democracy

from Project Syndicate by Hans-Olaf Henkel

Although the euro has become an economic nightmare, inciting unrest within ? and distrust among ? EU member states, few dare to challenge its structure, let alone propose alternatives. But it is increasingly clear that escaping the crisis will require a fundamental reassessment of the current one-size-fits-all monetary union.

If the government is smart, it will use the setback from the constitutional court?s ruling on austerity measures to get even more serious about reform

The European Commission has proposed amendments to the Transparency Directive 2004/109 in order to ease the regulatory burden for listed small and medium-sized enterprises (SMEs), but also to establish uniform administrative sanctions and to clarify various duties. Read: Amending the EU Transparency Directive

The common view that Berlusconi’s omnipresence in Italy’s political life was facilitated by his control of the media is only partially true. Relations between Italian media and politics have, in fact, a much more complicated history tracing back to decades before the Cavaliere’s reign.

Over the last decades, the Italian media has become a scene for the soap opera of Italian politics. Will Beppe Grillo’s recent electoral successes, partly due to his heavy use of social media, put paid to the media-politics status quo in Italy?

The German print media is going through a rough phase, with many newspapers closing and journalists laid off as a result of declining revenus. This structural crisis is having a negative effect on the quality of public debate on essential issues, such as the EU.

Instead of the promised recovery, the Portuguese face a much deeper and longer recession than the government or international lenders had foreseen

Portugal’s Prime Minister Pedro Passos Coelho on Sunday announced further austerity measures in the areas of social welfare, healthcare and education after Portugal’s Constitutional Court rejected the 2013 budget on Friday. Some commentators see the ruling as an important signal against excessive austerity. Others warn that it will block the consolidation of the country’s public finances.

The deputy governor of the Hungarian central bank resigns in protest at changes to the way the bank operates.

The Political Pantheon of the Bulgarian Spring

from Ideas on Europe by bulgarianperspective

Late January, 2013 marked the onset of the ?Bulgarian spring,? as the ?art of government? collided with the force of the public will.  Tumultuous events were ignited when post-socialist, post-EU accession Bulgaria was hit by dauntingly high energy bills.  Public discontent erupted throughout the country; all major cities lit up by strong mass civil protests against the energy monopolies.  The economic crisis quickly escalated into a political one.  On February 21st, 2013, the cabinet resigned, adding their former political personae to Bulgaria?s political pantheon.

Solidarity among Europeans. But Brits are different.

?Europeans show strong sense of solidarity? ? it seemed a counter-intuitive headline (in a tweet from @svaroschi) in these times of social strife. The story was Deutsche Welle?s coverage of some new research conducted by the Open Society Foundations. The summary of the research is here (although that makes no specific mention of the UK), and the full results tables are here (PDF). The research is the basis of a new campaign ? Solidarity Now ? urging support for the people of Greece. This video is their launch pitch: