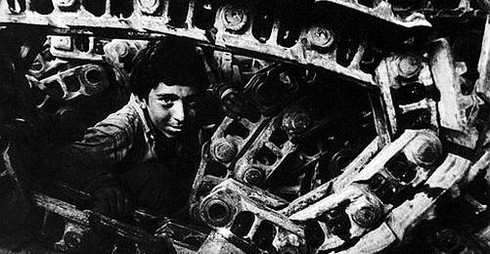 According to a recent report released by Turkey’s main statistics institute, there are currently 893,000 child workers with half of them not going to any school in Turkey

On Turkish Media: What I Told Al Jazeera and They Couldn’t Air

Al Jazeera had interviewed me in its Istanbul office in late January. They finally informed me today that they didn?t get to use the interview in the piece that they aired last week as “something happened to the tape” and they couldn?t get it to work back there in London. So, I’d like to share the transcript of their questions and my answers here:

A Silopi district court ordered Peace and Democracy Party deputy Sebahat Tuncel to pay roughly 12,000 euros for slapping a police chief at a Newroz celebration in 2011.

European Syriacs propose new commission for their return to Turkey

Following Culture Minister?s call for the return of Syriacs to Turkey, a Sweden-based organization has sent a letter requesting the establishment of a commission.

Major tried for ?rape of soldiers?

Social Rights in Turkey and the EU accession

Süleyman Çelebi, CHP İstanbul deputy, Member of Health, Family and Social Affairs Commission I would like to provide you with a summary of CHP?s appeal to Constitutional Court for cancellation and stay of execution of the relevant articles and provisions of the Law on Trade Unions and Collective Agreements (Law 6356). Süleyman Çelebi CHP Deputy

Only three Kurdish translators are presently on the Istanbul Justice Commission?s list.