Official sources from the Turkish Prime Ministry has confirmed that Israel has apologized.. 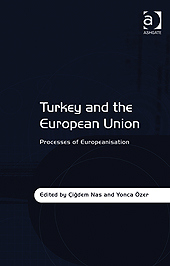 This book studies Europeanization in Turkey since 1999 when the country earned official European Union (EU) candidacy status at the EU?s Helsinki Summit. The contributors seek to identify and explore the extent, pace, nature, direction and impact of Europeanization in wide-ranging issues and policy areas. The specific purpose is to evaluate Turkey?s EU accession process by testing the principal theoretical models of Europeanization in the individual case studies: the external incentives model, social learning and lesson-drawing models.

Center for Strategic and International Studies (CSIS) March 20, 2013 Abbreviated Edition By Stephen Flanagan, Bulent Aliriza, Jon B. Alterman, Andrew C. Kuchins This report presents the key findings of an 18-month CSIS project to assess the forces and interests shaping relations among Turkey, Russia, and Iran; the strategies that these governments are pursuing to

Not everyone is enamored by Erdoğan

A Dutch Member of European Parliament has asked the European trade commissioner to consider the impact of the Transatlantic Free Trade Agreement.

Turkey will contribute to the growth of EU if it joins the union, Turkish EU Minister Egemen Bagis said on Tuesday.

Homosexuality, which is labeled as a ?sexual choice,? is contrary to the culture of Islam, Prime Minister Recep Tayyip Erdoğan said