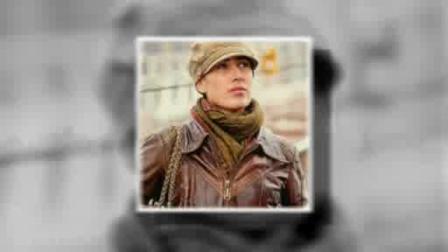 from Hurriyet Daily News
Ziya T., the top suspect in the murder of U.S. citizen Sarai Sierra, was detained in the southern

?I regret what I did,? Sierra murder suspect says after being transferred to Istanbul

from Hurriyet Daily News
Ziya T., the top suspect in the murder of U.S. citizen Sarai Sierra, was detained in the southern.

US, Iran nuclear teams to Istanbul for technical talks

Arms control officials from Iran and six world powers head to Istanbul next week to discuss a revised nuclear proposal that Iranian officials welcomed as a ?turning point? at a meeting in Kazakhstan last month. The U.S. team to the Istanbul talks

Mayor of Istanbul Kadir Topbas said yesterday that he invited US House of Representatives Minority Leader Nancy Pelosi, a strong supporter of Armenian Genocide Resolution, to Istanbul to reaffirm the strong ties between the two countries. Speaking at

Istanbul municipality’s parking lot operator, İSPARK, has a turnover higher than the budget of 52 provincial municipalities, a Finance Ministry inventory study has shown. The report identified more than 300 municipal companies operating throughout the

The İstanbul Municipality has been preparing for the 8th International Tulip Festival by planting around 13 million tulips in various parts of the city. Municipal official Mehmet İhsan Şimşek stated that they started to plant tulips in November 2012

from Istanbul Eats by vlarson

The Delightful Street Food of Istanbul

March 10 – Turkish food is one of the most complex and interesting cuisines of the world. The city of Istanbul was first Byzantium and then Constantinople, always being a bridge between Europe and Asia. Influenced by both visiting merchants and lands

The world record setting garment was recently unveiled at Istanbul’s Bayrampasa Municipality by the Turkish Minister for the EU Affairs and Chief Negotiator Egemen Bagis and Istanbul Mayor Bayrampasa Atilla Aydiner. Knitted for the purpose of drawing

Ottolenghi in Istanbul | Many Turkish delights

The Environment and Urban Planning Ministry is working on plans for a massive new project across 42,000 hectares of land and spanning eight Istanbul districts, with the looming prospect of forced expropriation if compromise is unable to be reached with

Istanbul will need to build from scratch nearly all of the venues for the Games. It will need to convince the IOC that it can also guarantee the transport structure and depth of hotel accommodation necessary to handle an expected million visitors and

Ministry takes over military property next to Istanbul airport

The controversial land dispute revolving around the Turkish Armed Forces property next to Istanbul’s Atatürk Airport has recently been settled, after military officials agreed to turn the property over to the Ministry of Transportation, daily Zaman has

Istanbul Museum Stroll: At the Pera

ISTANBUL?Many of the artists whose works are being shown at the Pera Museum these days might say they owed a debt of gratitude to the 75-year-old cubist painter Muhanna Durra of Jordan. Like many of the 44 artists in the current Pera exhibition